My friend Bobbi and I went out to the new Mancuso Show in Lancaster today. It's a relatively easy drive, made all the better by Bobbi's choice to take Rte 30 for much of it. We arrived a little before eleven o'clock.

The show itself was really good. Lots of pretty quilts, lots of big pretty quilts. Yes, there were many of the kinds of things that don't interest me, i.e., thread painting, intricate machine quilting, that kind of thing. But there were plenty of nice big pieced quilts. There was a fine assortment of vendors, some of the ones we usually find at big shows and some different ones. I went without a shopping list and bought only about eight fat quarters.

The venue was another story. The show was held at the old Lancaster Host, recently acquired by Wyndham and in the process of being remodeled. Bobbi, who knows things, told me that Mancuso had been promised everything would be done in time. Being married to an architect, I have a pretty good idea how realistic those promises are. It wasn't Mancuso's fault. It wasn't Wyndham's fault. It prolly wasn't even the contractors' faults. Construction delays happen.

Consequently, parking was problematic because of all of the equipment needed for construction. The floor in the Lampeter exhibition hall was irregular, patched, taped-down cords all over, areas where it felt as though carpet had been placed over open spaces (not huge ones, just enough to be alarming). It was very, very crowded with narrow spaces between booths. Vendors were kind of somehow mixed in with quilts. It wasn't a place you would want to be if a fire broke out. Signage was poor. The ladies room on the main level had five stalls, none of them handicapped, and of the five only three were working. Downstairs, where there were fewer people looking at the exhibits there (due to the signage problem), there were plenty of working toilets. The exhibit space downstairs was great. The old Tennis Courts area was also still being remodeled, but the floor was more stable, there was much more light than there used to be, and there was more space to move around. Nice bathrooms there, too.

Will I go back next year? You bet I will. It was a very good show with excellent vendors. And in a year the hotel should be humming.

Here are the photos I took of quilts I liked: 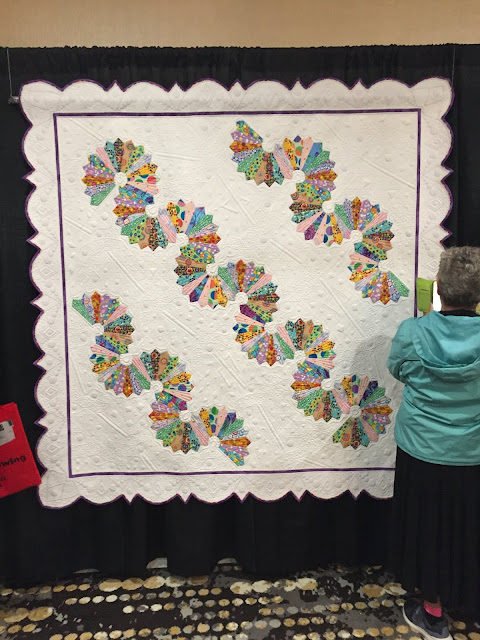 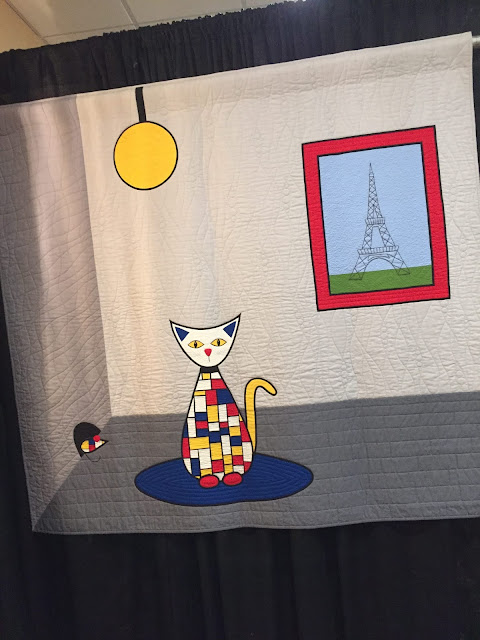 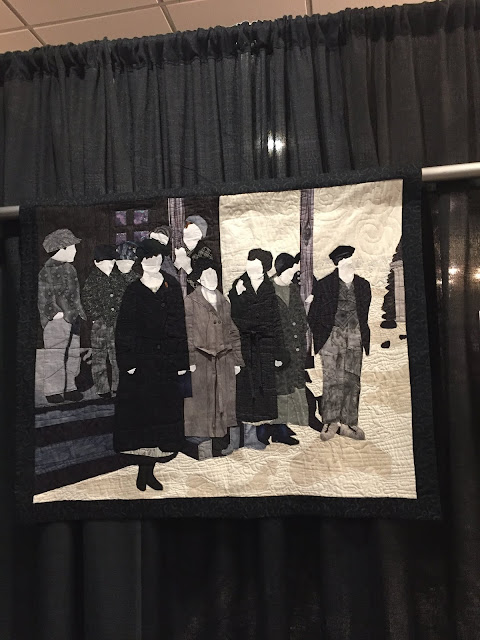 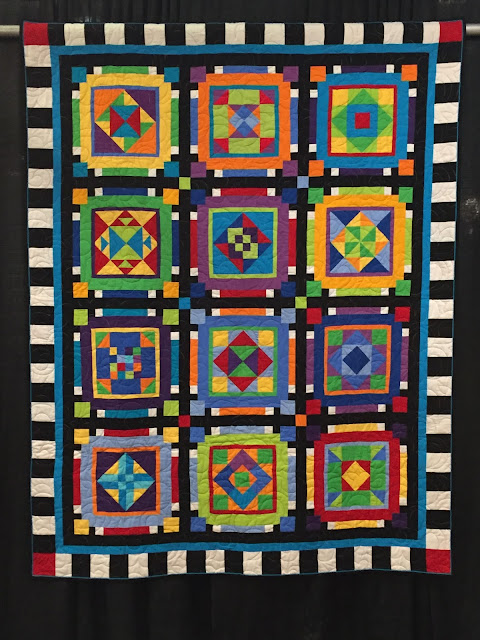 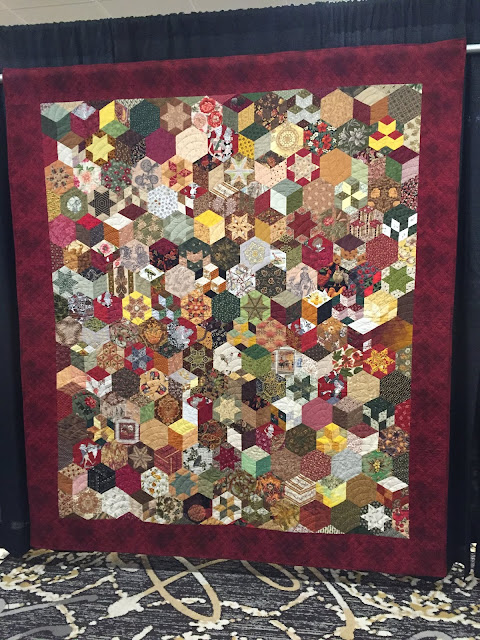 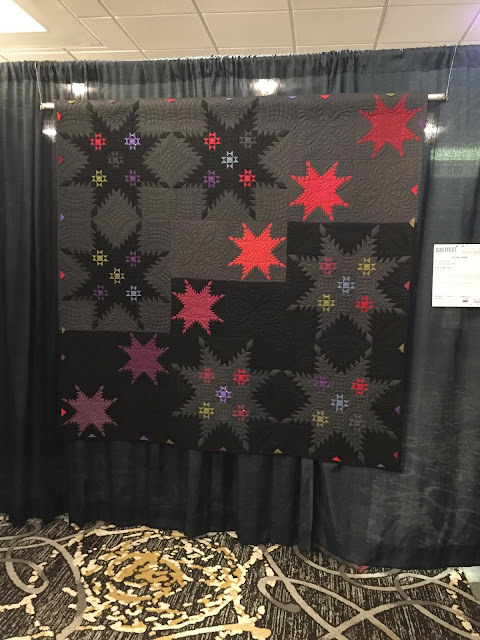 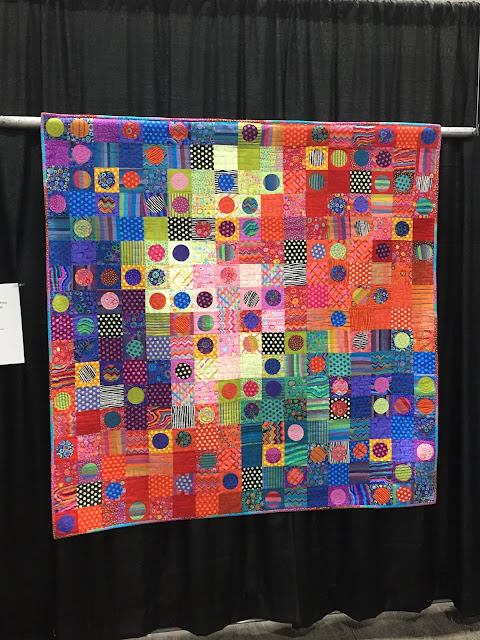 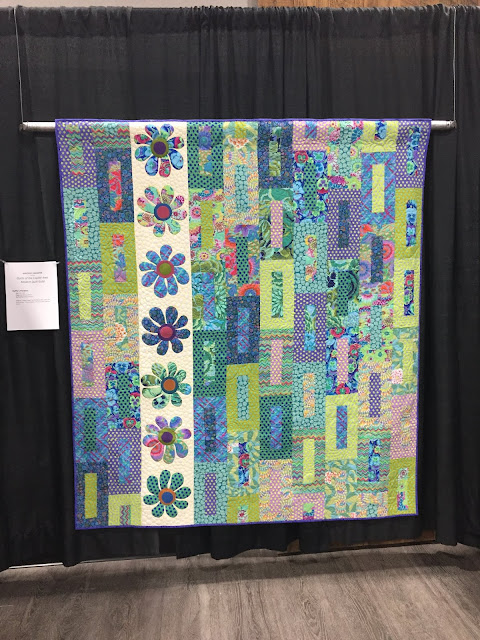 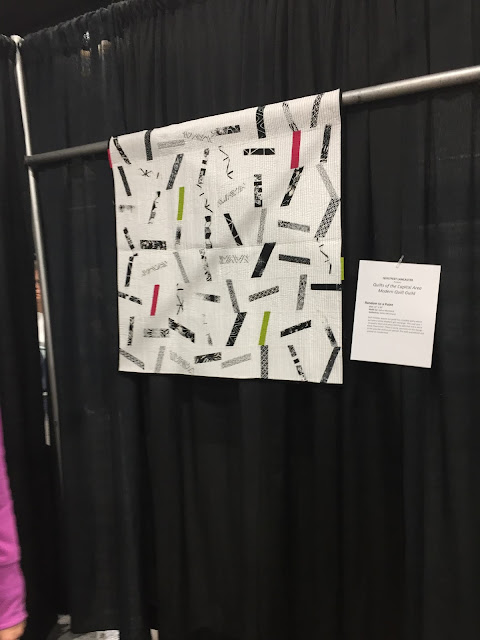 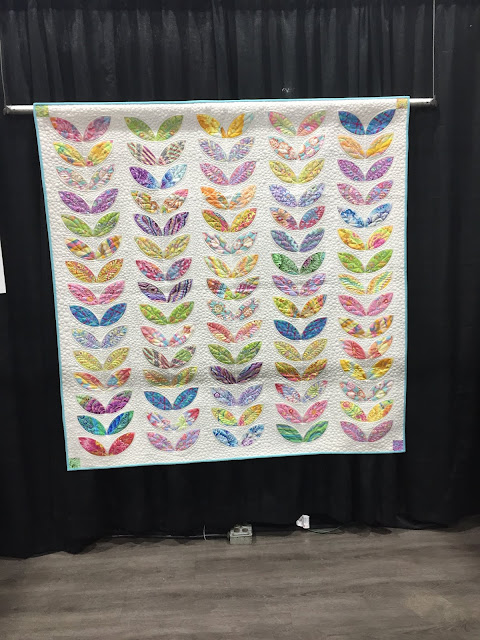 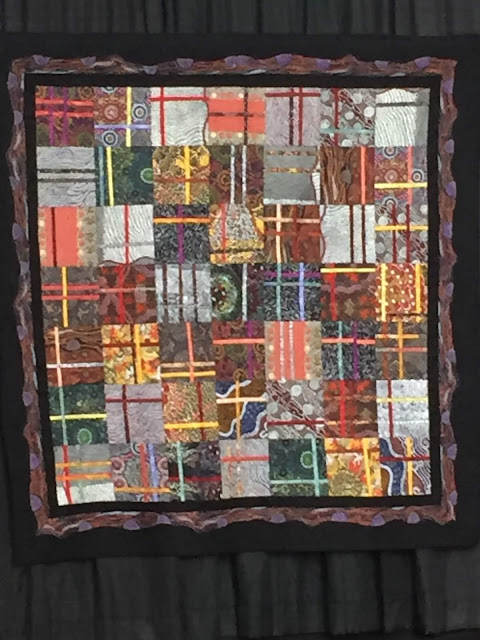 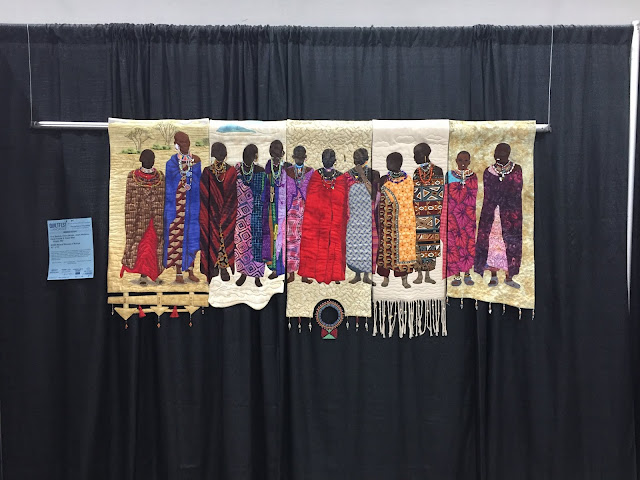 Cathy said…
It was lovely to see you and Bobbi at the show! And many of your favorite quilts are also ones i enjoyed. The show was definitely inspiring.
Friday, May 10, 2019 7:54:00 PM

Anonymous said…
Thanks for showing the quilts that you liked. There were several that I really liked also and will put on my list of possible to-do quilts. Glad that you enjoyed yourself.
Saturday, May 11, 2019 1:44:00 PM

Barbara Anne said…
Wonderful quilt photos and am so glad you, Bobbi, and many, many others got to enjoy the inspiring eye candy and plentiful vendors.