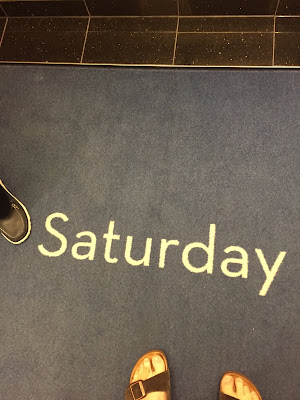 This post will cover two topics: (1) What we did on Saturday and (2) Odds and ends aboard ship.

I don't know how many elevators there are on Zuiderdam. I know that #18 and #20 were the ones closest to our cabin. I know that the even-numbered elevators are on the port (left) side of the ship and the odds on the starboard (right) side. I know that as confused as Bonnie and I were for a long time, there must have been people even more confused because each morning when we'd enter an elevator, the changeable carpet would tell us what day it was!

Saturday was a big day. Most people were saying that it was going to be the highlight of the trip. The quilters weren't all that sure about that, but I'm getting ahead of myself.

Saturday was the day we would transit the Panama Canal! The plan was that the Atlantic-to-Pacific crossing would take place in the morning and upon arriving at Lake Gatun, most passengers would get off the ship to take part in one of many different excursions that were offered. Then the ship would turn around and cross the Canal again, this time Pacific-to-Atlantic. Bonnie and I eschewed the excursions, opting instead to stay aboard, observe the second transit, and enjoy some free sewing time. When the ship docked at Colon, we did get off briefly, but there really wasn't much to see or do there in the port, and time was limited.

The crossing was really interesting, especially because the Captain used the public address system to explain everything as it was happening.

Here are some photos of the Canal crossing along with a treat that is apparently traditionally served at the time of a crossing: a Panama roll. It tastes somewhat like a Boston Cream doughnut without the chocolate topping. I liked it. 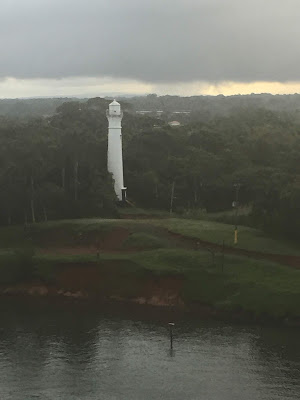 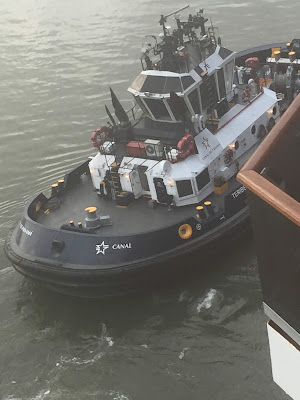 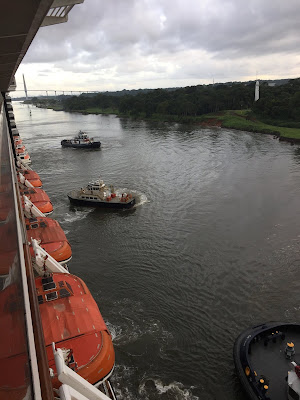 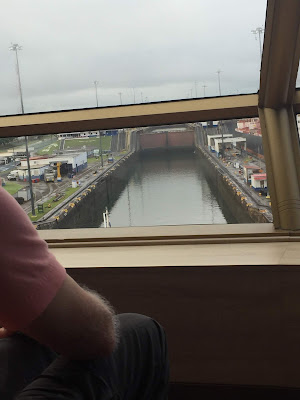 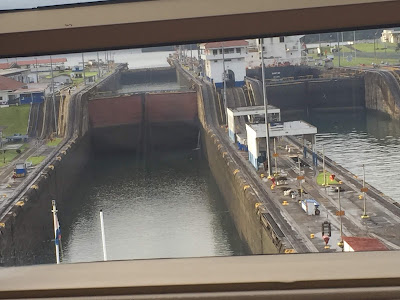 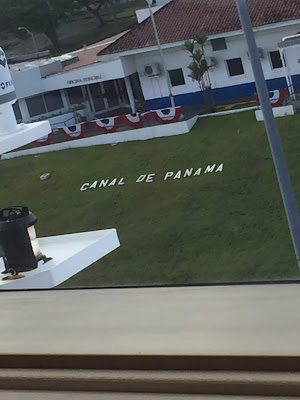 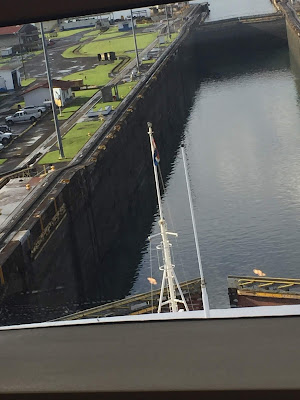 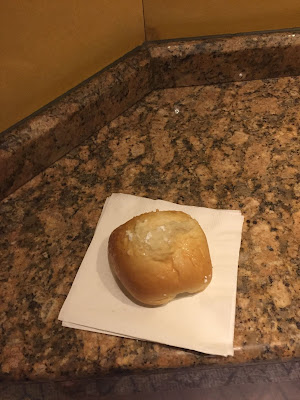 Now for some photos from the ship that don't seem to fit anywhere else in my narrative:

Barbara Anne said…
I don't know where my weekend went, but I've enjoyed playing catch-up today and have read about the last 3 days of your cruise account. What fun! You and your sister certainly chose wisely about classes and how to spend you time.

The Chained Medley pattern is intriguing, too.

Quiltdivajulie said…
I guess the steward figured it was better to ask in case people responded with that extra tip even with the offset being told no. Glad you and Bonnie had such a good time and shared so many experiences together.
Monday, November 25, 2019 12:03:00 PM