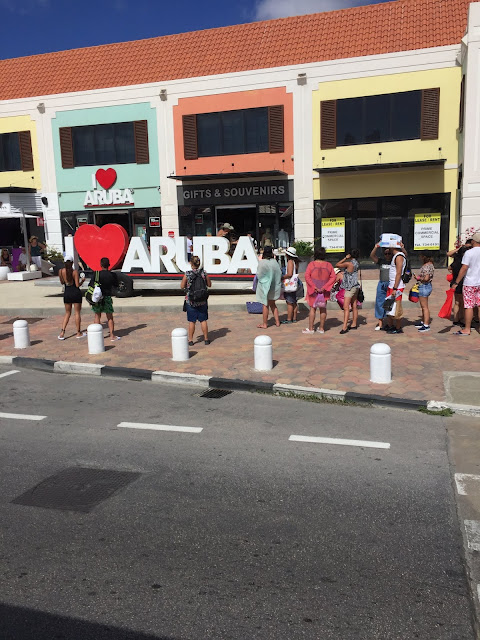 The next day found us in Oranjestad, Aruba. Neither of us elected to take one of excursions offered. We got off the ship with the intention of wandering around to see what we could see.

A local chicken bus tour operator approached us. It seems that with inflation the old fifty cent tour is now the twenty dollar tour. Still sounded like a bargain to me. Bonnie wasn't certain, so she chose to wander the port on her own while I took the tour. I had a fine time, but it turned out that she had the more impressive experience of Aruba in that she witnessed a proposal of marriage! She reported that one Aruban had gone down on one knee before another Aruban directly in front of a T-shirt shop and popped the question! The lady accepted, to the applause of all of the American tourists standing by!

My tour included: (1) a site of rock formations that had been deposited on the island right in that spot many, many, MANY years ago as the result of an underwater volcanic eruption. The rocks were beautiful and the area was full of huge cactuses. Most of the island featured cactuses; the guide told me that there are ten different varieties in Aruba. (2) The first Catholic church established on the island. I was especially glad to make this visit because when Joe and I travel in Europe we always visit a lot of churches. (3) The light house.

Following are photos from my tour, including the chicken bus. Alas, Bonnie was unable to photograph the proposal. 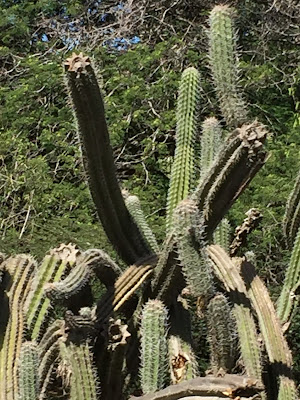 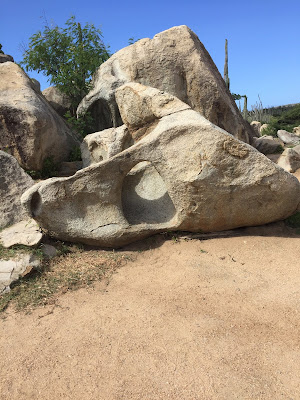 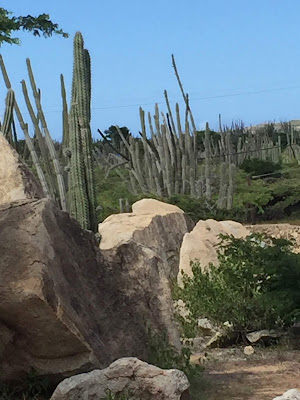 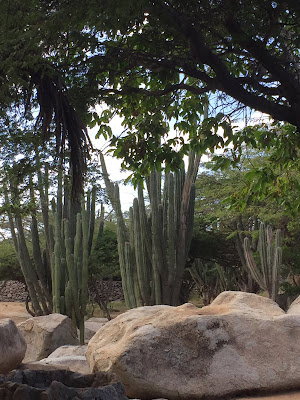 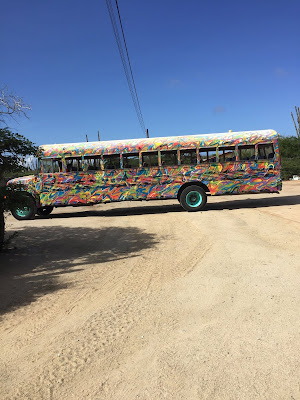 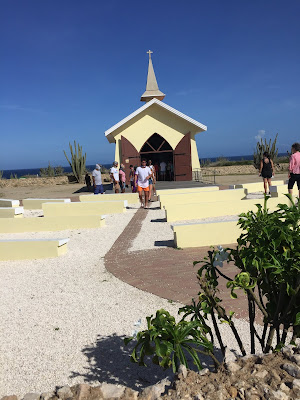 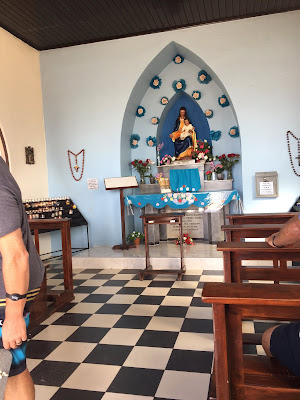 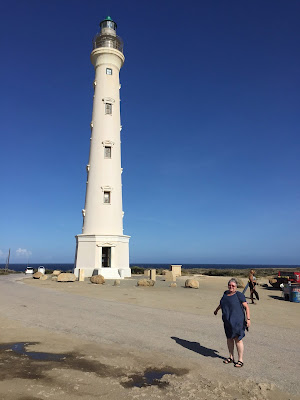 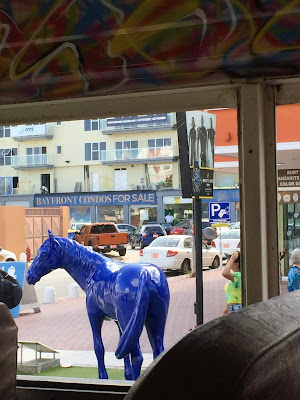 This most excellent blue horse was not part of my tour, but I glimpsed him out the window and later investigated.

It seems that there are eight blue horses throughout downtown Oranjestad. I understand that they represent a historical moment when a group of horses were on a boat to be traded when they jumped into the sea and swam into the port of Oranjestad. I only saw the one.

Robby said…
Some of those rocks are very cool. I would not have anticipated cactus in Aruba, but I guess that's part of why we travel?
Saturday, November 23, 2019 9:53:00 AM

Quiltdivajulie said…
Looks like your tour yielded some lovely sights to see.
Saturday, November 23, 2019 9:54:00 AM

howdidIgethere said…
The cacti and rocks are impressive, but my favorite is that clean, spare interior of the church.
Saturday, November 23, 2019 10:47:00 AM