Meanwhile, Back at the Church 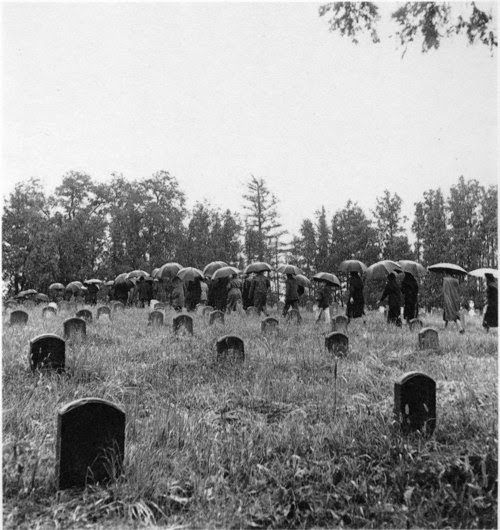 I haven't written a whole lot about my job at the little church Not Far From Philadelphia. At this point I am working there four mornings each week, for four hours each morning. I had been hired at 20 hours a week, but there really wasn't enough to do, so I asked for a reduction in hours.

The people are awfully nice, earnest, good souls. I haven't met more than about fifteen or twenty of them, but the ones I've met are just wonderful. The rector is a sweet, young man, also very, very earnest.

About a dozen years ago, the church was thriving. The then rector had a very conservative theology and the vast majority of the congregation subscribed to it. As I understand it, when the gay bishop was installed to head the Episcopal church nationwide, this rector and his flock pulled out of this church and rented space elsewhere, leaving the diocese and affiliating with an Anglican communion based somewhere in Africa. The dozen or so remaining members  struggled along and eventually called a priest who stayed for several years and built the church up a bit; then he left and the present rector came.

The property is gorgeous, but in disarray. There isn't enough money for regular ongoing preventive maintenance, so the property committee is constantly putting out fires (figuratively speaking). The autistic school has outgrown the place and will be leaving during the summer for a bigger space elsewhere, and the vestry is vigorously seeking a new tenant. A day care, perhaps. I honestly don't know if they can stay open if they don't find a tenant.

There's a very beautiful graveyard adjacent to the church, and there's an odd situation that many of the plots belong to the people who bought them before the split, people who now worship elsewhere. Every now and again we will have an interment of a plot-holder who is no longer a member.

Such was the case this morning. A small group of people gathered to say goodbye to a man who had been a good husband and father. The memorial service was to be at another time and place, but the interment of the cremains was set for today. Yesterday I spent some time with the brother of the deceased, showing him exactly where the plot was. I arranged for the grave to be opened. The brother was distressed at the need for mowing; I arranged to have it done before morning.

The photo above is a sort-of famous one by Dorothea Lange; it wasn't taken this morning at the graveyard where I work. But it closely resembles the scene I viewed. I like it. And I liked standing at the window and looking out at the small group of people huddled under umbrellas as James was laid to rest. Those great, big, black umbrellas, the rain-clean trimmed grass and gravestones. It was all beautiful in a very strange kind of way.

Pat said…
I finally have it! You are a word painter. You take words, arrange them, tweak them, pat them down, until you have a have a picture that lets us see what we could not see before. Loved this one.
Wednesday, May 28, 2014 7:09:00 PM

Mrs. Goodneedle said…
That is a very clear picture that you paint of a most interesting job thay you have now; one that is new, different and chellenging at every turn. Thank you for sharing it with us. Hugs~
Thursday, May 29, 2014 6:52:00 AM

I have friends who have been impacted by the divisive events in the Episcopal church and it is a sad, distressing situation. I hope and pray the church where you work finds a wonderful new tenant to share the space.