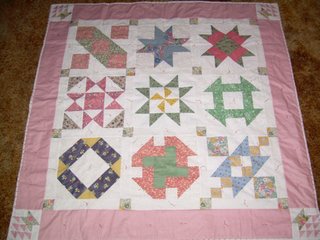 Peter came to work at our school fresh out of college. Alison, the woman who was running the Upper School office at that time used to say, "Peter's the brother you never wanted." He's got this goofy, sheepish demeanor that at the same time is tremendously engaging. Perhaps you'd have to be a mother to understand what I mean. He's perceptive, wise, and amusing; the past two years he's added college guidance to his portfolio of skills, the one that started out with admissions and English teaching. He's acquired a master's degree very quietly. Winter before last he sported a red fleecy top, earning himself the nickname of "Elmo."
. . . .
When he found out I had a blog, he needed to read it. I liked that. He came back to talk to me about the posts I'd written about Chautauqua, and the need to return from the mountaintop experience to the real world, and the contrast of doing that. He said, insightfully, "I guess in a way working at a Quaker school is a kind of middle ground." And he was right.
. . . .
A couple of times each year he'll show up at my office door, asking for an appointment with the Head of School. It's usually about, "My future." I call him my favorite neurotic.
. . . .
Last spring he came for a different reason. He wanted to see me, to tell me something. He and his wife were expecting a baby girl in September. I was so happy for them because I know Peter will be a wonderful, involved, devoted father to a daughter. For a time they were considering the name "Elizabeth Bennett" because Elizabeth is a terrific name and Peter's field is English. But when she showed up, it turned out that she is Elizabeth Mattea. I'd never heard that middle name before and I just love it -- it is feminine and strong at the same time.
. . . .
Elizabeth Mattea's quilt is made from some 30's/white-on-white blocks. It seems just right for this little girl.
Email Post
Labels: Baby Quilts