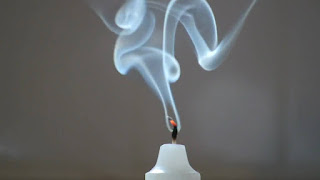 These internet relationships, well, they're complicated.

It was in the late 90s, when the world wide web was still very new to me, and a virtual friend named Desertsky (pronounced Desert Sky, not de-ZERT-ski) invited me to join a small internet group list called "Fat Quarters." Her friend Bonnie Hunter and another friend Jill [surname forgotten] had decided it would be fun to form a new group of people who mostly didn't already know each other. I "met" a fabulous group of women through this group, many of whom I'm still in contact with today, even though the list became defunct as blogs and Facebook bloomed. Most of us are minimally connected through FB.

Early on, Marilyn and I hit it off. A prolific quilter, Marilyn soon became known as "Speedy." She was full of ideas, and actually carried them out. No stack of UFOs for that gal. At one point, she and I decided to deplete our flannel stashes by making pairs of blocks, sending half to each other, and putting them together for charity quilts. We must have made a half-dozen each.

Marilyn and Kathy came to Lancaster at one point early on, and I drove out to meet them for lunch. That was the sum-total of our in-person experience. One lunch. But we had so much more. She encouraged me as I explored the possibility of hospital chaplaincy. I supported her as she watched her husband lose his cancer battle. I could always count on her for a word of wisdom; she told me once that I was "a constant in her life."

Marilyn participated in most of the block swaps I ran over the years, with Speedy always being the first to send in her creations. And they were perfect. And beautiful. She was a generous and thoughtful friend. Spontaneous gifts would show up in my mailbox with no identification, no return address, just the suspicious postmark "Corte Madera, CA."

As a Scrabble opponent, she was the best ever. A linguistics major, Marilyn knew more words than anyone I've ever met. I used to have fun creating definitions for ones that she would spring on me, and we'd go back and forth, refining and improving said definitions. I'm a decent Scrabble player, but on the occasions when I'd defeat Marilyn, I'd feel exuberantly proud. Especially since most of the time in my games with her my rack would be filled with one-point vowels and the occasional N. I connected Marilyn with the next-best Scrabbler I know, my nephew Scott. The two of them trounced me regularly.

In the middle of last week, a side message on a Scrabble game said, "Missed a step. In the hospital with two pelvic fractures." I responded appropriately -- telling her the hospital was MY turf -- and then the game went quiet. I imagined she hadn't had her phone charger with her and the phone battery needed juice. Yesterday I started to worry. Surely someone would have intervened and helped charge that phone. "Worrying about you," I texted.

The phone call this afternoon was from a number in San Francisco. Turns out it was Marilyn's number, but it was her son calling to tell me she'd died in her sleep, probably not long after playing "BA" for eighteen points.

Like I say, it's complicated. One lunch together, about twenty years ago. And so much more: laughter, blocks, wisdom, camaraderie, faithful friendship. And an unfinished Scrabble game.

Nann said…
I'm sorry for the loss of your friend, Nancy. A similar event happened recently to the RCTQ Facebook group, who began with the newsgroup rec.crafts.textiles.quilting in the 1990's.

Yes, cyberspace enlarges our pool of acquaintances -- but it's a broad and somewhat shallow pool as opposed to the deep well of friendships. As my college fraternity Purpose states, "to cultivate acquaintance with many whom I meet / to cherish friendships with but a chosen few and to study the perfecting of those friendships."
Sunday, November 01, 2015 5:09:00 PM

Ms. Jan said…
What a loss. Marilyn sat beside me and handed me the pieces of an incomprehensible mystery quilt one year at Sisters. I'd never have finished if not for her. She will be missed!
Sunday, November 01, 2015 5:28:00 PM

Ray said…
Such sad news. Marilyn was such a wonderful, giving woman and an amazing quilter. Thanks for the post, Nancy. I'm sorry for all of us who knew her!
Sunday, November 01, 2015 5:45:00 PM

Synthia said…
I'm so very sorry for the loss of your dear friend. Sending my condolences.

LizA. said…
So sorry to hear of the loss of your friend but how very kind of her son to respond to your message and let you know of her passing. You story makes me realize that we need to leave instructions with our loved ones for what to do/say for my online only friends. I don't know that dh would even think to respond to a message on my phone, or even look at it for that matter.
Sunday, November 01, 2015 10:57:00 PM

jirons42 said…
I am so sorry for your loss. Friends are so important in our lives. I have several in the last couple years and miss them every day.
Monday, November 02, 2015 5:25:00 AM

Barbara Anne said…
What a cherished, good friend in deed and in time of need Marilyn was and an inspired and inspiring quilter, too. My sympathy to you and to all who loved her.

Karla said…
Nancy, so sorry to read about your loss. I have several internet friends like that and one who I never met, but are great friends. He has been battling cancer and I so worry. Recently he married and I rejoice for him. You and Marilyn's loved ones will be in my prayers.

Tanya said…
So sorry to hear about your friend. How wonderful that she made such a big impression in your life... and you must have made the same for her.
Tuesday, November 03, 2015 5:06:00 AM

Cathy said…
My thoughts are with you Nancy. May all of your wonderful memories of such a special friend rbe of comfort to you now and in the days to follow.
Tuesday, November 03, 2015 6:18:00 AM

Deb Sews Quilts said…
I am sorry for your loss. I read her blog. I followed your webring and wondered what happened when it no longer came up.
Saturday, November 07, 2015 6:57:00 AM