We've Got to Try 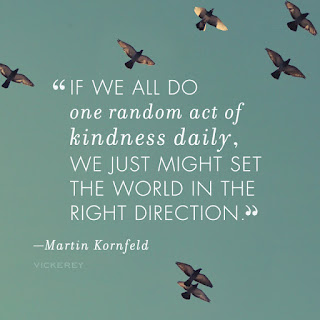 A couple of days ago, someone posted this on Facebook:

There is a military coup going on in Turkey. I've spent some time in Istanbul and it is a nice city. To think that things like that can happen in pretty damned civilized countries is disturbing. The fact that there are so many Americans losing their damn minds lately makes me wonder how close to tipping this boat is.
Anyway, back to your Pokemon and Trump rallies.

His frustration was palpable.

His observation came to my attention because my niece had commented on it, writing:

. . . all of us who believe in human decency and would like to live in a peaceful world can't just sit back in horror watching the news and then keep going on doing what we're doing. We don't have to stop what we do (play games, work at our jobs), but we should all take some sort of step to bring more peace to the world. Examples include doing a good deed for someone who is different from you (whether it be a different ethnicity, religion, cultural background), telling a local policeman you value the work they do, writing to your political representatives and making suggestions for how they can support the change you'd like to see in the world, etc.

Around the same time, a link in my mailbox led me to a blog post that talked about the first world phenomenon of obsessive self-care. The author, one Laurie Penny, writes:

The slow collapse of the social contract is the backdrop for a modern mania for clean eating, healthy living, personal productivity, and “radical self-love”—the insistence that, in spite of all evidence to the contrary, we can achieve a meaningful existence by maintaining a positive outlook, following our bliss, and doing a few hamstring stretches as the planet burns. The more frightening the economic outlook and the more floodwaters rise, the more the public conversation is turning toward individual fulfillment as if in a desperate attempt to make us feel like we still have some control over our lives.

This juxtaposition occurred precisely at the time that I was so despondent by what I hear on the news and what I read on Facebook that I was seriously considering a time-out of indeterminate length from both.

I'm not playing Pokemon Go, but I can understand using it as an escape from the current unpleasant reality. I'm not drinking kale smoothies, but can understand the idea that taking care of the self is one thing we can actually choose to do. These are not really very different from considering a news-and-FB black-out. And all of these things bring temporary relief so we don't have to feel like May Boatwright from The Secret Life of Bees who needed a kind of wailing wall where she could go to process the suffering she saw around her.

Temporary escape is fine, but as my niece says, it isn't enough. I can't pray for peace without having a willingness to commit -- in whatever small ways I can -- to helping to achieve it. I can't wish for the world to be different unless I am ready to be different myself.

Yesterday, our pastor, wrestling with the dreaded Mary-Martha text, made an impassioned plea that we listen -- really listen -- to each other. Sometimes that is all it takes to make a difference. And if we want to do more but lack ideas, we can go here for inspiration.

One random act of kindness daily. I'm committing to try. How about you?

Quiltdivajulie said…
You are not the only one contemplating a FB time out (the televised news has already gone away). I like the idea of RAOK and have for a long time. Great post, Nancy!
Monday, July 18, 2016 9:42:00 AM

Karla said…
Wonderful post. In a time when we feel so hopeless and helpless it is good to be reminded to commit a RAOK everywhere we go. And the funny thing is, not only do we help someone or just put a smile on some else's face, we fill our hearts with peace.

Sue said…
I took a FB time out in May, dropped the app, stopped looking each day, and am ready to do it again. I stopped the news ages ago. We would watch at dinner time and it was making me ill. Now I plan an early dinner, leave my husband to watch and retreat to read or sew. I am doing the same with the convention this week. You have given me a suggestion of something positive to do. Challenge accepted. Thanks Nancy.
Tuesday, July 19, 2016 9:02:00 AM

Barbara Anne said…
What an apt and thoughtful post and a very worthy goal. What the world needs is abundant kindness and consideration for all. My lupus annoyance keeps me home a great deal, but I can write kind comments on blogs around the world, be helpful to all of our neighbors, and speak an encouraging word to all I meet.

Nann said…
What bothers me about RAOK is that if you *commit* to doing them, then they're not random. Let's practice *intentional* acts of kindness! (I admit I need to be more intentional.)
Saturday, July 23, 2016 10:15:00 AM