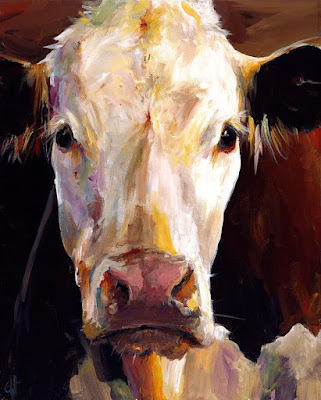 Okay, so I'm trying to be positive, optimistic, all that stuff. I've cleaned up my FB account so that I'm still Friends with but no longer Follow any individual whose posts are primarily political, no matter what side they are on. I've Unfollowed most of the news and all of the "news" sites. I'm still getting the more-than-occasional political post, but I've been doing okay with that.

Not one, not two, but three people of my acquaintance posted links to an article where the author purportedly was condemning people who bash Donald Trump's young son, Barron. The snip from the article that appeared on FB said that it just wasn't right to go after a politician's child. No one I know is doing this, but I thought I'd click through, read the article, and perhaps share it. You know, kind of Just In Case.

Clicking led to the article, a passionate plea to not pick on, not make fun of, this young boy. The article was even written well.

But the author apparently had a hidden agenda, some kind of alternative facts if you will, because at the end of the article were photographs of the very nasty, unkind and inflammatory tweets about Barron that she had just finished condemning in her pious, righteous article! I felt angry. I felt duped. I felt like a COW* who was about to let out a Major Moo.

Author, listen up! What you did is NOT what she meant by "When they go low, we go high." Not a bit.

Here is something inspiring from 8 years ago:

stitchinpenny said…
That is funny in not the haha funny way. I asked a question about the marches on Saturday which was more rhetorical than real and got bombarded by both sides. There is a gaping wound in The United States and people have to put away the salt and start the real work required to heal. Thanks for being a person who is willing to heal in spite of your political choices, or maybe because as an American you understand that to have political choices we have to be less angry and more open.
Monday, January 23, 2017 9:17:00 AM

Janet O. said…
As much as I may not love our new administration, I am absolutely opposed to the mean-spirited way in which people vent their feelings on children. Bullying is what it boils down to, and they should definitely know better!! Shame on this author! They definitely went with the lowest of the low!
Monday, January 23, 2017 10:59:00 AM

Anonymous said…
I also have withdrawn from news and sources of information/gossip on all things in Washington. I am taking this opportunity to listen to books, review my music collections etc. while I sew and create. So far it is working out very well. (how well you ask? until this blog I had no idea there was a son named Barron) I hope that in 4 years I will be that much more well rounded as a person. I have to say I am LOVING it so far.
Monday, January 23, 2017 3:20:00 PM

Carol- Beads and Birds said…
And just HOW does a cow that is going to moo FEEL? LOL. Love that cow. Love her!! I read one account of a star that said things about Baron. I refused to read anything else. Poor kid. I've seen how he lives and I suppose he'll never know how to live a normal life, whatever that is.

So, this was the good thing yesterday. My husband has been depressed ever since the election. Like he took showers and changed clothes but refused to get a haircut. Don't ask me why. Now he is 70 so you can imagine what a white haired old man who also sports a split beard down to his chest must look like if he hasn't had a hair cut in 3 months. When he ran into a lady he worked with before he retired, she didn't recognize him. I imagine she is going around telling people she ran into him and how scrufty he looked. Anyway, the hair was cut yesterday and he says he came out of his fog. Thank God!

I've left that political stuff behind too. I was in Chicago for the cancelled...not cancelled march. I will continue, as I always have for the last 40 years, to work for the local politician's campaigns in the future. Hopefully I will see new faces in the future.
xx, Carol
xx, Carol
Tuesday, January 24, 2017 8:54:00 AM