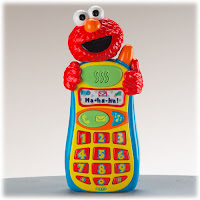 For a person who tries very hard to keep up with technology (bought a laptop, joined Facebook, started a blog, created Yahoo groups), I have been resistant to getting a cell phone.  I used to joke that I was the last surviving person who had neither acquired a cell phone nor been to Disneyworld.  They my daughter became pregnant again and I realized it was essential that she be able to reach me at any time, at any place.  So I bought a "disposable" cell phone.  I learned how to use it, and after the baby was born, put it away.  I wrote here about getting that first phone.  Now with two expectant daughters-in-law, one of the tasks on my February goal list was "get a cell phone."  The place where I'd bought the first one no longer sells the minutes needed to put on it.
So today I went up to The Mall and visited a couple of cell phone stores.  There are no fewer than four and prolly five different cell phone stores at our mall.  And the ones I passed had gobs of people in them.  I couldn't figure that out.  I imagined they'd all just come back from Disneyworld.
So I bought one.  It cost $20 and came loaded with $10 worth of minutes.  I bought some more.  I can get more by going back to The Mall or even directly through the phone somehow.  Then I came home and used it to call my sons and give them the number.
Joe says that I'll use it more than I think.  He might be right.  I'll be happy to have it when I drive out to White Oak next month.  And I can think of a few more times it might come in handy.  If I remember I have it.
So I'm back to keeping up technologically.  But please don't expect that I'll Tweet.

Kim West said…
I have no clue what I would do without my cell phone. I have one and my husband has one. We don't even have a land-line anymore as that is the one that is obsolete to us. When my hubby's phone rings, I know it is for him, and vice versa - no guess work. We have had cell phones going on for 12 years now. I feel weird driving anywhere without mine now.
Monday, February 08, 2010 9:39:00 PM

Leslie said…
I'm with you Nancy. My son and daughter-in-law each have an iphone and are constantly on them, phoning, texting, games, surfing, can't see that in my life. They bought me a pay-as-you-go phone and I'm always rolling my minutes to the next ninety days. I don't use them up in time. I see people in the store with their blue tooth clipped to their ear, walkin' around. Do they really get so many calls they want to wear it? *yeesh* there's even talk of implants...
Monday, February 08, 2010 10:26:00 PM

AnnieO said…
I was resistant to getting a cell phone--it was my DH that wanted me to have one. And all these years later, I have still never actually picked one out myself--I either got youngest daughter's discards or DH picked one for me. I never use all my minutes and rarely text, never play games or surf the net. But I do use it!
Monday, February 08, 2010 11:47:00 PM

Judi said…
Goodness Nancy, how do you find lost husbands in supermarkets if you don't have a cell phone to ring HIS cell phone?

antique quilter said…
oh my gosh just love that elmo phone I have a DD typical teenager with the phone in the hand all the time, drives me crazy, well she has always been an elmo fanatic since she was little
now I have to find this elmo phone and buy it for her for Christmas!
geessshhhh
yes I have a phone and ONLY use it to communicate with my children, when it rings I know its one of them , yes I learned how to text only 2 months ago!
it is nice to have when your traveling though for an emergency
kathie
Tuesday, February 09, 2010 3:45:00 AM

Brenda said…
You go girl! Now once you get the hang of it you should upgrade to a IPhone or Blackberry, or one that has internet access. OMG! YOu'll love it. No more getting lost (you can email yourself directions instead of remembering to print them before you leave), you can check the time your LQS closes and make it there just in time to keep them open late...oops, did I just write that? LOL!
I had so many minutes left on my phone at the end of the month that after a year of carrying a monthly bill and sometimes not using even ONE minute (yep, I never gave anyone my #, not even my Mom!), I
pulled the plug on it. Then GP got a Blackberry (my husband and my son...), and I thought it was the best thing since Diet Coke; so I asked and received one for Mother's Day last year. I love the darn thing! I use it ALL the time... but rarely to call family or friends, mostly to use the internet, check my mail, take and save pictures when I don't have my camera. Nancy, it's the bomb! I think you need one of these after you graduate from the prepaid. Specially since you're going to be ready for pictures at all times. Grammies Brag book awaits! hahaha.
Tuesday, February 09, 2010 4:54:00 AM

Pat said…
I don't LOVE my celly, but I do find it useful. I will not leave the house without it as I am paranoid that my car will break down or I will slip and fall in an out-of-the-way isle of my LQS. I've come to enjoy 2-3 minute chats my daughter & I have when we are both on the way to work. It just gets my day off to a good start. Sure wish I couod get an Elmo model, like the one in your post. Wouldn't THAT cause a commotion on the R5 into Philly!

I think the all time funniest was many yuears ago when my college-age daughter called our house phione from her cell. She was up in her bedroom tying to sleep & the TV was too loud.
Tuesday, February 09, 2010 6:55:00 AM

Anonymous said…
Oh Nancy, I'm one of the no cell people also. My husband and daughter have them but I've never seen the need. However, this recent snow storm changed my mind. Not only did we lose power for 33 hours but we lost our phone service. The only way to communicate with friends and family was husband's cell phone. It convinced me; I'm going to get one. Stay safe and warm in this next round of snow; they're saying Philly will be hard hit.
Sue in MD
Tuesday, February 09, 2010 8:42:00 AM

Anonymous said…
I don't do facebook but I do have a cell and use that a lot!
Now the kids got me a TomTom route thing for the car. I'm the last on in the Netherlands who got one of those :) I tried it but every time that voice says: go right, go left, it startles me so that I almost hit a biker...What's wrong with an oldfashioned roadmap..*sigh*
Tuesday, February 09, 2010 8:59:00 AM

LoieJ said…
I think that cell phones have gone from just being nice to being semi-necessity. There are fewer public phone that one can use when away from home now, and it is often hard to find a phone book when away from home. I really like that I can have my phone book right in the phone; I no longer have to dig in my purse for my list of numbers.
Tuesday, February 09, 2010 9:09:00 AM

Guenveur in Kent said…
I have nevr been to Disnay World or Land and I am the last person in the world who does not have a microwave. I got a cell phone a few years ago when I was doing some road trips alone and figured it would be handy. It's a Tracfone, the kind you buy minutes for and I almost never use it. When I had my hip replaced three years ago, I used it becuasse the rehab place I was in didn't have phones in the patients' rooms. It has been a handy thing to have, I must admit.
WV: explumin - plural for prune
Tuesday, February 09, 2010 1:07:00 PM

Linda said…
Not having a cell phone definitely doesn't put you in the category of not keeping up with technology! I get so annoyed at people who use them while driving and in public...grrrr. I sometimes wonder what happened to manners and common sense! I have a TracFone to use in emergencies. It seems like people who have phones with unlimited minutes, etc. just use them for the sake of using them...which wouldn't be so bad if they mainly just used them in the privacy of their homes to call others in privacy of their homes! Yikes, my age is showing!
Wednesday, February 10, 2010 9:25:00 PM