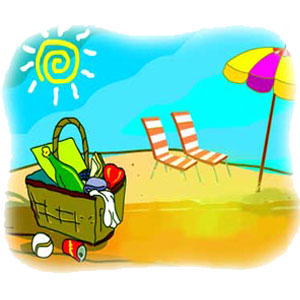 It's peaceful Near Philadelphia. Everyone who can, it seems, has gone "down the shore," as we say in these parts. Joe, Blackberry, and I have not. We are enjoying the quiet they all have left behind!

Additionally, I have been blessed with a four-day weekend, whereas many people have three. We'll be partaking in a barbecue one day, and doing things at home the rest of the time.

I owe some people some mug rugs, and these are in the hand stitching pile in front of the television. I honestly believe they will be ready to mail on Tuesday. I'm making real progress on dealing with the WISPs I uncovered during my recent purge.

Yesterday I made a foray into machine quilting, using that little baby quilt from a recent post. My stitches could be more even, but other than that, I'm feeling pretty good about the attempt. I think the thing to do is to machine quilt another small project very soon. Like today. We'll see.

I've been reading, too. My cousin loaned me The Nineteenth Wife by David Ebershoff. It is two intertwined stories, and the NYT review can do a far better job than I can of explaining it, and perhaps enticing you. I was enthusing about it to a colleague who came right back at me with Halperin and Heilemann's Game Change, an expose of the backstory from the 2008 election. It portrays all of the key players as egomaniacs, most with bad marriages, and is particularly revealing of the dark side of St. Elizabeth Edwards. I've taken a few grains of salt while reading it, but have been unable to put it down!

We're nearly through Season Six of The West Wing and have so enjoyed going through it from start to finish.

And that's whassappenin Near Philadelphia this Labor Day Weekend. Hoping for photos before it concludes!

Mrs. Goodneedle said…
Practice, practice, practice... you'll be whipping out machine quilted pieces left and right, all with perfect stitches, before too long; I have absolutely no doubt whassoever!
Saturday, September 01, 2012 8:55:00 AM

Janet O. said…
Those three words at the beginning of Mrs. G.'s comment--I got so sick of hearing those from everyone when I was starting out on FMQing, but I must admit, that is the answer. I'm sure you will be comfortable with it in no time. You seem to master skills well.
You really have been churning out the finishes on your unearthed WISPs. I am impressed.
Enjoy your long weekend. Nice to have some time to read, isn't it?
Saturday, September 01, 2012 12:17:00 PM

Pat said…
Bravo on the machine quilting! I can recommend The 19th Wife as well. Very interesting reading. A more complex, and more history-focused book is Under the Banner of Heaven, by John Krakauer.
Saturday, September 01, 2012 12:52:00 PM

Anonymous said…
Congrats on the machine quilting. I know that I have to practice more and start getting all the tops that are made finished. As for The West Wing, I loved that series on tv. Thanks for sharing. Enjoy the rest of your holiday weekend.
cindy
Saturday, September 01, 2012 6:24:00 PM

Barbara Anne said…
Cheers on bravely setting out across the front of the baby quilt and continuing until it was all quilted!! I've been there, done that (on small projects) and I still need lots of practice. Oh, and lots of bravery!

Applause on the progress you're making on so many projects!

We're having lots of rain as you may have heard. Very nearly 3" yesterday eve and lots since. It's pouring right now. I'm not complaining since I love puddles of lamplight on rainy days!

Enjoy the peace and quiet!