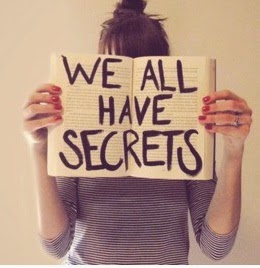 Well, when my quilting mojo returned, it returned with a vengeance. After I finished the pink flimsy for the ballet school/breast cancer fund raiser, I pieced two baby flimsies. One is for friends of our second son and his wife; they are expecting a little boy this winter. I'll try to remember to post a photo of that one in my next post. The second one is for someone who sometimes reads this block, so I won't share a photo until after her son is born, also this winter.

There's another project in the works and this one is going to be in the works for ever and a day a long time. I'm nowhere near ready to share any pictures, but it was inspired by Julie's current project and is tentatively called "The R5," after a recent Facebook rant on the part of my dearest son-in-law who took serious exception to the name change of one of the local railroad routes. It's prolly the most ridiculously scrappy , tiny-pieced creation I've ever attempted. It started out, as so many do, as a Leader-Ender, but we all know how that goes. Might be ready to share a progress photo in another week . . . but don't hold your breath!

Birthday Party is a full-fledged flimsy but is too big to photograph easily, so that has to wait.

Joe has long loved a TV mini-series called "Band of Brothers," and I'm currently watching it with him as I put the finishing touches on the Monsters blocks. The Renegades have a retreat coming up very soon, and I'm hoping that assembling the Monsters will be my major effort for that weekend.

In other news, we spent our traditional wonderful family Columbus Day weekend together, this year in Alexandria. The grandchildren are a constant delight, all six of 'em, and I marvel at the deftness with which their collective six parents manage their too-busy lives, always putting those little ones first.

Dear Ms. G's most recent post has to do with recognizing the grace with which our lives are filled, and I so appreciated this reminder. I am blessed in so very many ways . . . .

Barbara Anne said…
Cheers for your returned quilting mojo and the wonderful projects you're working on - full steam ahead! Love the scrappy RR Track quilt and look forward to seeing yours.

How marvelous that your family could get together for the Columbus day weekend, too. I had wondered if you were travelling since there had been no new posts for a while.

Thanks for the link to The Strawberry Patch, too. There is much to be thankful for and much more to be mindful of so the wonders and blessings are noticed.

Chris Johnson said…
Really, my rant helped inspire this project? I still feel passionately about the name change, considering it an abomination on many, many levels.

Interestingly enough, another rant today inspired an unusual response, getting termed an "Irate Customer" which is a) new for me and b) ironic given that I was trying to express bewilderment and fatigue rather than anger.

Good luck finishing the R5 quilt. I'm eager to see it when it's finished.