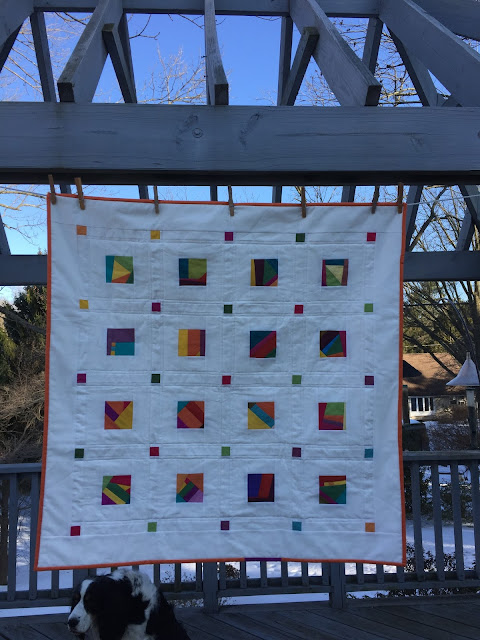 Out neighborhood is a nice enough one. I sincerely believe that if anyone had any real trouble, any of the neighbors  -- except the Nonspeakers -- would help out. But it isn't the kind of neighborhood where we are in and out of each others' houses. We don't get together for coffee. I have a key to Andrea's house and she has a key to mine; we take in mail for each other, that kind of thing. When we moved in, back in 1999, there were so few children that we didn't even turn on our light for Trick or Treat. Over the years, though, this has changed. Some young couples have moved in; down at the far end of the street is a family with three elementary school boys and across from them is another with three elementary school girls and a toddler boy. There are other young couples with even younger children. Across the street, next to the Nonspeakers, there's the cutest young woman; she's an English teacher and her husband is in the Navy. For one long stretch, he was in Afghanistan (or perhaps Iraq, I'm not totally sure) and the rest of us kind of kept an extra eye out. He's back and I believe is on his last tour of duty before leaving the military. They have produced two cute little girls and just before the weather got cold I saw her outside and she had a familiar look about her. "Have you got something going on there?" I asked and she replied, "Yes, another girl, due in February."

I kind of forgot about that and a couple of weeks ago when we had some unseasonable warm weather I saw her out front with a bundle in her arms. That third girl had arrived. I mentioned this to Himself who promptly suggested I needed to make a quilt for her. Mindful that third children don't get much recognition upon arrival, I pulled out the scraps from the Tula in solids quilt that I'd made for my coworker and made sixteen free pieced blocks. Before long I had a flimsy and since it is such a small quilt, I machine quilted it myself.

stitchinpenny said…
It is beautiful and as this is for a third child it may be the only special thing she receives. My daughter's friends tend to dump everything except the crib after each child which seems wasteful to me, but there are sometimes showers for second, third and even fourth chidren.
Wednesday, March 22, 2017 8:29:00 AM

Quiltdivajulie said…
I think the quilt is marvelous and Himself was correct about gifting a quilt to the new little one.
Wednesday, March 22, 2017 8:59:00 AM

Barbara Anne said…
How wonderful of you! Love the quilt and those wee colorful cornerstones, too. I imagine that this cheerful quilt will mean the world to the new mommy and to her far-away sweetie.

When our 2nd son was born, several friends surprised us with baby gifts but also small, simple "big brother" gifts for our 4 year old - coloring books, a couple of matchbox cars, and such. I've tried to do that for older siblings since then. I'm eagerly waiting for the need for a doll quilt for some big sister but am not sure her parents are thinking of having a 3rd child. Sigh!

Carol- Beads and Birds said…
I remember when my daughter was born we received several gifts from people that you would not expect to receive a gift from. it was such a lovely gesture and we always, even now, remember them fondly. The quilt is so simple and pretty. Does that make it Simply Pretty?
xx, Carol
Wednesday, March 22, 2017 5:49:00 PM

Carol said…
Another perfect baby quilt. You are wonderfully generous. As soon as I finish a wedding quilt for son #4 (I've just started it and I'm allowing myself 6 weeks to complete it), I can make some quilts for my grandbaby (son#2) who will be arriving in October. I expect it will be a boy. More trucks - can't wait!
Wednesday, March 22, 2017 7:36:00 PM

Mrs. Goodneedle said…
What a dear and generous neighbor you are; those on your street should consider themselves blessed. The quilt is precious!
Thursday, March 23, 2017 3:50:00 PM