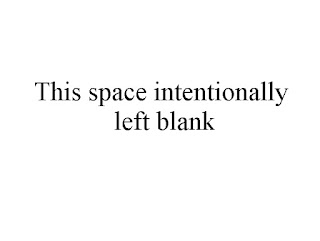 When I was eighteen years old, I worked in Center City, Philadelphia. One day on my lunch hour, I was shopping in Suburban Station Concourse and became aware of some commotion. People were sharing news that alarmed me. At that time, there was an AP office located in the concourse with the teletype machine visible at the window. So I hurried over there to see, and it turned out that it was true: President Kennedy had been shot in Dallas, and was dead.

As I stood there reading the unbelievable words, the thought crossed my mind, "This is history. I am experiencing history. I probably won't have this happen again."

I was eighteen years old. I was young and naive.

And now, so many years later, I've been witness to many historical events, both good and bad: The Vietnam War, the other wars, the moon landing, Hillary's nomination, Barak's election, legalized abortion, legalized gay marriage, the elections of several Popes, the resignation of a U.S. President, come to mind*. And then there was what happened today: Incited by the President of the United States, rioters stormed the U.S. Capitol in an attempt to overthrow the election of the next President. The graphics spot at the top of the post is blank; I'm not about to give these thugs any more recognition.

Barbara Anne said…
I so agree although I was 12 in 1963 and remember my Home Ec teacher bursting into tears at the announcement over the school PA system.

What troubles me most about what happened today is that this unfit President hasn't been jailed for inciting to riot and the thugs were told to "go home". Where are the just and proper consequences for their acts of "insurrection" to use Joe Biden's word?

As is written in many languages on Peace Poles around the world: May Peace prevail on Earth. Two more weeks, indeed.

Janet O. said…
It was a very dark day--Kennedy's assassination and 9/11 are the two things that came to my mind because of the dark, oppressive feeling in the air. I was horrified yesterday, but at the same time, not really surprised at all. When you have an unbalanced megalomaniac in power, who has been inciting his followers with lies, it was bound to happen sometime. I hope the "R" party has learned something.
Thursday, January 07, 2021 9:33:00 PM

Juliann said…
Between the news of Wednesday from D.C. and the news about the COViD-19 deaths this week, I am feeling pretty crushed. I hope and pray that the next two weeks will past quickly.
Saturday, January 09, 2021 10:10:00 AM

Sue said…
I'm late coming to your blog this week so did post a timely comment. My heart is still aching and like Janet O. I felt the oppression. Each day closer to the 20th eases my distress a bit but we still have a long way to go. It is good to know there are so many feeling the same way. We can get through this. Stay well Nancy.

Love the new puppy. We too lost our precious dog at the beginning of the pandemic and we started the new year with a 7 year old retired foxhound; we felt we were not up to a puppy at our advanced age. Our canines add so much to our lives.