This is Not a Complaint 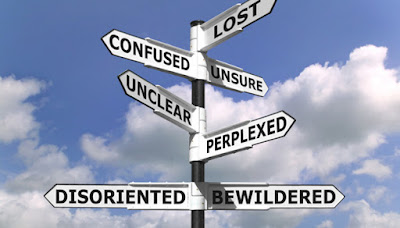 This is not a complaint. There is no COW*  featured in the picture. I'm just trying to make some sense out of the labyrinth that Getting The Vaccine has become.

First, we were told "Don't call your doctor to get the vaccine. Your doctor will call you." The doctor did not call. We then learned that this plan was not in effect.

Then we were told that 1B people in our county could click here and that would register us to be notified when we could get an appointment. So we clicked there and registered, but no notification came and we learned that this plan was no longer in effect.

Next we were told that we would have to find our own place to get the vaccine. A map showed all of the places in the state that ostensibly had vaccines to give. We clicked on several of the places and got email addresses to write to and request notification of when we could get an appointment. We were not optimistic. No emails in response have arrived.

So we clicked on another place and learned that a major drugstore chain had the vaccine and may have appointments. Their system involved clicking here to be taken to a line to be in to wait for admittance to the appointment site. It was disheartening to read that "2347 people are ahead of you in line" but the line moved right along, there was a charming graphic to reveal progress,  and when we got into the appointment site we had to enter a ZIP code. Entering our home ZIP revealed "there are no appointments within 50 miles." Entering the ZIP for one of the locations on the map was more fruitful: I was able to make one appointment, for myself, at a drugstore one and one-half hours away from home. Success! Then it said, "make another appointment?" Well, of course I wanted to make one for Himself. But "there are no appointments at this location." Entering different ZIPs brought the same response. Then "there are no appointments available; please try again later."

Later I got to a different drugstore in the chain that had appointments and I clicked on one and then it vanished. Apparently someone else grabbed it more quickly. And that was that. Repeated visits to the link and attempts at various ZIPs have yielded nothing. At this writing, the links to that drugstore chain are not functioning. Scarlett would remind me, I suppose, that tomorrow is another day.

Meanwhile, we hear of friends who received links from their other friends, links to vaccine sites not shown on the state's health department's map, and have scheduled their appointments; some have even received their vaccines. We hear of people who work for companies that have a connection to get the vaccine and these people offer to have outsiders pretend to work for their company "because no questions will be asked; no proof must be shown."

So we'll keep clicking and waiting in the line where the little person on the green stripe advances to show our progress, if that site opens up again. And we'll hope that eventually we'll be able to snare one more appointment that isn't two hours away.

And that's how it is, Near Philadelphia

Quiltdivajulie said…
Our county is still in 1a1 while we are 1b . . . and there is not enough vaccine to go around here (as is true in many places). Everything here goes through the county health department (who is still operating under the original CDC guidelines, not the most recent updated ones). So we wait. My sister in MI has gotten her first shot (healthcare worker) but she cannot get an appointment anywhere for her hubby they are under the new CDC guidelines - he is age eligible). Friends in Atlanta area were called by their pharmacist who knew their health histories and they got their first shots last week. It is a confusing and inconsistent situation -- all we can do is keep trying, staying informed as best we can, and staying safe in the meantime. Best wishes for getting another appointment near Philadelphia for Joe!
Saturday, January 23, 2021 8:30:00 PM

Janet O. said…
I hope you can get that second appointment very soon--and possibly closer.
We are not eligible yet, but hubby will be in the next wave. His employer is trying to see if they can arrange to have them given to eligible employees at work, so I hope we won't have to play the game you have had to play. My eligibility won't come for a bit yet.
Sunday, January 24, 2021 1:44:00 AM

Quayquilter said…
It seems that the new us administration has been planning a more forceful grip on roll out. Here in the UK we are told not to ring our doctor as that just holds up he process. My husband (78) was called at short notice for a cancellation two we eks ago and found himself with the over 80s. He had the Pfizer one. I (73 and in the fourth priority group) was called last week and had my first Astra Zeneca dose on Friday. Our doctor's practice and another one are using a village health centre and had a good system of waiting outside and going in when called. It was a very jolly atmosphere. With the AZ vaccine you don't have to wait for 15 minutes afterward to check for a bad reaction I didn't need to queue but just straight in and out. But we have to wait 12 not 3 weeks for the second dose so that more people can have some protection. After lots of false steps during Covid the vaccine programme seems to have gone well - they put a business woman with a very god contacts book in charge of procurement. I think things will go much more speedily and in an organised way in the US as that seems to be the priority. Glad you are getting yours now anyway.
My husband didn't have a reaction - I did with a bad achy naseous time in the night and a woozy next day OK this morning though.