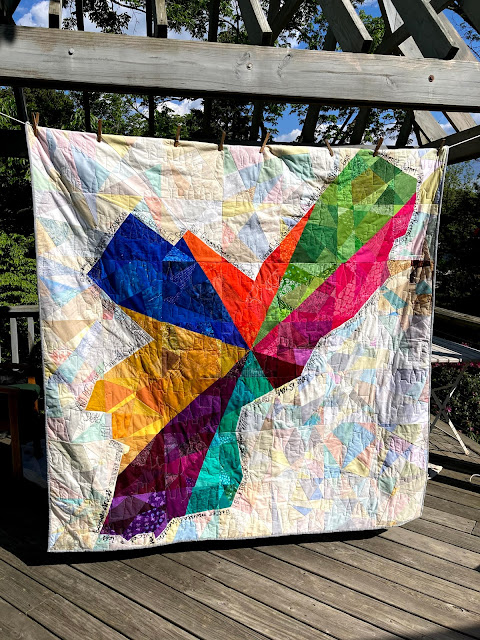 My guild, the Philadelphia Modern Quilt Guild, was asked by Mural Arts Philadelphia to participate in their Stitching our Futures project. Individuals and groups were asked to make a block -- or a quilt -- representing an individual's or a group's priorities in budget allocations.

A group from the Guild met via Zoom to brainstorm and design. Once the design -- the budget pie representing the various categories of funds, superimposed on an outline of the City -- was finalized, blocks were assigned and made. When they were assembled, volunteers embroidered around the edges of the city the expenditures that the group found important. Kevin machine quilted it in an all-over design of our Guild's logo.

I so enjoyed being part of this project, making two of the blocks (see that nice purple down at the bottom!) and binding it. 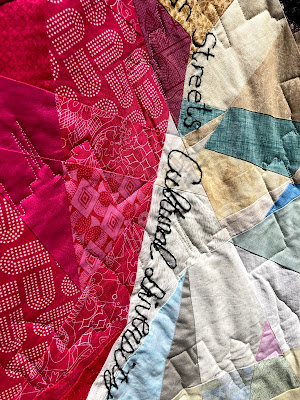 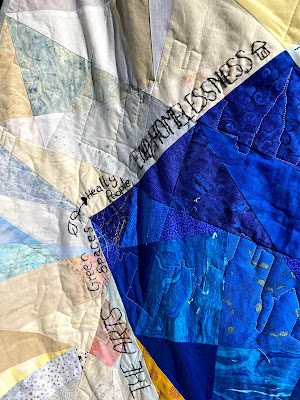 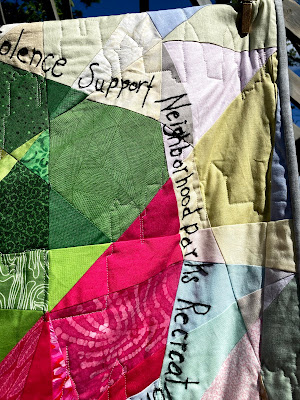 Judi said…
What a wonderful opportunity - and a terrific response to the challenge!

Barbara Anne said…
How wonderful! Love the background, the city colors, and all the words expressing hope for peace, equality, creativity, good health for people and the planet, kindness, justice, fairness, and neighbor helping neighbor. May it be so.