Feeding the Hungry: Feeding Ourselves 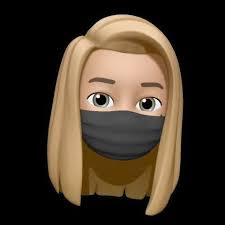 I joined the group in the middle of August. When I realized that I wouldn't be returning to my part-time job at the school for autistic kids, I signed up to volunteer one shift each week at the county's food pantry. They needed fresh help: Many volunteers had been working ever since the lock-down began and were in need of a break.

The Thursday morning volunteers clicked. Nora was on board when I arrived as was Claire; they'd been working at the pantry for several months. Before long, Sandra and Arlene were regulars and by January Fay and Silvia were showing up weekly. In March Karen rejoined the group after some weeks away. The eight of us worked pretty seamlessly under the supervision of Debbie, the lone paid employee we interacted with.

We fell into roles that fit each of us: packing produce, assembling refrigerated items, interviewing clients, packing bags, shuttling carts of bags out to the cars. My job became receiver of donations; when that was slack, I would fill and move carts.

Nora and Debbie were most at ease with the deaf man who came to us with a list of very specific wants. Claire got to know the clients -- who was going to need diapers and who couldn't eat pork. I learned the names of the regular Thursday donors.

We wore our masks all the time, of course, and since we couldn't really see if someone was smiling, we got very good at eye contact. Over the months, we came to realize that we weren't just a group who worked together on Thursday mornings: We were becoming friends. Masked friends, but friends. We shared book recommendations. We ached with Sandra who waited months and months before it was safe for her to visit a brand new grandson in another state. We pretended to be terrified of Fay and her no-nonsense approach to weighing and date-checking donations.

Then, the inevitable change happened and it happened kind of all at once. We learned that in a few months we would be moving to a different location. Some shifts of paid personnel occurred. And our exhausted leader gave notice. She needed some down time before moving on to whatever was to come next.

And so, this past Thursday, after our shift at the pantry ended, when the last bag had been placed in the last car and the lettuce and that dratted kale had been refrigerated, we drove, each in her own car, to a restaurant to have a lunch together and celebrate Debbie's having brought us together. This group of masked friends who had become close over the months and had never seen each others' whole faces -- followed the hostess to a large, round table in a rather isolated part of the restaurant. We sat down. We took off our masks. We looked at one another . . . and we smiled.

Barbara Anne said…
Good-hearted folks working together for the good of others and becoming friends. What could be better?
Thanks for telling us the story.