Out of concern for confidentiality, I don't post very often on this blog about my experiences as a hospital chaplain. Here, however, is a story about something that happened a few weeks ago; it may give insight as to why I feel honored to have this job: 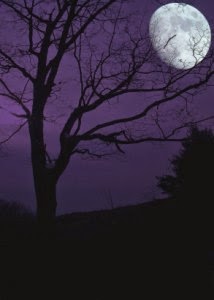 "Do not go gentle into that good night,
Old age should burn and rave at close of day;Rage, rage against the dying of the light."

It was about four o'clock in the morning when the telephone rang, and a nurse from the emergency room asked if I could come down to the cubicle where a woman was going to pass away very soon.

She was 89 years old and was lying on her back, her face turned toward the right where the young male nurse who had phoned was standing with his hand on her shoulder. On her left, another nurse was softly stroking her hair. At the foot of the gurney were two or three others, one of whom had grown up in my church and had become a nurse as a second career (but not before getting what appeared to be a bazillion tattoos). The cubicle was quiet; the beeping function of the cardiac monitor had been silenced.

She had been a hospice patient for two years and was reaching the end of her journey. Her nearby family was away at the seashore, and another daughter, the one most concerned about her, lives three or four states away; there was no way any of them could get to the hospital in time. "Don't worry," the young male nurse had told them. "We'll take very good care of her. We'll treat her like family."

"This is my first patient death," the young man told me. "It's a good first death to have," responded a colleague. There were perhaps a half a dozen of us, standing quietly around the patient, listening to her gentle, slowing breathing.

We joined hands -- with the one nurse still stroking her hair and the other with his hand on her shoulder -- and I offered a prayer. I thanked God for her life and for all that she had meant to her family. I thanked God for the care she had received this night and for the adoptive family surrounding her. I spoke of our assurance that God had created her and would receive her into his arms at the end. I prayed for comfort and for mercy.

When I finished, the patient was still and the tattooed nurse from my church listened for a heartbeat; there was none.The "first death" nurse said, "You know, I haven't sorted out what I believe about life and death and an afterlife. But she took her last breath in the middle of your prayer. That has to mean something."

They thanked me for coming down; I thanked them for calling me. It had been a privilege to be among them, this adoptive family. The patient went gentle into that good night; there was no need to rage against the dying of the light.

Tie Dye Queen said…
What a beautiful passage. And a beautiful witness. Thank you for your work, and for sharing.
Saturday, December 06, 2014 8:53:00 AM

Synthia said…
I was going to say nearly the same thing as Tie Dye Queen. My thanks to you as well....... Our extended family was with my Dad when he passed and, although sad, it was a wonderful privilege to be with him.
Saturday, December 06, 2014 9:06:00 AM

Thank you for relating this touching story.

Blessings on all who act in love for those they do not know.

Lori said…
I never think there is a reason to rage against the dying of the light.
So glad someone could be there with her.
Saturday, December 06, 2014 9:57:00 AM

AnnieO said…
Definitely an honor to be among strangers who care so much for other human beings! Lovely tableau you painted of the joining together to see she wasn't alone.
Saturday, December 06, 2014 11:10:00 AM

Anonymous said…
In my almost 40 years as an RN, I have been privaledged to sit with patients as they cross to the other side. It is always moving to experience the serenity of the moment. Thank you to all who share the passing with patients who are alone as well as when family members are present. Blessings to you Nancy for the work you do.
Gryz
Saturday, December 06, 2014 12:27:00 PM

Ray said…
I agree that it is a priviledge to be with another as they die. I wish that we could convey this message, so people would not be so afraid. You are a blessing, Nancy! You are doing important work.
Saturday, December 06, 2014 9:45:00 PM

Karla said…
Wonderful post. Impressive. Death can be a beautiful experience and to be a part of that leaves an impression for a lifetime. A very heartfelt thank you to all, including you dear Nancy, who help make the transition warm and loving, instead of frightening and lonely.
<3
Wednesday, December 10, 2014 7:56:00 AM