The Year of the Sheep? 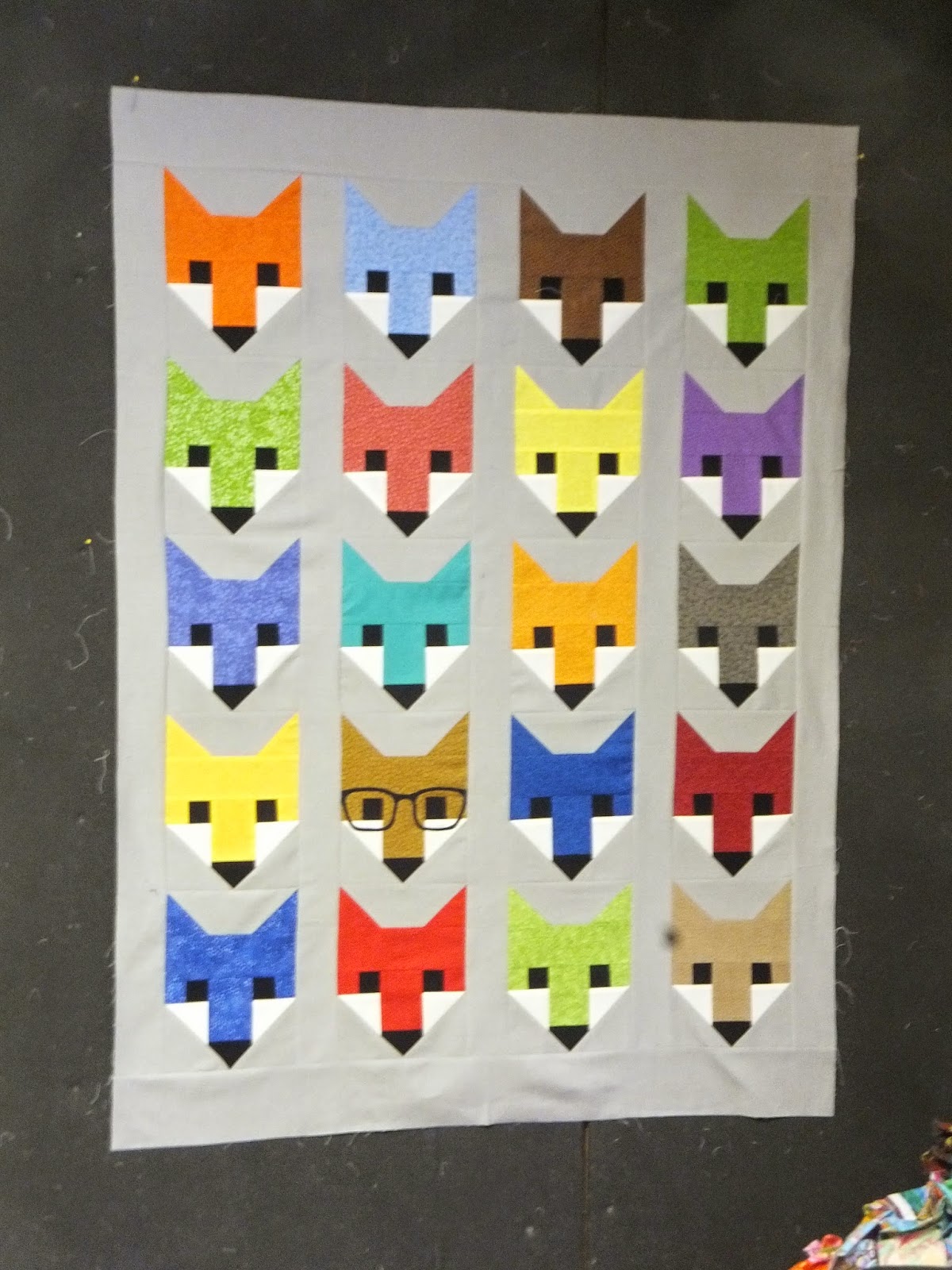 The classical music station in Philadelphia is a local treasure. Both Himself and I keep it on in our offices all day. My car radio is tuned to it. The morning alarm that wakes us is that station. As is the Bose in the kitchen. Obviously, we're avid fans and financial supporters.

There really aren't a lot of commercials on that station, and most of them are nothing to complain about. One, however, is for what we perceive to be an upscale Chinese restaurant on the Other Side of Philadelphia. We both find the spokesperson to be annoying. Lately she's been going on about the Year of the Sheep. Clearly, she has no idea what she's talking about.

It's the Year of the Fox, as demonstrated by my three recent flimsies. Clearly.

This one is gender neutral, made from my last surviving layer cake; it is all tone-on-tone subtle prints. 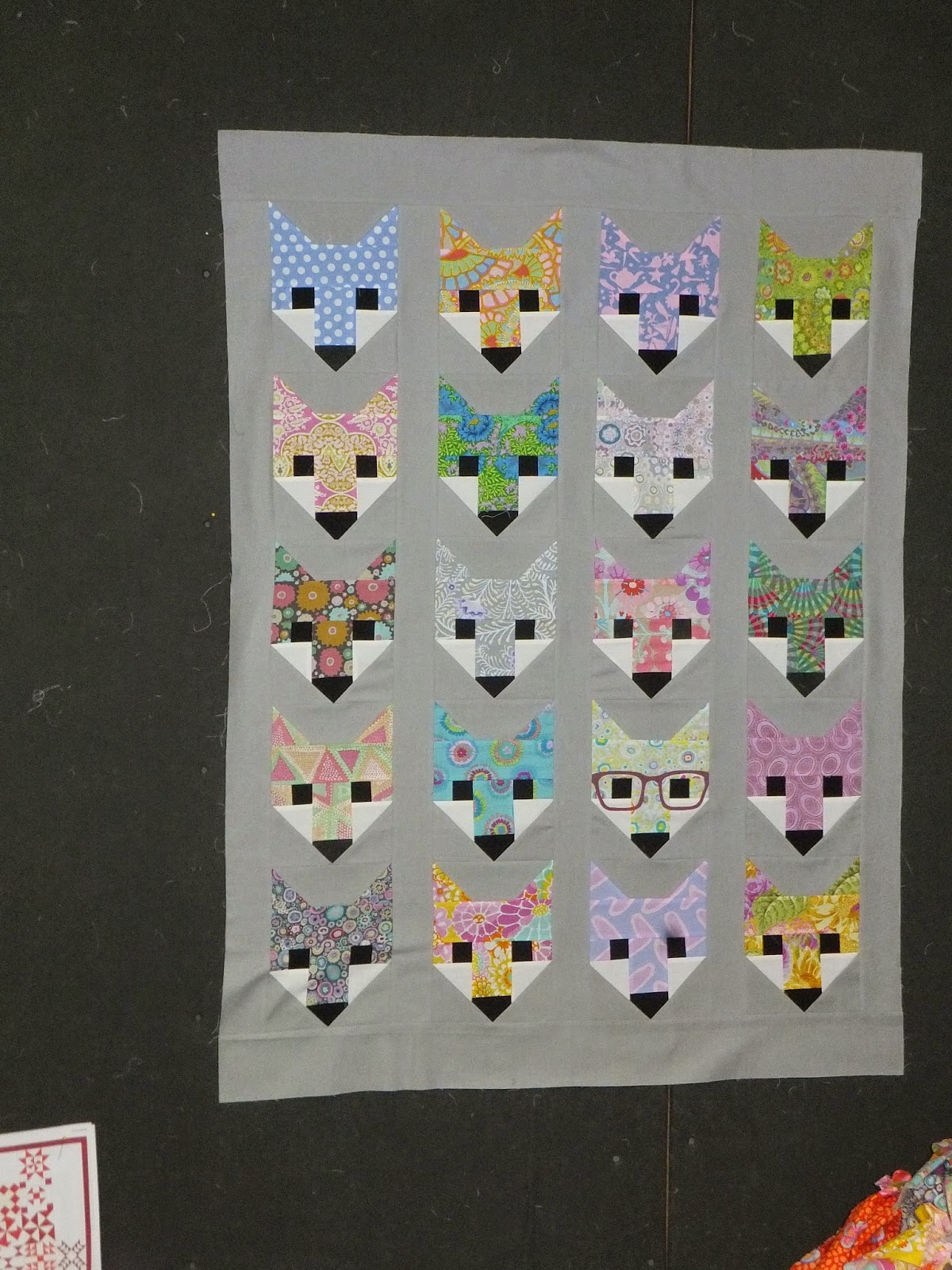 This one is for a little girl, made from Kaffe Collective prints. One wears rose-colored glasses, doncha know. 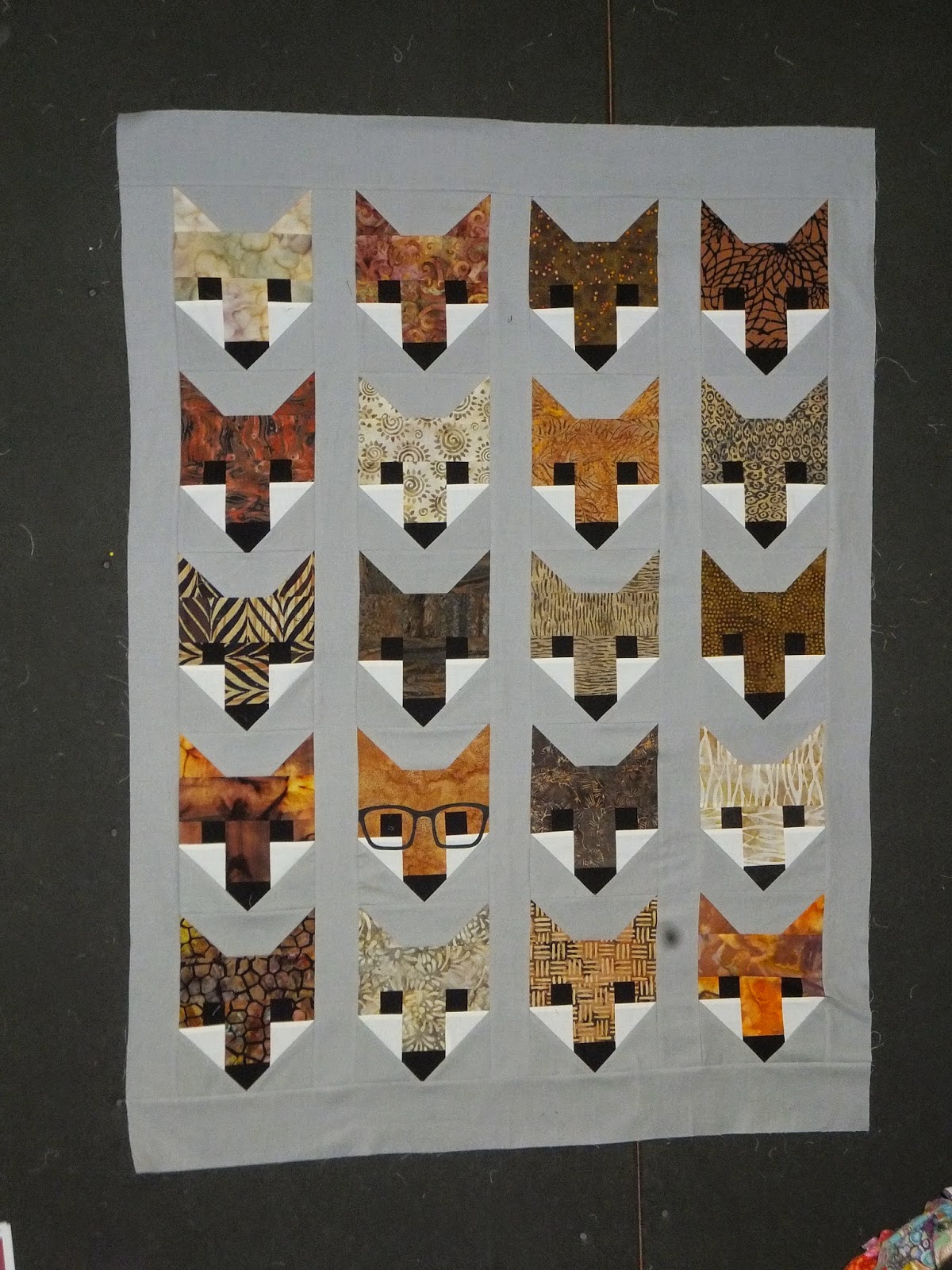 And this one is very masculine, for a little boy. So serious. So crisp, made from all batiks.

I've had such a good time! And am already thinking about The Year of the Hedgehog . . . .

Kat said…
You clearly understand "what the Fox says"!
Thanks for sharing all three gems. There will be 3 very lucky recipients!
Thursday, February 12, 2015 6:50:00 PM

Megan said…
They are all fabulous - absolutely fabulous.

Barbara Anne said…
Applause, applause!! All three quilts are wonderful and have very different moods because of your perfect fabric choices. Love the fun of the glasses, too.

Yes, lucky recipients whoever they may be. Will you keep at least one in the family?

OT Quilter said…
I'm continually amazed by your output! There are three lucky kids out there who will snuggle with The Fantastic Mr. Fox!
Friday, February 13, 2015 6:39:00 PM