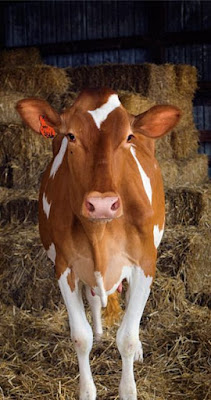 COW* here, with the following report:

The Executive Committee had a breakfast meeting this morning at a familiar venue. It is under new management, according to the waitress, and this was apparent. We would wish them luck if we weren't so dissatisfied.

The problem started when we placed our order. We all were having the same thing:

The last time we met at this place, Judy had this meal and had the hash browns swapped out for some fresh fruit. We asked to do that again.

The waitress said we could swap for grits but not for fruit. We said we had done this in the past. We were told again, "No." She went on to say, "A lot of people ask to do that but they won't do it." The menu stated hash browns and grits cost $2.99 if ordered separately and fruit was $4.99. We suggested we each pay $2 additional to sub the fruit for the hash browns.

Helen said she would swap for grits. Judy ordered a side of fruit. Judy, Honna and I said we did not want the hash browns and please not to bring them. The waitress then vanished. We watched expectantly as groups seated later than us ordered and received food.

Thirty minutes later she reappeared with Helen's, Honna's, and my quesadillas and Judy's fruit. A while later she delivered Judy's quesadilla and disappeared again. All but Helen's had half the plate filled with unwanted, unordered hash browns. Helen did not receive her portion of sour cream and eventually she flagged down a different waitress who took care of it.

The quesadillas were okay. The fruit was okay. The coffee was good. So was the orange juice, which certainly should have been at $3.75 for a medium-sized glass.

In reviewing our experience, we found the service poor, the management inflexible, and the food so-so. Judy declared it showed "all aspects of suckery." Helen and I and even mild-mannered Honna  concurred. The high point of the event was noticing that a Corner Bakery has opened directly across the street. We're sure they'll want to host our next breakfast meeting.

Paula, the quilter said…
Why is it so hard to get a decent breakfast anymore? Even around here if they serve breakfast, it is too greasy or cold or the serve sucks. I need to open a breakfast place. I, glad you and the committee found a new place.
Saturday, May 07, 2016 5:23:00 PM

stitchinpenny said…
There is no excuse for a server to be that rude. If you asked multiple times and there was no way to do what you want she certainly should have gone out of her way to make sure the rest of the visit was perfect. Don't let it go check for a website and at those prices they should have one and send them a message. You also hit on my pet peeve which is someone who came in later than I getting served before me. I always have to check to see if the order was simpler. Grits and eggs would have been much easier and quicker for example. Wasn't there don't know. Your server deserved a poor tip and a word about the disappointing service on the way out the door.
Saturday, May 07, 2016 6:10:00 PM

Barbara Anne said…
Yep, this venue is, sadly, no longer up to snuff by their own decisions and choices. Hope the bakery across the street is a delight from staffing to prices to yummy food.

Denise in PA said…
Maybe it's the vibes in the building....many years ago, before the establishment had the "other name", I actually got "yelled at" by the waitress for asking her to repeat the vegetables. o:(
Monday, May 09, 2016 1:12:00 PM