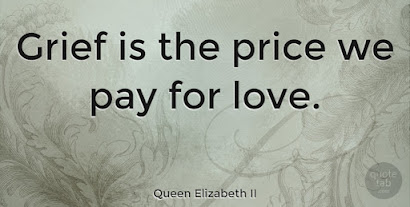 August, 2020 has been a cruel month bringing me more losses close together than I have experienced heretofore. So many losses against the backdrop of a nation filled with divisiveness, unrest, and incomprehension. Against the backdrop of a world struggling with a deadly pandemic.
My little job at the school for autistic children has been a bright spot in my life for just short of six years. The dedication of the teachers and the therapists has inspired me daily. The growth the kids show has filled me with delight. I've spent the past several months trying to convince myself that it would be safe to continue working at the school: "It's only about ten hours a week." But, Joe and I both fall into the categories of "elderly" and "having underlying conditions." But, the young teachers I so admire are social beings. But, the kids cannot comprehend what a pandemic means and are often literally "in your face." Too many Buts. We talked about whether the job could be virtual, only about ten hours a week. But those are ten busy hours, and someone is really needed at that desk. And so I am now retired, which I knew was coming, but had hoped was not for another few years. Joe retired on August 1 (by choice) and now together we are figuring out what this new phase of our lives together will be like.
Blackberry's illness began with a mobility problem. We didn't know whether it was arthritis, old age, or something more sinister. As the two weeks of his decline began, we had a couple of visits with the vet, who considered various diagnoses and remedies. But he continued to worsen; it turned out he had had a stroke and then, it seems, a second, even more impactful one. The last few days were like a nightmare as he tried to eat, as he struggled to change his position, as Joe carried him outside and held him steady so he could do what he needed to do. A week ago Sherry and her family came to see him; it was heartbreaking to watch Sam grapple with the inevitability of this loss. Blackberry's last trip to the vet was on Monday, bringing the terrible empty feeling to our home. For ten and a quarter years, he has never been far from our sides. Such a void, such sadness.
Around the time Blackberry became ill, we received word that a dear friend was losing ground. A cherished  relationship that began not quite fifty years ago with Lloyd and Roberta has endured despite our living hundreds of miles apart for most of those years. After being diagnosed with a debilitating illness fifteen years earlier, five years ago Lloyd entered a care facility and I began writing him a weekly letter. It was the only thing I could think to do for him. The annual pilgrimage to Ohio to visit our friends has been something we have always looked forward to and we had hoped to be able to go this summer. Daily texts with Roberta punctuated those two surreal weeks and this morning we learned that Lloyd's struggle ended yesterday. We cannot even have the closure of a funeral.
We are bereft, we are sad, we are grieving. We will be okay, but not today. 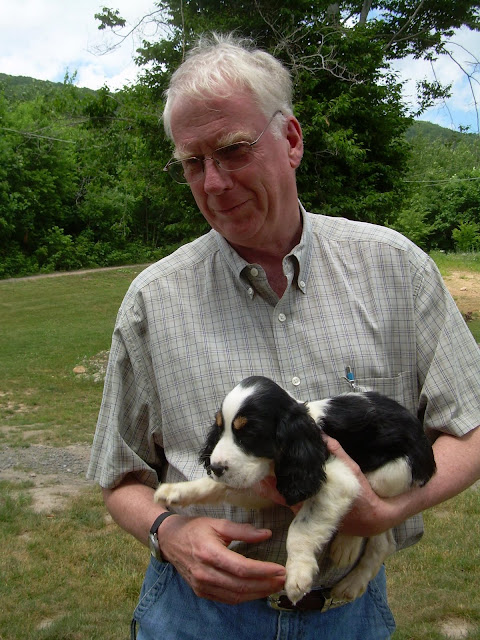 It was on the way home from Ohio in June of 2010 that we made a stop
and picked up this little guy who would bring us so much joy.
Email Post
Labels: Family Friendship Joe

Moira said…
So sorry for your losses Nancy. May God bring an extra measure of comfort and peace to both of you now and in the days to come.
Sunday, August 23, 2020 1:01:00 PM

Anonymous said…
This year certainly has had its challenges. So many losses by so many different means but they are still losses. And while people who have never had a pet respond with "it is only a dog". They do not realize that love encompasses pets as well as humans. And thus we grieve. There is an emptiness in all cases of loss. Hope you are comforted by kinds words and memories that will becomes treasures one day. We have all been there. Dotti in CT
Sunday, August 23, 2020 2:14:00 PM

Quiltdivajulie said…
Oh my dear friend ... words cannot do much except to let you know how sad this news makes me feel. Sending virtual hugs and prayers for you and Joe as you grieve.
Sunday, August 23, 2020 3:28:00 PM

Karen O said…
I am so sorry for your loss of a human friend, your job, and your fur baby. Heart wrenching. Please take it easy and remember those things and beings left a spot in your heart and soul. They are a peace with the mighty one. Prayers for your new chapter in life. It will be a good one. Keep looking up.
Sunday, August 23, 2020 3:39:00 PM

Harriet said…
Nancy, so sorry to hear about all your losses. It is a very sad time, Everyone is suffering, my prayers are with you and your family. Please stay safe!

howdidIgethere said…
My deepest sympathy for all your losses. When they come individually, it's difficult enough, but the pain of having several at once is much bigger than their sum. I know what it is to deal with the loss of a meaningful few hours of work post-retirement, and know that all will be well, eventually. When Daughter #2 was so ill, we had a ritual call-and-response: Q: Are you OK? R: No, but I will be.

p.s. That photo of Joe with Blackberry reminds me so much of when he decided to be a lap dog for me. I love that memory.

Hubblebird said…
I am a regular reader of your blog Nancy and I am very sad to hear your news. We have three fur babies and I'm not sure what we would do without them. I retired, after my husband did, about three years ago. Not working, and spending much more time together, has its challenges but also its rewards as I'm sure you will find! Spending time apart on different interests helps a lot. I'm sending kind thoughts your way for your losses and for your retirement.
Monday, August 24, 2020 12:16:00 AM

AnnieO said…
This is the year of piling on, of not getting any room between the next Awful Thing. I'm sorry for the multiple losses piling up around you and Joe, loss of dear friend and pet, end of jobs and normal routines. It is the weirdest year for the Whole World, but still feels awfully like being personally attacked on a daily basis. The small bright spots we will cling tightly to. I love that you wrote a weekly letter to your dear friend. What a kind thing to do. Let us still have hope that the shiny new year not too far off will be much different from this difficult beginning of the decade.
Monday, August 24, 2020 12:54:00 AM

Quayquilter said…
I can remember what a lovely happy dog he was when I visited you. He leaves a very big hole but he had a wonderful doggy life in a super attentive home. Joe was wonderful wonderful with him. So sorry about your meaningful job. This time just has to be got through as best we can.

stitchinpenny said…
Every loss in this pandemic seems so much bigger. Isolation is very hard on people who are by nature not solitary beings.
Monday, August 24, 2020 8:36:00 AM

Nann said…
Nancy, each loss is profoundly different--a pet who's part of the family, a job that provides meaningful activity and affirmation, and a long-time friend with whom you could resume a conversation after just two week or six months -- but each provides you with memories that are indeed blessings. My condolences to you and to Joe.
Monday, August 24, 2020 9:57:00 AM

Lorraine said…
I am so sorry to learn of the losses in your life. May the memories that you hold help give bring you comfort. The photo of your husband holding Young Blackberry brought tears to my eyes. ❤️
Monday, August 24, 2020 10:00:00 AM

Barbara Anne said…
My deep sympathy at the losses you and Joe have encountered and endured this month with the upsetting loss of your jobs, the heartbreaking loss of dear, sweet Blackberry, and now the loss of a longtime friend. Big hugs to you both, virtual, but sincere.

Mrs. Goodneedle said…
Nancy, I am so very sorry. Know that we are remembering you in prayer for your broken hearts at this sad, sad time. I pray that your happy memories will strengthen, sustain and support you as you struggle through the day-to-day right now. I couldn't read any more when I got the part about Sam- I had to stop, blow my nose and wipe my eyes, before I could continue- our grands have such a special bond with our furry fellow here; I understand, nothing about this is easy or can be prepared for ahead of time. Sending much love and big hugs, my friend! XO
Tuesday, August 25, 2020 11:17:00 AM

Janet O. said…
Oh, I am so sorry to read of so much loss in your life. As if things hadn't already been hard enough.
You will all be in my prayers as you seek for balance in all this sadness, with special prayers for Sam to find peace and understanding.
Wednesday, August 26, 2020 11:08:00 PM