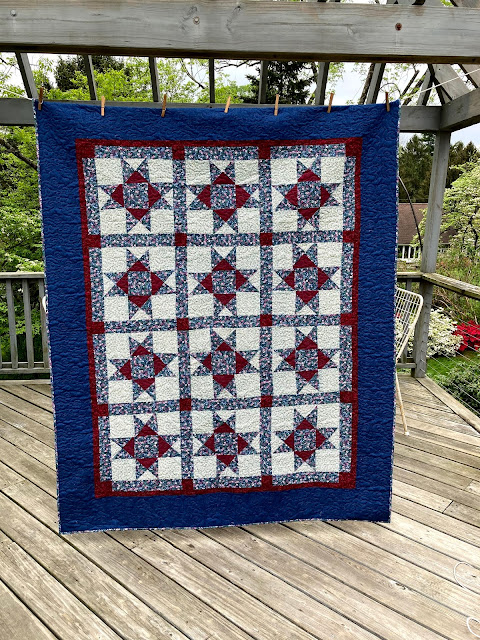 Only about two years into the writing of this blog (which, incidentally, is now fifteen years old!), my friend's daughter (an only child) became terribly ill. Only in her thirties, Caeli was in complete liver failure and was close to losing her life. She was transferred from the local hospital to a major inner-city teaching hospital where she received excellent care.  After a stay in the ICU, she was discharged to her mother's care to wait.

It wasn't very long before the beeper went off and Caeli was back in the hospital to receive her liver transplant. All went well, she was discharged to return to her job as a teacher, doing well with her liver and a  new fondness for Mexican food which seemed awfully strange until she learned that her donor was named Gonzalez. Or Suarez. Or Espinosa. Whatever.

The email came several years later. Caeli had applied to an agency to adopt a baby; she needed to develop a portfolio for pregnant ladies to peruse with the hope that one of them would choose her. She asked if I would compose a reference letter for her. Truth be told, I wasn't at all confident: No matter how glowing my recommendation might be, how wonderful her portfolio, what was the chance that an expectant mom would choose to give her baby to a single woman in her early forties with no siblings and a complicated medical history?

It was a hot summer day a year later when my phone rang. I hung up in tears and am in tears just writing about the miracle: Caeli wanted me to know that she was leaving in two days to fly to Texas in time to be part of her son's birth. He arrived with a known heart defect; Caeli cut the cord and accompanied him to the neonatal ICU. Those first couple of years were filled with doctor visits and lab tests, surgeries and hospitalizations. Now TJ is a delightful, handsome, thriving  six-year-old planning on entering kindergarten in September. And, needless to say, he's got his grandmother, my friend, wrapped around his pinkie.

My friend sold her house recently, and in the process of cleaning out, discovered fourteen quilt blocks and some extra fabric. Caeli had tried quilting in her early twenties and before long moved on to other interests. My friend wanted to know if anything could be made from these very primitive, wonky blocks. She wanted to surprise Caeli.

Many of the blocks had quarter-inch seams that were more like sixteenth-inch seams. Two of the blocks measured 11 inches rather than 12-1/2. I wasn't about to take the whole thing apart. I separated out the good least wonky blocks.There was enough of the focus fabric for lattice and binding; I bought some read-solids that picked up the colors in the quilt for the cornerstones and borders. The two failed-to-make-the-cut blocks ended up on the back. My machinist quilted it as densely as possible (remember those scant seams!) and I finished it with the binding. As I told my friend, it's not big enough for a bed quilt, but just the right size to cover a small boy who might fall asleep in the car.

She gave it to Caeli today. A Mother's Day gift that was so much fun to be part of! 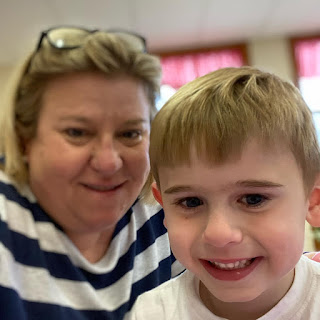 Barbara Anne said…
What a sweet and true story with your imagination, fabrics, thread, skills, well wishes, and love sewn into the quilt!
I wish this family well!