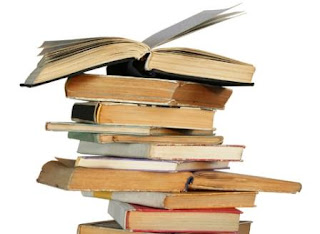 It's been a while since I've done any brief book reviews.  That doesn't mean I haven't been reading.

This Beautiful Life by Helen Schulman failed to live up to its promise.  An intriguing premise -- a happy family moves to Manhattan in a career step for the husband, who settles right in.  The wife misses her past life, her friends, her activities, and doesn't feel accepted by the other kindergarten moms (yes, they have an adopted Chinese daughter).  The son, age 15-1/2, attends a party where a 13-year-old girl comes on to him, and the next day tries to dissuade him from "you're too young!" by sending him a sexually explicit video.  Astonished and unthinking, he forwards it to a friend and all too soon it has gone viral.  This could have been a fine book, but the characters are so one-or-two dimensional that I just didn't care about any of them.  There are a whole lot of adjectives, too.  Not that I personally abhor adjectives, but I really need them to be there for something other than their own sake.  Don't bother with this one.

The Language of Flowers, on the other hand, is captivating me.  I'm about a third of the way through it, and had trouble turning out my light last night!  We meet the protagonist, Victoria, on her eighteenth birtday as she is emancipated from the foster care system.  Told in alternating chapters between now and ten years ago, we piece her unhappy life together.  She's had horrible experiences and is a loner, but one person who had mattered taught her about the symbolism of various flowers and flowers become her world.  Except there are still people in it.  I'm loving it.  You might, too.

And the book club has read Howard's End for this month's selection.  It is still mighty fine, and the struggles between the economic and social classes are relevant today.

floribunda said…
I just finished listening to "The Language of Flowers" -- some of it was a bit improbable, but it was a lovely story anyway! And I loved that it all took place in mt backyard, so to speak...
Wednesday, November 16, 2011 4:14:00 PM