The State of the Blogosphere, as Perceived by N, NP 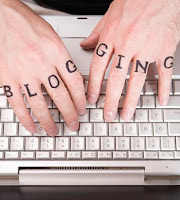 A blog that I have been following for god-knows-how-long is on hiatus -- not because the writer has lost interest in the art but rather because family responsibilities have claimed the time she used to spend on her blog. Another blogger -- somebody I've never met, but feel like she lives right down the street -- has [temporarily?] lost the passion and is thinking of giving up her blog. Others are frustrated with technical issues at Blogger.com and others have been the recipients of unpleasant comments. There's a wind blowing through the blogosphere, I think, not an ill wind that blows no good, but rather a kind of "disturbance in the force" sort of a wind, as bloggers independently and collectively seem to be sorting things out for themselves, and for and with each other.

When I began my blog back in May of 2006, I had no idea at all what I was getting into. I started because I have always enjoyed writing and thinking and journaling, and a blog seemed to be a way to tie those things together. When I first began, no one knew I was blogging and that was pretty much the way I wanted it.  As I visited blogs and left comments, folks tracked me down through those comments, and the whole connectivity of the world of blogging was revealed.

There are quilters who blog for glory and those who blog for cash, to promote their products and to sell their wares.  Some bloggers make money from allowing advertisements to show up on their blogs. There are other bloggers who think about their blog traffic and know how many Followers they have. Some bloggers collect and bestow blogging awards.

I'm none of those.

I have the "Follower" button up because some people use that device to keep track of blogs they follow. I used to have a site meter that told me how many people had visited my blog and where they came from but I removed it because it didn't seem to matter.

I'm a wife, mother, and grandmother who quilts and happens to be a Lutheran but spends far more time among Quakers. And a blogger.

. . . that I have a small, small art quilt on my dresser; it was made by another blogger whom I've never met, who is dedicated to Alzheimer's research
. . . that I have a "round robin" hanging on my office wall; it was made with care and artistry by more than a dozen bloggers, most of whom I will never meet
. . . that on more than one occasion, one particular blogger and I have exchanged prayer requests and felt the power that came from those prayers
. . . that I treasure a bag that came from a blogger I once met up close and personal at a Mexican restaurant
. . . that when the first of August comes around, I get positively antsy waiting for a certain Australian to announce her annual international secret Santa match-ups and that there's a small owl from one such match-up four or more years ago, still residing on my sofa
. . . that such joy came from participating in the making of a group quilt gift for a blogger who was going through a hard time
. . . that when my husband had a heart attack and I nearly lost him, the support and caring messages I received from other bloggers was part of what got me through that hard time
. . . that more than two dozen bloggers from all over the world, some of whom I'd never heard of, responded to my request for blocks depicting cows, most of them asking nothing in return
. . . that I've been the winner of numerous give-aways from generous souls, "just because"
. . . that on the few occasions that I've met up real live in person with another blogger, it really and truly was as if we had just been together a few weeks ago
. . . that when one blogger I follow lost her dear husband, I sat in my den and cried for her loss and when another announced that a grandbaby was expected, I rejoiced along with her

I'm not naive enough to imagine that what people share on their blogs is all there is to them; we all have our shadow sides that we choose not to reveal. I imagine that if some of these people whose blogs I enjoy popping into really did live down the street, one or the other of us would become annoyed by the other; it wouldn't all be just peachy.

But being a blogger has enriched my life more than I know how to say.

It is, as a blog-friend said last week, like being a member of an on-line guild. A guild where meetings are not scheduled regularly (and often inconveniently), dues are not required, and there is no expectation that the members will work at the biennial show, and no one will complain if I forget that I was scheduled to bring the refreshments. It's a guild where I don't have to find my boots and go out in nasty weather, listen to the occasional poorly-presented program, or live up to expectations that I didn't help to define.

And I hope it wasn't your last.

Lynda Halliger Otvos (Lynda M O) said…
Agreeing with above two comments. Your command of the language allows you to be completely understood. Thanks for clarity.
Tuesday, November 01, 2011 3:49:00 PM

Marj said…
Thank you for stating all the good reasons to blog and interact with many very nice people. You go girl!
Tuesday, November 01, 2011 7:31:00 PM

Julie in the Barn said…
You always say so perfectly what I wish I could articulate half as well. My interest in my own blog efforts constantly wax & wane but I would miss my blogosphere friends too much to ever give it up.
Tuesday, November 01, 2011 7:37:00 PM

Chris@Cats On My Quilts said…
Very well said. I feel like I have met all my blogging friends even though I haven't set eyes on any of you. It's a special club.
Tuesday, November 01, 2011 7:58:00 PM

Anonymous said…
I agree, so beautifully said!
While I really miss my favorite posters when they have to take a break, I totally understand......but still miss them.
Thank you for all of your posts and for encouraging us all to keep on posting!!
Tuesday, November 01, 2011 10:29:00 PM

pcflamingo said…
A friend of mine at work refers to times that help him relax as "shoulder-lowering" times. Your blog helped lower my shoulders. Sometimes I don't even realize I'm tense, until I can relax and lower my shoulders. Thank you for words well spoken.
Tuesday, November 01, 2011 10:41:00 PM

Pamela Kieffer said…
Thank you Nancy. I have enjoyed reading your blogs, so many times your seem to say just what I needed to hear and this is one of those times.
Of late I have read criticisms of other persons blogs, to many pictures, to personal, to many give-ways, contests and so forth. That is all part of the persons blog and I don't think they should be discouraged.
Tuesday, November 01, 2011 11:02:00 PM

LizA. said…
You do have a wonderful way with words. We share many similar philosophies and I have enjoyed many of the links/blogs that you have shared. I always look forward to what you have to share.
Wednesday, November 02, 2011 1:07:00 AM

Janet O. said…
I was so afraid, as I read your post, that you were leading up to saying you were through. So glad I was mistaken. I love reading your blog--you are a woman of wisdom. Wish we did live down the street from each other!
Wednesday, November 02, 2011 1:31:00 AM

*karendianne. said…
Well now see - this is the kind of blog I like. Balance. Quilting and quilty-ness in addition to the thoughtful thinking. That's exactly it!
Wednesday, November 02, 2011 10:00:00 AM

Mrs. Goodneedle said…
You are a wise and wonderful woman. I am all the richer for knowing, and learning from, you. Sending you warm, heartfelt hugs~
Wednesday, November 02, 2011 10:04:00 AM

Michele Bilyeu said…
Awesome job, Nancy! I was one of the bloggers asked to post about this, but because so many of the bloggers wrote me first about their frustrations and I spent a lot of behind the scenes time helping with concerns and issues and giving suggestions..I've yet to post directly on the subject...but now..bless your heart, you've pretty much said it all. Thanks for a great post!!!
Wednesday, November 02, 2011 12:43:00 PM

Magpie Sue said…
Excellent post. I really don't want to quit blogging, because of all the reasons you listed. I just have to find a way to cope with the technical issues that crop up from time to time. {sigh} Another lesson to learn...
Wednesday, November 02, 2011 1:05:00 PM

Anonymous said…
I don't have a blog, but I read quite a few. It makes me feel that I have friends all around the world. I love seeing quilts and other things people make and I'm delighted when someone takes the time to write and illustrate a tutorial. I don't need to know all the details of their lives, but I like it when a blogger shares at least a little. My life is enriched by blogs and the bloggers who create them. I thank them all!
Wednesday, November 02, 2011 10:18:00 PM

Anonymous said…
i do not have a blog but am an avid follower of numerous blogs. My life has been enriched in so many ways from all of you who have a blog. Your generosity of spirit never ceases to amaze me! Please know that your blogs are so very valued and appreciated!
Saturday, November 05, 2011 5:38:00 AM

Tanya said…
Love your post! I too have noticed a change in blogsphere but am not sure why or where people go. I love the idea of quilt bloggers being their own guild! Yes! I've always bemoaned the fact that I've never been able to join a guild or know what great things can be offered. And here I find that I am a member of Quilt Blog Guild! Thank you my dear fellow members!
Sunday, November 06, 2011 2:47:00 AM

Anonymous said…
Well said, Nancy. I love the blogging community. Sometimes I'm more active than others, but it's really a part of my world.
Sunday, November 06, 2011 8:09:00 PM

merrily row said…
I subscribe to hundreds of posts in Google Reader of the many thousands that are out there. I weed through them added some monthly and deleting a few others. Almost all I scroll past to see what they are working on on what show they have been to.

Yours, my dear, is in a special folder of ones I ALWAYS read. You consistently give us something to think about and have done so again.
Monday, November 07, 2011 9:32:00 AM