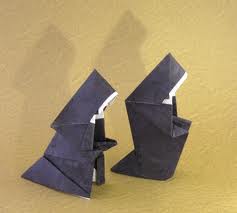 I believe I mentioned earlier that this past Saturday, a whole bunch of us gathered in the Fellowship Hall at church to sew. It was a day that most of us had eagerly anticipated, and the only fly in the ointment was that two of the Usual Suspects had other commitments and were unable to join us.

When I went to bed on Friday night, my eagerness for the coming day was mixed with a fear that my alarm wouldn't go off. I guess that had something to do with The Dream.

It seemed that the group was all assembled in the Fellowship Hall, each with her own sewing machine (as usual) and two to a table (as usual) and dressed in nuns' habits (not usual). And not all of the habits were the same; apparently we represented different orders.

So we were sewing along nicely and behaving much more respectably than usual, when suddenly from the northwest corner entrance came a loud commotion. In came a band of strange, rowdy nuns who appeared to be right out of Monty Python's Flying Circus! "We're the Camelites!" they shrieked. One of our number foolishly attempted to correct them. "Carmelites, I think you mean," she said. "No, no, Camelites! See we have camels!" And when we looked, indeed, these noisy peculiarly habited sisters were perched on dromedaries.

And that was pretty much it. 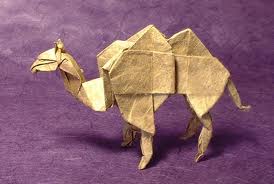 Jean Burke said…
I did a double take and had to read this twice. I watched the first three episodes of Call the Midwife late into the evening - so went to bed with my head full of nuns. Yesterday, I'd downloaded and printed a recipe for caramelitas. Had the nuns on camels been eating them, I'd have thought the good Lord was trying to get me to enlist!
Tuesday, April 09, 2013 6:01:00 AM

Mrs. Goodneedle said…
Very funny dream; as one who dreams frequently, I've had my share of ridiculous ones (that I can remember) and this one ranks right up there! What fun~

Janet O. said…
My goodness, what a dream! Don't you just marvel sometimes at what the brain creates out of the subconscious regions while we sleep? I've had some real beauts myself, but none involving nuns on camels! : )
Tuesday, April 09, 2013 10:10:00 AM

Quiltdivajulie said…
Wherever did you find such perfect photos to go along with your camel-astic dream ?!?!?

Barbara Anne said…
I've had little contact with nuns in my entire Protestant life, but I have to wonder ...
Does this Dream pose the idea that nuns work together in creative harmony, albeit on different projects? Obviously, some of them maintain delightful senses of humor, too.
Does the timing of this Dream have anything to do with the new Pope?

Am I totally off base as I have no frame of reference beyond having read Rumer Godden's book "In this House of Brede" ?! :)

Ah, the wonders of the subconscious mind!

Paula, the quilter said…
Doesn't the mind work mysteriously? I have had my share of odd dreams, when I can remember them, but I usually CAN'T remember them. Maybe I should be thankful for that. Just love the photos you found to illustrate this post.
Tuesday, April 09, 2013 4:17:00 PM

Anonymous said…
I'm jealous. If I dream, I don't remember them. I hope that you didn't find this dream disturbing, it sounded wonderful to me. Thanks for sharing.
cindy
Tuesday, April 09, 2013 4:55:00 PM

Pat said…
One could do a lot worse than having a Pythonesque dream. I'm not sure what's funnier: the camels, the Camelites or the thought if the Usual Suspecta as habitted nuns. Perhaps it was your subconscious acknowledging you life has been on the Theater of the Absurd side lately? In any event, that was pretty darned funny.
Tuesday, April 09, 2013 5:22:00 PM

Salem Stitcher said…
That is pretty darn hysterical. I'm hoping my friend Laura P. is reading this post. She is excellent at dream interpretation. Our minds (especially under stress) are incredible.
Tuesday, April 09, 2013 6:02:00 PM

Gari in AL said…
Dreams must be catching. For the last several nights I have been having dreams that are more like novels and/or murder mysteries. And I abruptly wake up from them. This has been happening for a little over a week..wierd.
Wednesday, April 10, 2013 10:59:00 AM