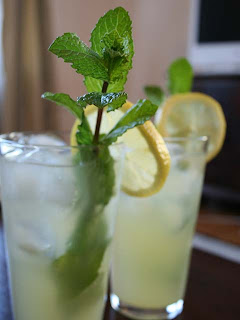 It has been a long process, these two and a half months. On January 29 I experienced what so many have experienced these past few years: the major traumatic life event of losing one's job. On January 29, I felt only shock and raw, undefined pain. Within days this developed into all kinds of feelings: panic, anger, pain, sadness, confusion, loss, incomprehension. I spent my time trying to imagine what Joe's and my life would be like, dealing with a profound sense of loss, resentment that others had made a major decision on my behalf with no input from me, and the anguish of realizing the financial impact and trying to come up with a financial plan in the likely event that I would be unable to secure another full-time position.

Then there was the stress of knowing that there were likely five months of this to endure, five months of putting on a brave face when I was terrified, five months of needing to be professional in a devastating situation, stress that at times seemed unbearable. There were times when I was so raw that I cried, times when I allowed myself to feel angry at the people who had made this decision for me and still try to give them the respect colleagues should receive, There were times when I had to leave campus because the stress was overwhelming. Much of the time I was so engrossed in trying to make sense of the unknown that I was unable to be tuned in to very much else.

On Friday, for the first time, I woke up feeling very close to my real self. Here is what helped me to transform my lemons into lemonade:


A few weeks ago, after I had become convinced that because of my age I would be unable to find a full-time job, I applied for a part-time position. Several days ago, I was offered and accepted the position. There are still some concerns that must be figured out, but the job appears to be a good fit, possibly custom-made for me. I will share more details soon. But right now, I think it is time for a glass of lemonade. And I certainly do like the sound of this recipe!

Beth said…
Congratulations! I have been waiting for this post (I knew it was coming!) I would also like to thank you for sharing this journey.
Sunday, April 14, 2013 6:51:00 PM

Exuberantcolor/Wanda S Hanson said…
I hope the job is as good of a fit as it looks to be. I have been throught the many stages of grief a couple times in my life too and we all endure and survive. The journey was not all fun but we do survive. I knew you would be OK.
Sunday, April 14, 2013 7:04:00 PM

Congratulations on finding your glass of lemonade! I have been thinking of you this weekend. Do you remember the blog that you wrote a few years ago about the wedding you attended where the men had to wait in line for the restroom? I wrote to you then about having a son at Drexel. I was just in town yesterday for the wedding of the young man and woman who sang at that wedding. It was a beautiful event. Seems they found some lemonade too!!
Susan
Sunday, April 14, 2013 8:57:00 PM

I hope this job is custom made for your gifts, talents, experiences, and ministry. Just think, with a part time position, there will be more time to play, to sew, to travel, and to enjoy life.

Thanks be to God!

Janet O. said…
Hooray for you, Nancy!!
I appreciate what you have shared with us about your journey. We can all learn form the experience of others, and you have been an example of someone being very real, yet trying to rise above a trauma over which they had no control. I have learned from you and prayed for you. Enjoy that glass of lemonade!! : )
Monday, April 15, 2013 1:35:00 AM

Anonymous said…
So happy to hear the news. All of your followers shared your sadness and fearfulness and yes, your anger that this should be done to you. You have many friends out here in cyberspace who are rooting for you.
Sue
Monday, April 15, 2013 9:02:00 AM

Lynn said…
I'm so happy to read your news Nancy. Recently I've been following your blog and I've enjoyed you as a writer and quilter. Yes, a door opened and a new chapter begins. ~~Lynn
Monday, April 15, 2013 9:21:00 AM

suz said…
I am so happy for you! I've empathized with you thru this struggle as I'm a legal assistant and close to retirement age. I know there aren't any positions "out there" as my job is disappearing (my whole industry is dramatically changing). I keep hoping I can last until I'm ready for retirement, but each week is a gift. I fear for the younger people in this industry - they will get clobbered. I'm trying to think out of the box for the next step in my life since I'm single and not financially ready for retirement. It's nice to hear someone found an open door! Sounds like you've earned that lemonade!
Monday, April 15, 2013 10:18:00 AM

Quiltdivajulie said…
Oh, Happy Day!! Sending heartfelt hugs of joy through cyberspace to you . . . may all good things come from this difficult and challenging experience!!
Monday, April 15, 2013 12:10:00 PM

Quayquilter said…
I am so pleased for you Nancy. In the past I too have met with similar reverses, oceans of tears and buckets of rage only for for "all to be well". I am so glad to hear yournews and pleased the part time status will keep food on the table and give you time for your quilting. Greetings too to Joe as he must be equally delighted, or almost.
Monday, April 15, 2013 3:11:00 PM

Ms. Jan said…
Smiling with happiness for you, from the Left Coast!