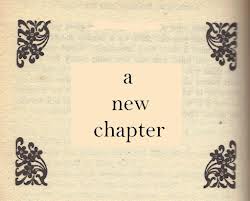 It is the beginning of the second week at my new job, and things are going well!

I work as parish administrator for a small Episcopal church; my position is part-time: five hours per day, four days per week. I am learning to say "senior warden" instead of "council president," "vestry" instead of "church council," and "rector" rather than "pastor." Otherwise, the subject matter is pretty familiar!

My commute to the school, I used to tease, was "seven minutes, eight if the traffic is bad." My commute to the church is much longer ;-) -- ten minutes, eleven if I hit the lights wrong. My office has a window out into the world, something I'd missed for the past twelve years.I have children who are older than the rector, whohas five little ones of his own. The congregation is small, and the church rents out the sanctuary to a Pentecostal-style denomination for a service later on Sunday.

Space is also rented to a small, private school, very much in contrast to the school I left. Whereas the students at the school I left were in many cases people of privilege (with tuition nearly $30,000 per year in some grades), people with great ambitions (99-100% college attendance following graduation), the students in this little school are among the most marginalized. They are all autistic. With a nearly 1:1 teacher:pupil ratio, I am discovering what one branch of sainthood is. These men and women appear to have infinite patience and unfailing optimism. I'm going to learn a lot as I experience this new-to-me population.

Mrs. Goodneedle said…
Your new employer is blessed to have you, and you are likewise blessed. That's not to say that this new opportunity won't be fraught with challenges along the way, it will be, but you will rise to meet them and revel in this new life of yours. Praying for you as you embark upon this adventure, it's a gutsy move, especially for a Lutheran... hey, the language alone would take me forever! ;)
Monday, May 06, 2013 6:29:00 PM

LizA. said…
I have to agree with Mrs. G. However, something tells me this will be a very good place for you. I've subbed often at our church and I know how challenging such a position can be. But hey, if somebody complains to you about Sunday's service you can always plead ignorance since you were at the Lutheran church! Wishing you all the best in your new path...
Monday, May 06, 2013 9:59:00 PM

antique quilter said…
anew learning experience is always good.
the hours sound perfect and you will appreciate these teachers more and more as time goes on.
Kathie
Tuesday, May 07, 2013 5:12:00 AM

Barbara Anne said…
Praying this new chapter is as good as the things you've mentioned make it seem to be! I believe it will be a good fit for you.

As someone said, "Ministry is where your gifts meet the world's needs.

May part time work be a blessing for you!

Quiltdivajulie said…
As the parent of a now-adult son "labeled" as a high-functioning Aspie (meaning the 'upper' end of the autism spectrum), I can assure you while those students present challenges to the adults in their lives, the children have SO much to give in return - if only the non-autistic population will let them.

If you've not read the work of Temple Grandin, I highly recommend it.

Blessings to you in your new world!

Gari in AL said…
Congratulations on the job. How great to find something that you are already greatly qualified. I know both you and your employer are lucky to have found each other.
Tuesday, May 07, 2013 9:34:00 PM

Unknown said…
In the words of the age old hymn 'God works in mysterious ways his wonders to perform' I'm thinking maybe this, as painful as the process has been, has all happened for a reason
Wednesday, May 08, 2013 3:01:00 AM

Lorraine said…
I hope you are enjoying the new job and the challenges and rewards it may bring. My wonderful (one day to be ) daughter in law works with autistic children and finds it very rewarding - and has changed her career path in order to be able to do it full time
Wednesday, May 08, 2013 9:21:00 PM

Judi said…
Oh my - this is sounding very familiar...is this a kinda of "take it back into the family"??

AnnieO said…
A refreshing change without a complete change--I think that is a great combination for this next chapter. Glad you are still among Those Who Care for Others!
Saturday, May 11, 2013 11:38:00 PM

Tanya said…
It looks like you've found a place where you are needed and can contribute abundantly! And learn new things too. Good for you!
Sunday, May 12, 2013 5:19:00 AM

suz said…
While a door was closed on your life, it appears God opened a fantastic window for you. I think this will be an amazing chapter in your life.
Monday, May 13, 2013 12:42:00 PM