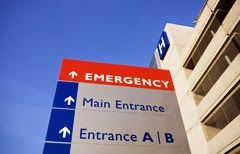 If you have read this blog for any length of time, you may recall how devastated I was last winter when I learned that my job of the past thirteen years was being eliminated -- I was downsized due to decreased enrollment at a very expensive school. Early on my efforts at finding another job were fruitless: No one wanted to even interview a woman in her late sixties with spotty technology.

The school kindly provided for me a number of sessions with an outsourcing professional. A kind, bright and optimistic woman, she helped me revamp my resume, look at the kinds of things I was good at, and how to best sell myself to prospective employers. (Her being a quilter enhanced her likability.) She looked at finding a new job as just a piece of making the adjustment to what had happened. She said to me, "Oh, six months or a year from now, you'll say 'Losing my job at the school was one of the best things that ever happened to me.'" As much as I liked and respected her, my response was, "Baloney."

I jumped at the first job that was offered to me, partly because I was afraid there wouldn't be a second possibility and partly because staying at the school through the end of the academic year had become untenable. We'd met with a financial planner and four mornings a week running the office of a very small church seemed like it would work for us. And so I left the prestigious Quaker school and went to work in the office of a church that just happened to house a little school for about a dozen and a half autistic children. My mornings have been filled with phone calls from parishioners alternating with very young boys in near-adult bodies coming in to use the copier, visits from salesmen alternating with the shrieks of anger coming from a pupil who can't communicate her feelings any other way, preparing the bulletins for Sunday alternating with the near constant running of the vacuum cleaner as the students practice occupational therapy; not to mention falling in love with one young girl.

Having my afternoons and all day Friday free was new and fun, but after the newness wore off, it occurred to me that I might volunteer again in the pastoral care department at the hospital. Sister Angela was long gone, but I met up with a very pleasant staff chaplain who was eager to add me to his roster. When we met, he looked at my resume and spoke about another opportunity. I decided to pursue it.

Last week, a lady from the HR department of the hospital phoned to offer me a paid position as "hospital chaplain, casual." After some training, I would be part of the team of relief chaplains, working a few shifts per month as the sole chaplain in the 600+ bed hospital. I would be carrying the trauma beeper, responding to all Codes, performing baptisms for babies not expected to survive, picking up referrals for in-depth pastoral care visits, checking the family waiting rooms, and all kinds of other things. The work would be mostly on weekends and holidays, and it was unclear how frequent the shifts would be or how long they would last. There were unanswered questions, but was I interested?  and could I begin sometime in December?

I didn't hesitate for a minute. I'd been getting ready for about twenty-five years.

Then, after I'd chased the tears out of my eyes, I wrote to the outsourcing lady to tell her that yes, of course, she was right.

Brenda said…
Congratulations on the new position and blessings on you as you carry on this important work.
Thursday, November 28, 2013 7:56:00 AM

Sandra said…
I have loved reading your "long story". I have always believed that things do work out as they are supposed to. The fact that it took so long for you just makes this opportunity sweeter. Those you serve in the hospital will be comforted by your compassionate presence.
Thursday, November 28, 2013 8:18:00 AM

Linda said…
So many congratulations, Nancy. Your soul will be fulfilled.
Lurking Linda
Thursday, November 28, 2013 9:23:00 AM

Anonymous said…
Thank you for sharing your long story. What a wonderful road you have traveled. It is clear that there was a purpose for everything that has happened. God is good and those you serve will be blessed.
Thursday, November 28, 2013 9:49:00 AM

Lynda Halliger Otvos (Lynda M O) said…
What a wonderful story and the happiest ending. Best of luck to you in this new and cherished endeavor.
Thursday, November 28, 2013 2:02:00 PM

Cathy said…
Best of luck in your new position. They need more people like you for those positions!! Happy Thanksgiving to you and your family!!
Thursday, November 28, 2013 3:33:00 PM

Lorraine said…
I have enjoyed reading your "long story" - I think your training coupled with your life experience and caring soul makes you the perfect candidate for this position - I can only hope if ever I am in need of comfort in hospital there is someone like you nearby.
Thursday, November 28, 2013 7:05:00 PM

Barbara Anne said…
How joyous an ending/beginning for you!! You are so ready and all of your experiences and education will help you help others.

Happy dancing at this oh-so-perfect opportunity that has come your way!!!!!!!!

Thanks be to God!!

AnnieO said…
You are a captivating writer, as always, and I am pleased to have seen the next chapter of the story is going to be written with such joy, in the work you have been readying for all these years. Being wanted and needed is the best job security ever! Thank you for sharing the long story.
Friday, November 29, 2013 6:30:00 PM

Pat said…
You have not chosen an easy path, but you have an enormous heart and your shoulders are surprisingly broad for such a wee bit o' a thing. The door is open wide for this new leap of faith. Leap, Sistah, leap!
Saturday, November 30, 2013 10:50:00 AM

Sarah said…
Excellent news for you Nancy, congratulations! I'm so glad you get to work in your dream field. Are you going to stay at your church office/school as well? Best wishes for your new work adventures.
Tuesday, December 03, 2013 5:22:00 AM

Tanya said…
Congratulations! You are where you are supposed to be. I'm sure the hospital will consider you a treasure.
Tuesday, December 03, 2013 6:29:00 AM

OT Quilter said…
So, sometimes long journeys are better, leading us to unexpected but perfect destinations. Your story, your determination (and your energy) are so inspiring. Thank you for sharing it.
Wednesday, December 04, 2013 8:00:00 AM