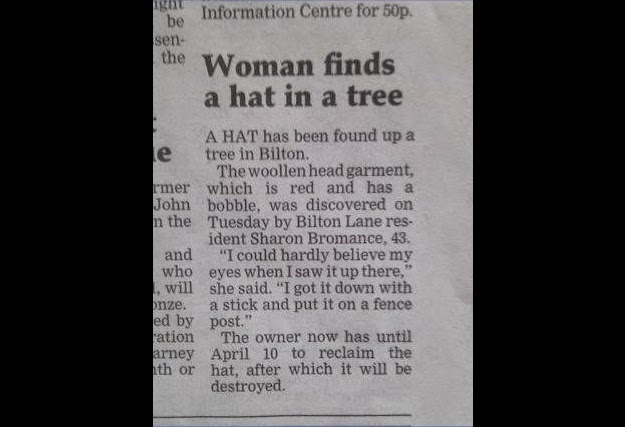 Not much to report from Near Philadelphia. Let's see what I can rustle up:

Quiltdivajulie said…
Good luck with your birthday season. Our's comes in May ....

Barbara Anne said…
Love the bits and bobs of news and wonder where in the world the hat was found. I have all of my hats so it's not mine.

Our birthday/anniversary month is April.

Hang onto your hat for all of the birthdays coming up in your family! :)

Quilting Nonnie said…
Thanks for the recommendation on the book. I teach blind and visually impaired children. This one sounds intriguing and a venture into something creative and new in the genre. I've already put it on my Kindle.
Saturday, January 17, 2015 1:03:00 PM