Wait a minute! Wait a minute! Madrid was the Blogger and her daughter, not her husband. Last we heard of him was on Gran Canaria. What the heck happened to Himself?

Well, as it happens, Himself has long had a passionate desire to cross the Atlantic Ocean aboard Star Flyer or one of her sister ships. And as it happened, the trip that we'd previously planned to Spain and Morocco just happened to end at the place where Star Flyer's Transatlantic Journey began! And so, with my full blessing, he fulfilled his dream. The Madrid part was decided later on. 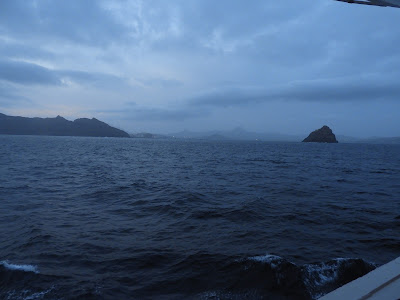 After leaving Las Palmas, Star Flyer visited, I believe, two more ports, both in the Cape Verde chain. First up was Mindelo, and we'll let Himself, the Guest Blogger, take it from here:

Mindelo is on the island of Sao Vicente, one of 10 islands in then Cape Verde chain. These islands are spread out over several hundred miles and are located about 600 miles from Africa. This group of volcanic islands is due east of southern Mauritania and northern Senegal. The climate is very dry, but often covered in clouds and mist. The high mountain locations get the most fog and are, therefore, the best places for crops. Our tour took us in two buses up a narrow, rough, and very steep road to the top of the highest point in the island. At the top, clouds below covered the view of Mindelo. 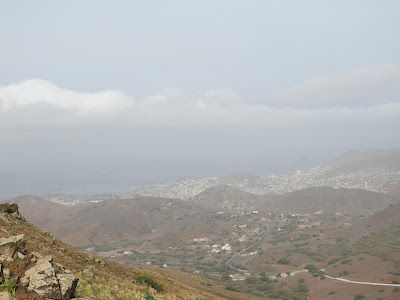 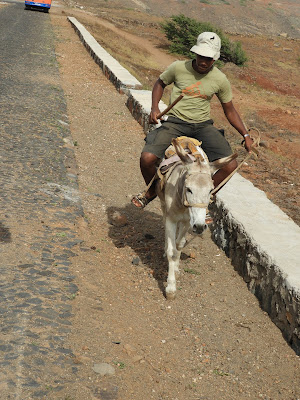 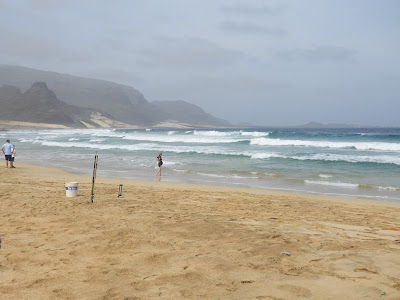 This is a volcanic island, but the sandy beach is not black. Rather  it is yellow! This is Sahara sand.  600 miles away sand storms have sent sand to Sao Vicente island. You will hear more of Sahara sand in the next port, and you will see it in the air.  In the center of the island is a fresh water oasis, very green and all cultivated. We were in town on a Sunday and the shops were  all closed and quiet. Almost everyone was at the beach.  Upon leaving the island we sailed around the island to the west and pasted many miles of rocky coast. 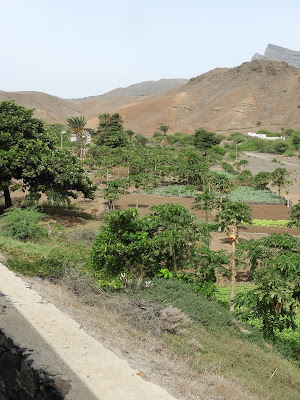 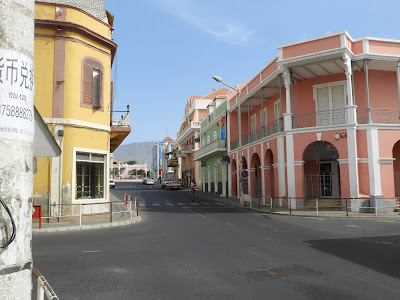 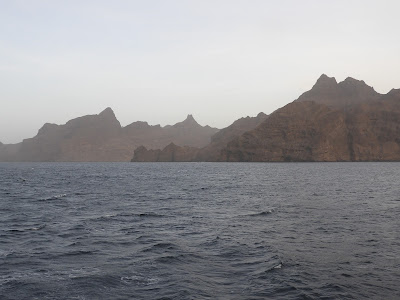 Barbara Anne said…
It's nice to find out what became of Himself! Even nicer that his dream came true and that he will be telling us about it.

What shall you be doing as he takes over on your blog for a while? Since you're gloriously retired now, it's your choice. :)