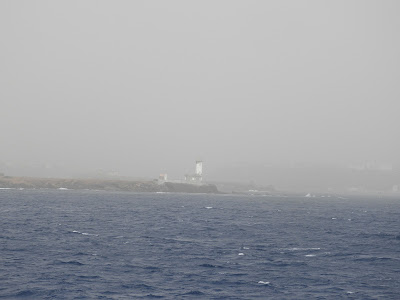 The capital of Cape Verde (Cabo Verde in Portuguese) is Praia, on Santiago Island. These first two photos show this mist or fog, but the locals just call it Sahara Sand. At first, I didn't believe that sand, however fine it could be, could blow from the Sahara Desert 600 miles away. But after a full day of breathing it, I could feel it in my nose, in my eyes, and in my throat. I now know and believe in Sahara Sand. Our visit was on Monday, November 13th, and the stores and shops and market were open. 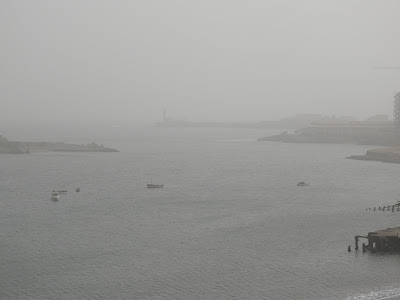 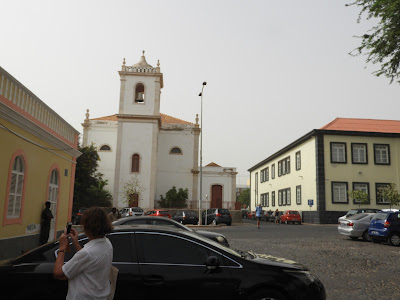 Praia is the capital and busy with an active port and highways. On the other side of the island we visited an old fort (with resident), and the small village below. 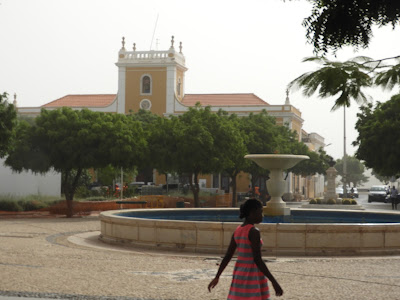 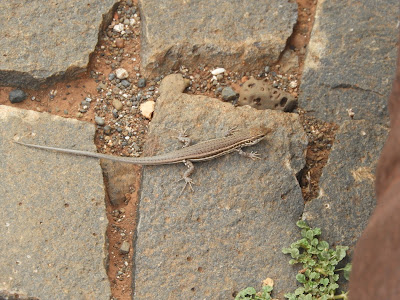 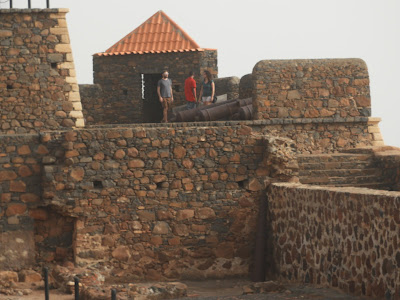 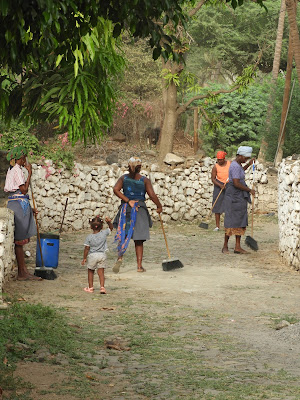 In the small town below the fort, we saw women sweeping the dirt street and selling their wares. At a small square the local women knew we were coming to visit and they put on a dance presentation for our tour. 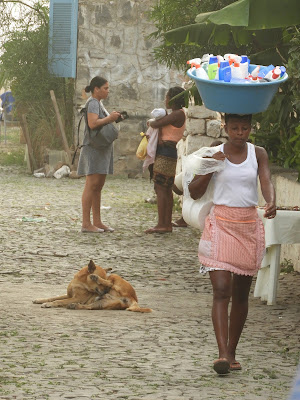 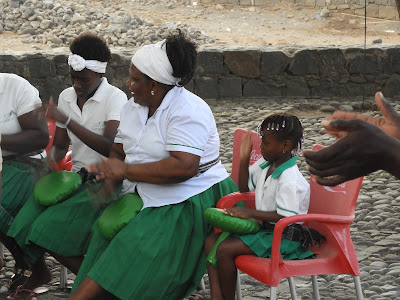 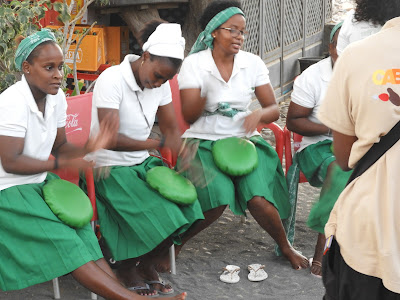 All of the Cabo Verde Islands are very dry and poor. The population is a mix of Africans and Portuguese, in a Creole culture. The main industry is fishing. In the past. this is where slavers would bring the captive Africans to be carried to Barbados in the new world. Today and for the last several years, the Chinese have improved the roads and schools, and built the first university and other facilities for the locals. In ten years they are to pay back this investment. In the meantime, the Chinese are allowed to fish the local waters at will. We were told that many of the construction workers used for these new developements are the Chinese rather than local residents. The local residents have experienced a doubling in the cost of their fish, while still appearing to be poor. I think we all left with a troubled feeling. 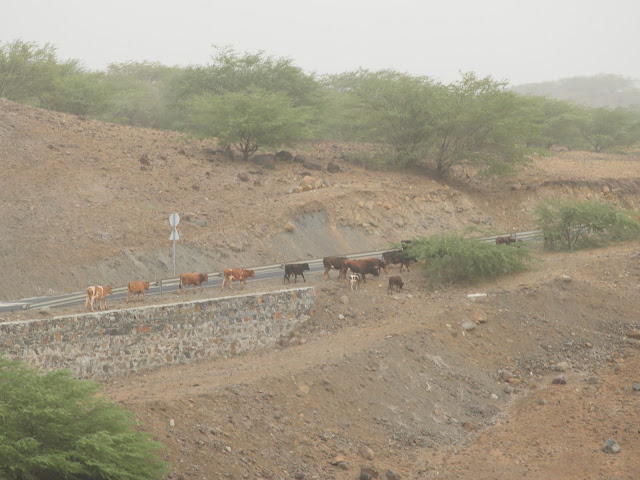 Barbara Anne said…
As you said, interesting, but troubling and that sand isn't not to be envied.