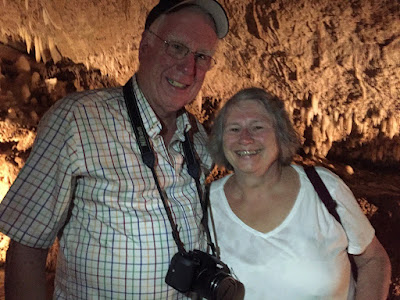 I'd bought us a pair of tickets to a full-day tour in Barbados on Sunday, and it was money well spent.

We were picked up at our hotel at the appointed time and our first stop was Harrison's Cave. Joe and I have seen stalactites and stalagmites before and always found them interesting. This time was no exception. The guide was outstanding and the people on the tour was amiable. One of them offered to take this photo of us inside the cave. 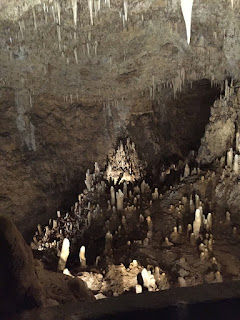 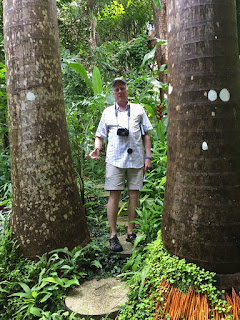 After we left the cave, the tour took us to the Flower Forest, a beautiful tropical rain forest. We weren't surprised that it rained just a little bit while we were there. We walked and walked and saw gorgeous exotic plants.

Some of our tour mates opted for a different experience, so we had a little time at the conclusion of our exploration to relax in the gift-shop lobby and enjoy a complimentary mango beverage before resuming. 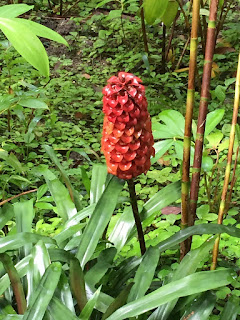 We had a brief stop at Bathsheba's Beach, a lovely spot we'd visited before. There was a large group of people in the picnic area and conversation with them revealed that they were from a nearby church and had decided to have their worship service on the beach that day in celebration of Barbados Independence Day which would occur later in the week.

Next we were off to a Caribbean lunch at a place favored by locals.

Then it was time for the absolute high point of the day.

I've never before been to a place like the Barbados Wildlife Reserve. It was extraordinary. Our tour was timed so that we would arrive at the Reserve shortly after the beginning of feeding time.

Upon entering the reserve, the first thing we saw was a couple of huge turtles, lumbering along the pathway, unrestrained by fence or barrier of any kind. They walked with an intensity, with a purpose, and we were going in the same direction. We all arrived (us a bit before some of the turtles) at a clearing where a major feeding was going on. Pumpkins or winter squash or something in that family had been cut up and offered to all takers. And takers there were. In addition to the turtles were the green monkeys (some of whom used the turtles as stools), peacocks, deer, all eating together mindless of those of us within arm's reach. It was absolutely wonderful!

At the end of our visit we were treated to a very tasty rum punch which was totally unnecessary since we were already giddy from our experience.

And the next day, it was time to return to reality. We had missed Halloween, Joe had missed Thanksgiving, and we came home to people selling Christmas trees. Our Epic Trip was over. 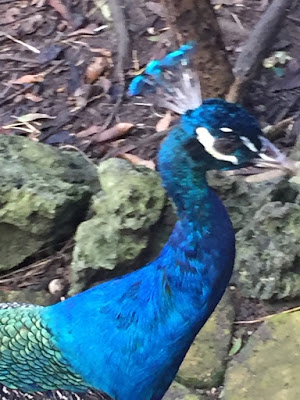 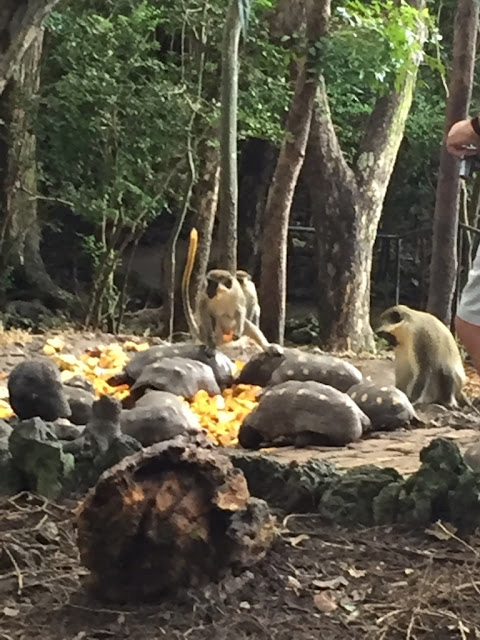 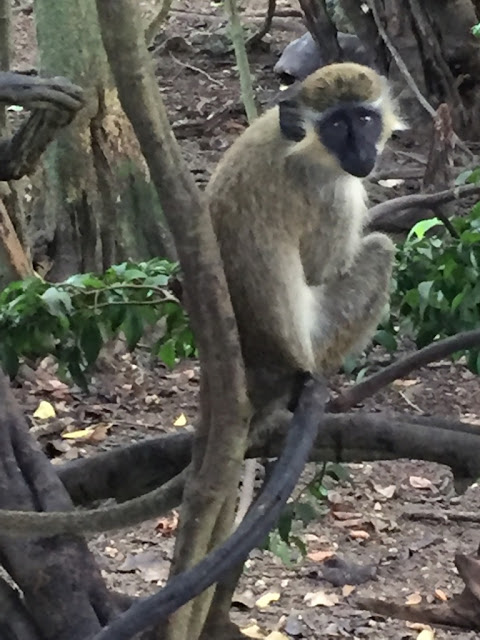 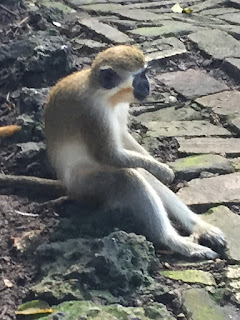 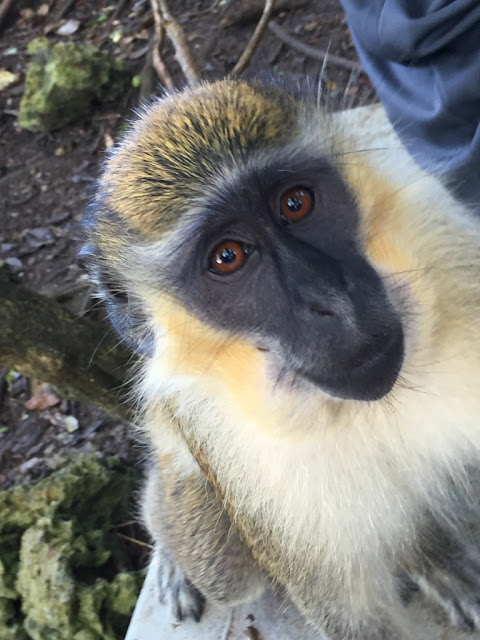 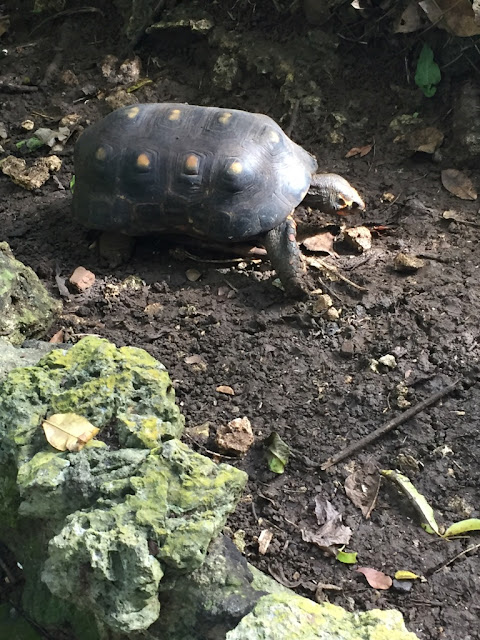 Karen said…
Thank-you for sharing your Epic Trip with us. It was armchair travelling at its best!

Synthia said…
I loved your travelogue! Unfortunately we have "aged" out of traveling ourselves and I thoroughly enjoyed reading about your grand adventure. Thank you for sharing!!!! :)
Friday, January 12, 2018 9:07:00 AM

Quiltdivajulie said…
What a FABULOUS ending for your epic journey. Thank you SO much for sharing it with us!
Friday, January 12, 2018 9:27:00 AM

Barbara Anne said…
What a glorious, memorable, and truly epic adventure for you two - and your daughter while in Spain! It was a treat to enjoy the trip and your wonderful photos. Thanks to you and Joe!

Have you caught up with yourselves yet?

Pati said…
Wow! I just finished reading about this Epic Trip!! Sounds like it was fun for both of you! I too, have reached an age where I have realigned my priorities. Sounds like a wonderful time. One that you will never forget!
Monday, January 15, 2018 11:38:00 PM