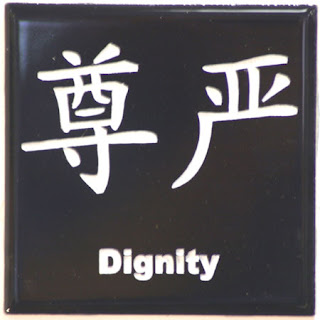 Nicole has an interesting post today and it somehow connects with my recent experience with Facebook. It is about an "Oprah" broadcast where her squad of invasive declutterers "helps" unsuspecting people who have tidiness issues.

I cannot, for the life of me, imagine why anyone would (a) allow total strangers to come into their personal space and weed through their possessions and (b) want this exposure to be seen on national television.

I suppose it is for money.

I have skimmed a couple of other "reality" television programs, where people swap a member of their household for a week, where they let a crew of "professionals" rifle their closets and mock their clothing, where they live among a group of strangers and collaborate on projects amidst the exaggerated interpersonal difficulties that crop up.

I don't choose to watch much television, but sometimes I'm exposed to it under circumstances that are more or less beyond my control.

Once in a hospital waiting room the TV was set to a program where a host was interviewing a family. The mom was morbidly obese and slovenly and she was screaming about why shouldn't her adult children assist her with toilet functions -- after all, she had changed their diapers when they were babies.

A couple of weeks ago at the place where I occasionally have my nails done, "Dr. Phil" was featuring a woman whose high-school age daughter had left home and was living as a prostitute. Yes, the daughter was on the show as well. The two guests argued, cried, and emoted while the host acted as an ineffective intermediary.

Fortunately, I've blocked out other examples.

"Too Much Information" has been a theme for me recently, and these television programs fall into that category and introduce another element: Dignity, or rather the lack thereof. I assume all of these people are paid mightily for exposing themselves, for what should be humiliating experiences. And that strikes me as terribly sad.

All at once, I'm feeling really old.

Three Birds Inspired said…
When I was living in Seattle, I went to a nail salon that seemed to always have on of those shows with paternity tests, cheating husbands, wives that were prostitutes, etc. Because I could not convince them that their viewing choices were horrendous, I sitched to a salon that televised re-runs of the Golden Girls. Now THAT made me feel old (but not sleezy)!
Thursday, March 19, 2009 12:06:00 PM

Paula, the quilter said…
The trend to reality shows and talk shows is very depressing. All of them remind me of "The Running Man" the film not the book. There doesn't seem to be much in the way of creativity in television and movies in the last several years just remakes of previous episodes and movies. So sad, so dumbing down. I don't watch much but hubby does so I get it second hand.
Thursday, March 19, 2009 12:27:00 PM

Leslie said…
I agree with your thinking, it's not educational nor entertaining. It reminds me of Jack Johnson's ' Cookie Jar' lyrics. He talks about our morality being degraded by what's on television but when the producer is criticized he says "Don't blame me, it's what the public asks for." A two-way mirror. I think the last time I watched TV was the Summer Olympics in 2004.
Thursday, March 19, 2009 12:50:00 PM

LoieJ said…
What's that Bible verse about keep your mind on things that are...? I'm too lazy to look it up, I guess. But in any case, if you followed that, there would be no time for sleeze TV. And I really don't assume that people who are stupid enough to do that stuff are paid.
Thursday, March 19, 2009 9:35:00 PM

Gari in AL said…
I don't watch any of the reality or talk shows. I like uplifting and/or fun entertainment. I watch HGTV for creative ideas and color combinations but don't even watch there if it is sad, depressing, or humiliating. Life is too short to waste it on junk.
Thursday, March 19, 2009 10:53:00 PM

Mrs. Goodneedle said…
I agree, it's sad beyond reason if it's for financial gain. And then, I wonder if it's really REAL, or ratings contrived. I continue to be shocked by what people would sacrifice for $, maybe I shouldn't be...
Friday, March 20, 2009 5:44:00 AM

Nicole said…
You have got me thinking Nancy. You are so right about how humiliating it is for these people to put their failings on national tv. We do not need to know these personal things. Now if someone WANTS and ASKS for help becoming more organized or dressing more flatteringly that may be a different story. At no time however should their previous behavior be mocked. They have expressed a desire to change and that is between them and the expert they have asked to help them. A professional confidentiality of sorts. Things are just way too public these days.
I was at the hair salon this week and a woman that I knew socially was having her hair done at the same time as me. I could hear her dissect her romantic relationship (with a man I also know) with the hairdresser, and I wanted to put my fingers in my ears. TMI!!!
Saturday, March 21, 2009 3:43:00 PM

suz said…
My son and I are the only ones in our family & groups of friends that hates these kind of shows. I've never watched reality shows on purpose, although, like you, I've been exposed enough to be aware of them and all I can think of is "what were you thinking?" I don't like Idol or Dancing With the Stars type shows either. There are about 3 shows I watch on TV right now and I'm really grateful for Netflix! It also truly annoys me how many people are now "famous" for being "famous?" - what is that about!
Monday, March 23, 2009 11:23:00 AM

Unknown said…
It would seem that sadly reality tv shows are popular the world over - we see just as many here in the UK. However the reason they succeed is that people watch them - I always vote with my finger - by pressing the off button!
Wednesday, March 25, 2009 11:33:00 AM