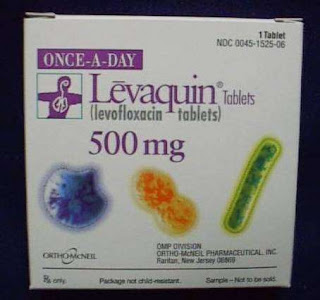 It's been a hard winter, healthwise. I think I mentioned this before. The cough that seemed to have become as much a part of me as my freckles was so bad on Sunday night that I was in tears over it. And even THAT didn't help! Being up at night from the cough, being plum worn out from the effort of the constant hacking had taken such a toll on me. Plus the supposed remedy -- "drink plenty of fluids" -- brought problems of its own in the incompatible combination of a constant cough, lots of water, and a three-child bladder.

Saw the doctor on Monday and she put me on Levaquin (in case it is an infection) and Claritin (in case it is an allergy) and ONE of the two of them is doing its job! I still sound a little raspy in the voice and I still cough some. But last night I fell asleep almost immediately. And I had a little energy in the evening to do some major picking up and a little ironing.

Taking the Levaquin, taking the Claritin, planning little for the weekend, and hoping for the best. Thank you to those who inquired . . . .

Mrs. Goodneedle said…
Take good care of you, I've been worried, you've been quiet. I can relate to the coughing/bladder concern, after drinking gallons of fluid! It's always something... ;)
Friday, March 13, 2009 9:07:00 AM

Helen said…
I'm so glad the medication is helping.

One month ago today I had surgery for the bladder thing. (Actually I had the surgery for the leaky thing a few years ago...last month was to put a lot of girly parts in suspension down there.)

The surgery wasn't bad (either time) and it's sooo nice to be able to cough, sneeze, bend over, etc. without having an accident.

SallyB said…
Have you had X-rays or CAT scans to find out if there's something going on with your lungs that might need urgent attention? Could you be developing late life asthma or allgergies like my mom did?

Don't neglect a chronic cough. It's a sign that something's terribly wrong and needs attention post-haste, beyond just taking anti-cough meds. You might want to consider having some imaging (X-ray or CAT scan) done just to find out if there's something that the doctors aren't catching.

NoVA Dad said…
Ugh; I hate to read this. I'm glad that at least one of the meds seems to be having some positive impact. Hope you're able to get some good rest over the weekend.
Friday, March 13, 2009 2:38:00 PM

Guenveur in Kent said…
Glad you saw a doc. My daughter does like to put the worst case scenario on things, but she means well.
WV: ameddlat- "My son won ameddlat the Olymplics last summer," said Mrs. Phelps.
Friday, March 13, 2009 7:10:00 PM

Barb said…
Oh my Nancy this has really been hanging on for you ~ I do hope the weekend brings lots of rest and a major improvement for you! Get well friend, Spring is coming!
Friday, March 13, 2009 7:23:00 PM

*karendianne. said…
Bless you little self my friend. I didn't know the crud was still hanging around. This new friend reminds me of the Leviathan so it better work!
Saturday, March 14, 2009 3:31:00 PM

AnnieO said…
Gee, I couldn't help but notice the very pretty colors of the germs on the front of the Levaquin box--funny! I hope your good health returns sooner rather than later and your flagging energy re-ups!
Saturday, March 14, 2009 5:20:00 PM

Karen L. said…
I have been reading about your cough and can certainly identify. I started with a bad sore throat last October and then started coughing. Just when I thought it was clearing up, it started again over Thanksgiving and then again over Christmas and then again in January. Had to sleep several nights sitting up so the cough would be a bit less. It messed up my throat so much that I started snoring a lot at night which I did not used to do. I think that was due to the constant "clearing out" of my throat; I had probably "pulled" it out of shape. My doctor also suggested Claritan as it might be allergies but I did not think so as I never had allergies before. Well, what the heck do I know. February came and went without incident and March has been OK so far. I hope the meds continue to work for you. Contiuous coughing sure gets old fast!!! You will be able to stop them later. Oh, and my snoring finally stopped. I do feel for you and hope you are on your way to mending. (Used to live in the Philly area; now am in NC. I miss crusty rolls but we are finally getting TastyKakes here!!!)
Sunday, March 15, 2009 5:03:00 PM

suz said…
Glad you were able to find something that works. Here in New England there are 2 serious flu viruses-I got the one with the cough, which I'm told will persist for a few weeks (oh joy-but better than the other one, which made you live in the bathroom for a week!). I've coughed so much I sound like Loren Bacall, so I know what you've been going through. Hope you are on your feet soon!
Monday, March 16, 2009 4:04:00 PM