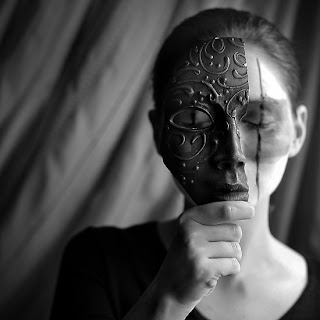 A few months ago, a nice woman started leaving comments on my blog. After a few comments, when she mentioned a fabric store that isn't terribly far from my part of Near Philadelphia, I checked her profile. She really didn't live far away at all. About a town and a half away. And there was something vaguely familiar about her.

I don't know exactly what caused me to put 2 and 2 together. But eventually, I wrote her, "I think we used to know each other." Our sons, both Andrews, were in kindergarten and first grade together. Her Andrew was in the Cub Pack part of the time that Joe was the cubmaster. I remember him as a nice kid with nice parents and a sister (who prolly was nice as well; I just didn't know her). After first grade, they moved and the boys were no longer in school together.

She's articulate, she writes decent blog posts, she's kind of funny, and makes right nice quilts. What more could one ask? Oh, and there's another thing: Her maiden name is a very unusual one, but one I'm familiar with because it runs in my husband's family and somewhere downstairs we have a great thick book about that particular branch of the family.

We decided to get together for breakfast and, friends, she did not disappoint.

I had a bit of a hidden agenda for our breakfast: Helen and I are running a White Oak quilting getaway at the end of the month and we both were thinking we had room for another person or two and it might be nice to bring some new blood into the group. I'd told Helen I was going to meet the mystery woman and she said if I thought she'd fit into our peculiar culture of a White Oak weekend (a little wine, some off-key singing, occasional dancing, and a lot of laughing combined with sewing sewing sewing and plenty of advice, solicited or otherwise), to invite her along.

Isn't this just a nifty story? Hey, you know what? You'd prolly like her too. Go meet her here.

Jo said…
Great story! Glad you are able to expand your White Oak group = Rob and Carol are both so sweet.

Our group passed on our regular Sept trip, but I am really looking forward to our February trip out to Strasburg!
Tuesday, October 06, 2009 9:02:00 PM

Unknown said…
The world is far smaller than we ever realise. This week through facebook I discovered that one of the other mums of Sarah's rugby team mates was at my senior school 300 miles away from here three years above me - strange but true!
Only through the internet would friends who've lost touch long ago get back together
Wednesday, October 07, 2009 3:02:00 AM

1. All of you White Oaks quilters sound like my type of people. Slightly off-center (a lot off center?), and adherents to the philosophy that wine helps create a perfect 1/4 inch seam.

2. You only saw the quilts I posted. You did not see pictures of my closet, my sewing room floor or my bad quilt trunk. I also know how to use Photo Shop.

3. I only wish I looked like the mystery woman on Nancy's blog. That's why I have a canine chef as my profile picture.

4. I am so excited, thrilled, flattered to be included on your retreat. The folks at the half-way house said it would be good therapy as long as I'm on my meds (just kidding).

5. I will be bringing my Frat Rock and Kingston Trio CDs, and have started brushing up on the Twist, the Bump and the Shopping Cart. I draw the line at polkas.

Mrs. Goodneedle said…
What a great story, I'm a sucker for happy endings after all!

Kimberly said…
I'm so delighted to be introduced to your blog, Nancy. And it was the Mystery Woman herself who invited me! (Thanks, Pat!)
Well, as I'm sure you all know by now (or soon will) Pat is simply THE BEST. She's the BEST blog comment-leaver, the BEST optomistic pick-you-up-when-you-need-it buddy, BEST fun, most enthusiastic quilting friend......the list goes on and on. She's the BEST student I have ever had in class (seriously!) I know you all will adore her, as I do! Honestly - a day without hearing from Pat is a day I don't get another chance to smile and/or giggle! I'm so happy for you all to have hooked up. And although there will be wine at your retreat, may I suggest my all-time favorite PA treat? Wilbur Buds!
Thursday, October 08, 2009 6:56:00 AM