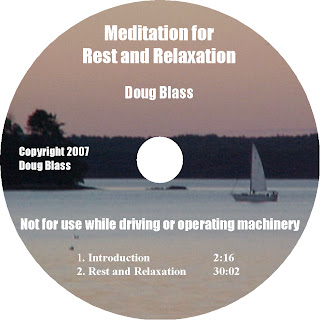 Well, it is the end of the weekend already. I had two realistically attainable goals for the weekend: (1) to do the seasonal change-over of my closet and (2) to clean the sewing room.

It was a nice weekend, following a hard week which had begun for me with The Colonoscopy on Monday, followed by our Circle meeting where we discussed and discussed and discussed. Tuesday was the day we found out about the need to format all of the documents for the self-study and I was scrambling to catch up from having been out on Monday. Wednesday was day one of the formatting, followed by a late three-hour meeting and Thursday was return to the formatting. Friday is a bit of a blur.

Superimposed on all of this has been an annoying cough. Not a World Class Cough, the kind that sends colleagues fleeing and keeps one up at night and hurts one's ribs and often causes one to break out in bad language. Just an annoying, slightly productive cough. It comes each autumn and my theory is that it is some kind of an allergy that comes on when the leaves begin to turn and settles in and irritates my lungs so that when the inevitable head-and-chest cold arrives, the stage is set for unavoidable bronchitis. Year after year that is the pattern. I've made an appointment with the primary care doctor for tomorrow so we can discuss my theory and see What Might Be Done.

So anyway, here's how I did with changing the closet and cleaning the sewing room: I met a fellow blogger for breakfast on Saturday, I went to the LQS for thread, I sewed on the brown and aqua quilt which has now been named Earth and All Stars. I did a couple of loads of laundry. I hand-quilted in front of Netflix with Himself.

That was Saturday. Tom had driven up from Virginia to attend a wedding and said we should leave the front door open as he wanted to spend the night. I didn't sleep well, waiting for him to come in, and once he did, I still was fitful. The dratted alarm went off at six o'clock because church has adopted a new schedule where the early service begins at eight o'clock. After church we picked up Tom and drove up to Sherry's for a yummy brunch, and after Tom left to return to Richmond, we settled in for a nap. Joe got up and I didn't. For a long, long time. It turned into one of those hibernation type of naps that leave one feeling a big bluggy and on the verge of a headache when one finally does crawl out.

A little more sewing post nap while the first spaghetti sauce of the season simmered, and now here I am thinking about my two goals.

And thinking that there are those who would point out to me the importance of rest, of relaxation, of rejuvenation. Things that I seldom think about until my body demands them.

So the closet is unchanged and I'll put on a cardigan tomorrow and perhaps face the closet tomorrow night. And the dirty sewing room is a little dirtier, and I'll get to it eventually.

Tomorrow begins a new week. And I'll start it refreshed.

quiltmom anna said…
You made a good choice for you- rest and rejuvenation will stand you in good stead the rest of the week- the closet will get turned over soon enough.
Today was cool here in Alberta- reminding us that Fall had indeed arrived. I am still going to finish making a bracelet before bed tonight but I have had a pretty quiet weekend. Listening to my inner voices too..
Hope the week is less hectic and that the cough goes away..
Warmest regards,
Anna
Sunday, October 04, 2009 9:46:00 PM

Mrs. Goodneedle said…
I won't comment about the way tasks should have been tackled as opposed to what actually transpired, believe me; I'd be the last one to do that! I love,, love, love the name: Earth and All Stars for the br & aqua quilt, that's fabulous! 731 in the ELW? I cannot remember. Take care of you, my friend, the cough could be the forebearer of something worse, you never know.
Sunday, October 04, 2009 10:32:00 PM

Guenveur in Kent said…
So I had a couple of goals today and instead, here I am at the computer. Just finished a blog - because my goals were to mop the kitchen and bathroom floors and this is more fun. Glad you got some rest and I also think the cough is from the leaves and whatever they're throwing into the atmosphere. Gee, wasn't it that environmental genius Reagan who said that trees cause pollution?
Monday, October 05, 2009 2:58:00 PM

Susan said…
Now I'll have the lyrics for "Earth and All Stars" in my head all week! What a great name for your quilt!