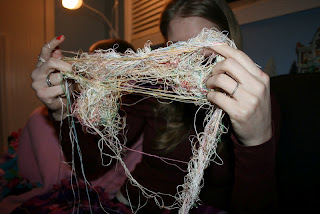 I've not posted as frequently as usual lately because I've been deep in thought. Reflecting. Sorting out. Pondering. Pensive.

There are threads of thought that may all be connected. Or maybe not.

One of the threads has to do with polarization -- this is connected with Facebook and the frequency and vehemence with which political positions are shared. It almost seems at times as though our political views are becoming the sum total of who we are.

Another has to do with tolerance; I have good friends whose political and religious viewpoints are far afield from mine. We have no interest in damaging relationships by trying to persuade. So we just don't talk about those things. Somehow it is different and more difficult when someone is repeatedly posting harsh criticism of one candidate or the other, when where a chicken sandwich was purchased has somehow become the issue of the current campaign. As mentioned previously, I'm seriously thinking of withdrawing from Facebook until mid-November.

A third thread has to do with mortality. Six weeks ago I was troubled by serious illness all around: a neighbor was waiting on a bone scan to learn about possible spread of cancer; another neighbor was waiting for a donor match for a marrow transplant; a dear friend was in hospital waiting for an infection to clear so that he could undergo extensive open heart surgery. I went into a baking frenzy, wanting to do something, anything, to ease their burdens. The scan came back clean, the donor was found, and the surgery was successful. All three are on the road back to health.

There's another thread that is more difficult to write about. Two different long-standing friendships have been broken for more than a year. Though these women -- and the situations are not connected; they don't really even know each other -- are no longer part of my life socially, they have not been totally out of my thoughts. In these recent weeks, both broken relationships have been very much on my mind. Though the situations were complicated and considerable hurt was involved on all sides, they are both good people, and most recently I've thought about whether and how I might initiate an attempt at communication. Yesterday, out of the blue, a warm feeler came from one of these women and I was happy to be able to respond in kind. Today I shall reach out to the other.

Perhaps all of these threads are connected. They seem to be about what is important in life, and what is not.

pcflamingo said…
Tolerance, healing, reconciliation - all related threads. Or they all should be. Our life is better when we practice them or allow them into our life.
Wednesday, August 08, 2012 9:48:00 AM

Three Birds Inspired said…
I have been thinking much along the same lines regarding politics and civility. Strange how that works, no? Coming from a family with divergent political affiliations, we have learned to simply not discuss politics unless we are talking within our political leanings. Unfortunately, this also has become the norm in our family when it comes to religion as well. Some days I just channel Rodney King.
Wednesday, August 08, 2012 10:08:00 AM

Michelle said…
I think a lot about posting political messages, and I post a lot of them, I think. It is hard to differentiate between standing up for what you believe in and just shouting for no purpose. For me, it really does matter. I am ever aware of how incredibly and randomly lucky I am. For instance, we just came home from a lovely vacation when I saw a man standing with a sign that said he would work for food. I couldn't get past the feelings of guilt, luck and how so many people who make far reaching decisions have no life experience with poverty and hardship.
I see so many messages of hate. It concerns and scares me. I'm not sure I can stay quiet.
On another note, I hope you mend your friendships. They are so important in this world. I count myself lucky to call you my friend.
Wednesday, August 08, 2012 10:09:00 AM

Quiltdivajulie said…
Beautifully written, Nancy - hugs and prayers to you!

And I wish more folks would think about Michelle's phrase --

"differentiate between standing up for what you believe in and just shouting for no purpose."
Wednesday, August 08, 2012 10:49:00 AM

quiltmom anna said…
Glad to hear that your friend's health challenges have ended positively. It is always hard to watch the people we care about have health struggles.
One of the things I love about your posts Nancy is that you are honest about what you believe but are tolerant of the diverse ways that people think. Politics and faith are always touchstones for people. Most often people's fundamental beliefs are not going to change but as long as one agrees to disagree then it is possible to have good relationships with other viewpoints. I am confident you will find the way to untangle your threads. Take care. Warmest regards,
Anna
Wednesday, August 08, 2012 1:01:00 PM