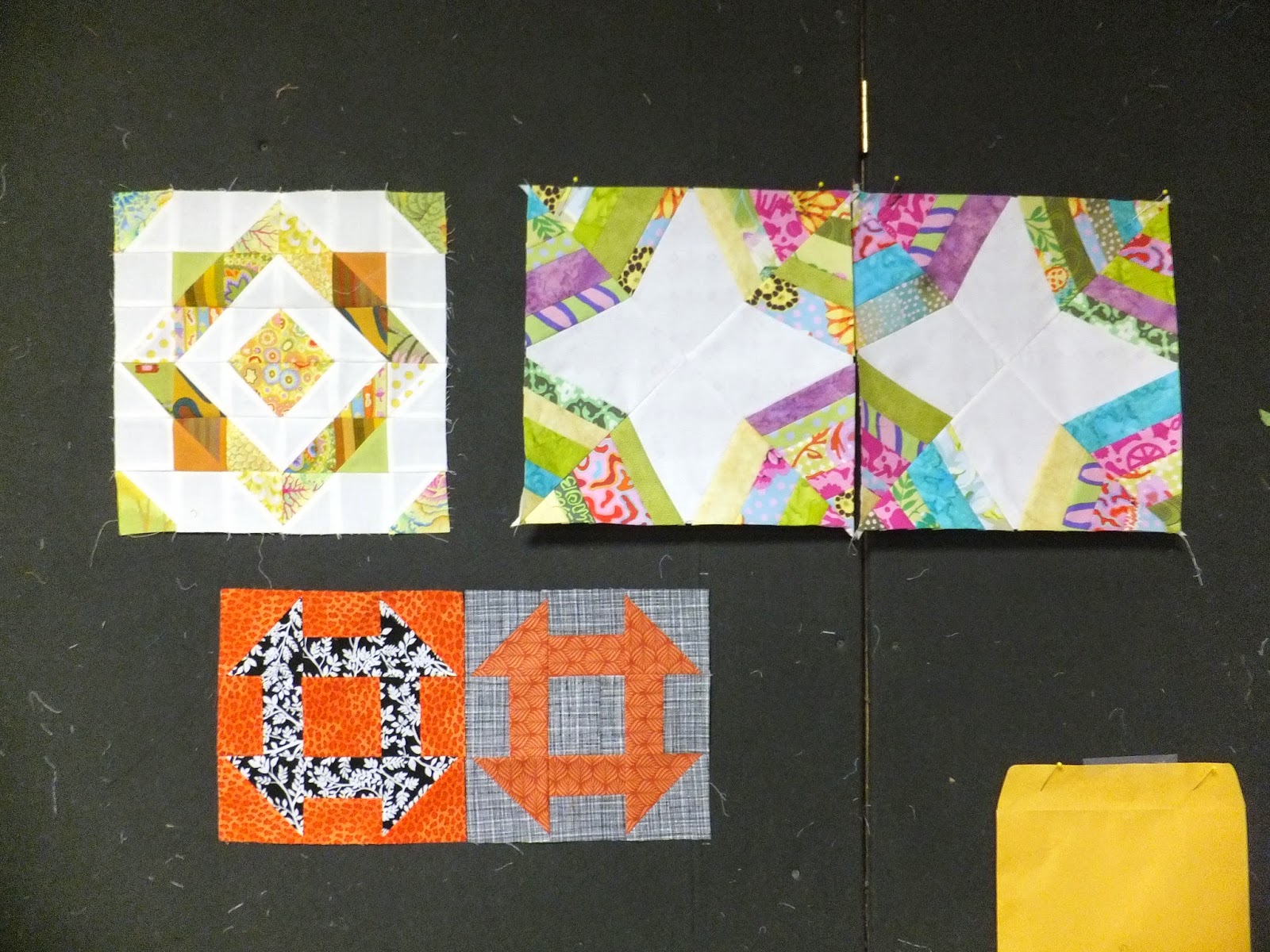 So, here's what's on my wall at present. Five blocks. And a plain brown envelope.

The first block is one I made because I felt some yellow coming on. I cut a bunch of HSTs, made the first block, and then the yellow fever cooled. I don't know if I'll make more. Or not.

The two spiderweb blocks are bee blocks for Pat for December. Pat's been through a rough couple of days, garbagedisposalwise (and perhaps the less said the better here, because we've all been there at one time or another, haven't we?) so I thought these might brighten her mood. If you look at them up close, you'll see that the white shapes are actually regular but the light color of some of the strings makes them look gimpy. Or something.

Then there are two blocks that dear Cathy L made for me and sent in the mail because she couldn't be at the guild meeting. I like them an awful lot and know they are eager to meet up with their mates.

Then there's the plain brown envelope. Which I should have taken down before taking the picture.

Janet O. said…
Apparently yellow fever doesn't last long.
Having never had a garbage disposal, I can only imagine how bad things can get. Very pretty spiderweb blocks to dim the memories, whatever they may be. : )

Karla said…
I am taking a guess, but I am suspecting no one is going to comment on the quality of the construction of the plain brown envelope. Well, now. it is perfectly understated and wonderful for mailing out a nice little something for a nice little (well, maybe a stretch) someone. :-)

Is THAT how you make Spider's Web blocks or is this a variation that makes the webs where the blocks meet each other? Obviously, I haven't made this block.

Hope that all is now well in Pat's kitchen.

I'm boiling sweet potatoes and am about to attempt making a tea cozy.