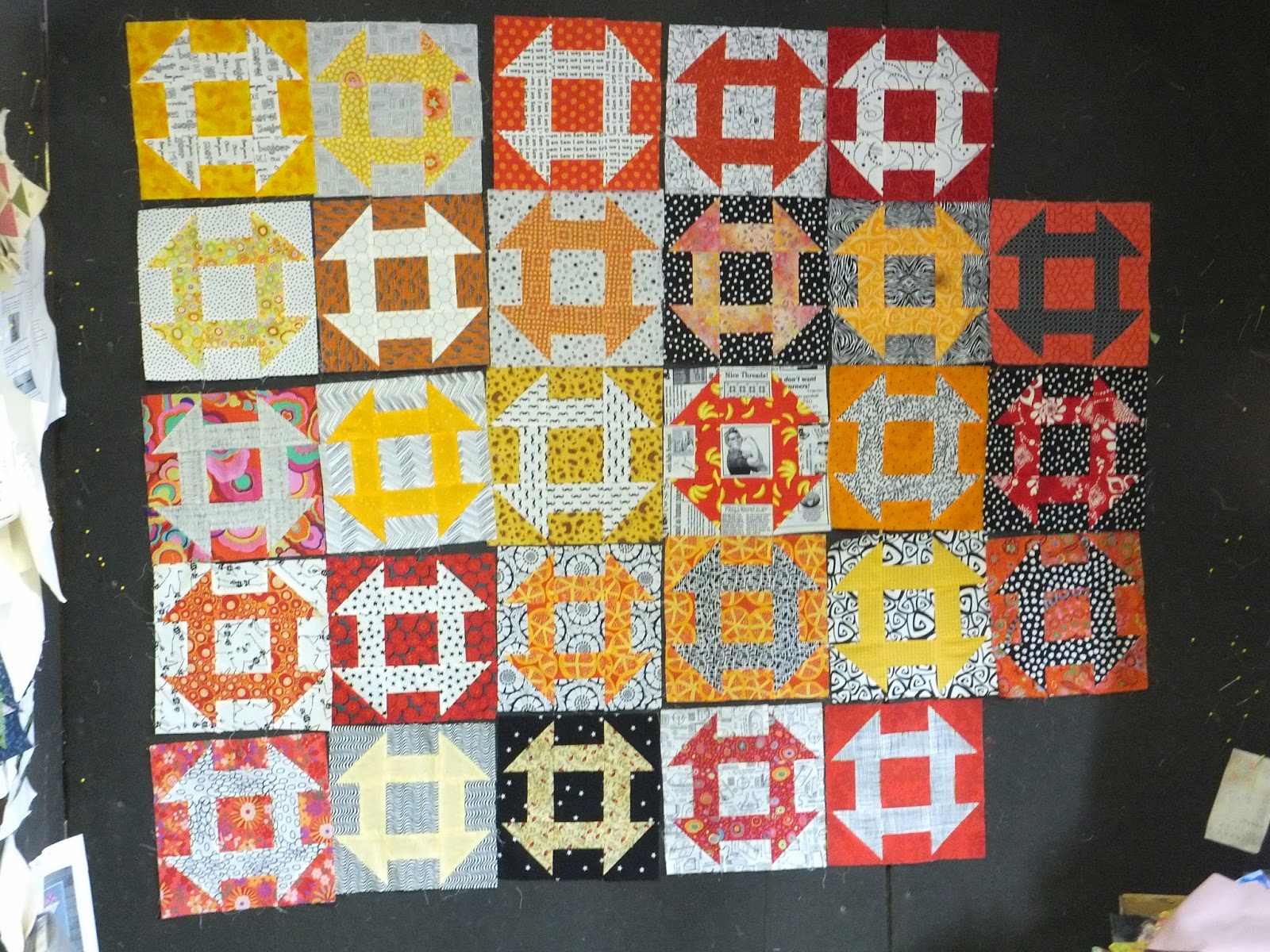 The guild has formed two bee groups this year. There are twelve participants in each group. Each month someone is queen bee and she gets to request her bee-mates to make a particular block for her. Actually, we make two blocks for the queen. I think it is going to be fun because it will stretch me to use fabrics and techniques I wouldn't normally choose. Elizabeth was up for October and then she moved away and is participating by mail.

So November was my month and what I asked for was churn dash; the focus would be red, yellow, or orange and the background would be black on white. The second block would have the reverse specifications.

Just look at the wonderful blocks I received! And no sooner had I taken the picture and pulled the blocks down than the postman came, delivering a small package from Elizabeth with her two blocks.

One or two other participants were absent at November's meeting; I imagine they will bring their blocks in December.

Such a bright and happy quilt this will be!

Barbara Anne said…
Score!!! Love your block choice and the happy colors you selected! I do love block swaps because the fabrics others choose for you are such a delightful surprise.

I look forward to seeing how this quilt comes together and grows.