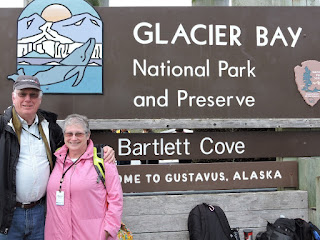 On our first full day after boarding the ship, we sailed around Icy Straits. Some participants chose to go kayaking and some went ashore for a hike.

The next day we sailed to Bartlett Cove, where we spent most of the day visiting Glacier Bay National Park.

The first and longest part of the day we were aboard a boat operated by the park service; it was able to get very close to two immense glaciers.

In addition to our own naturalist guides, we benefitted by two park rangers and a Tlingit woman who provided education about glaciers, animals that we saw, and Tlingit culture.

We brought along box lunches prepared by our own ship's kitchen. 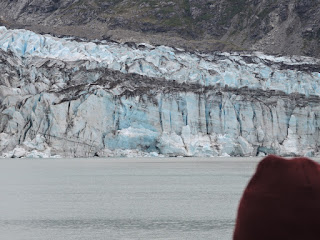 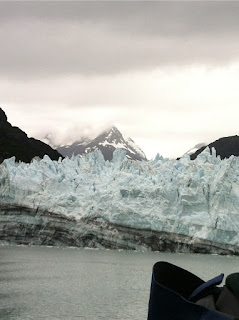 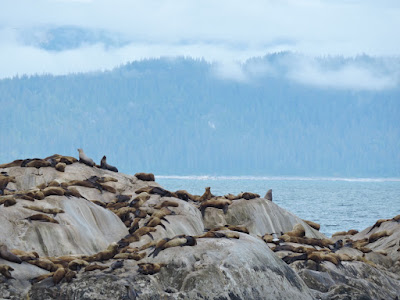 We were fascinated by the abundance of wildlife that we saw in their natural habitat.

Several of our group were avid birders and they were tremendously excited to add new birds to their lists.

I liked this island with sea lions just heaped all over it. There were several islands like this. 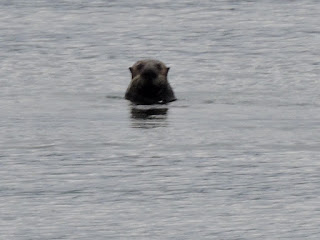 After the boat trip, we had the opportunity to spent time at the Visitor's Center of Glacier Bay National Park. Of course I wanted to see the orientation film and of course it did not disappoint. We did a little shopping their bookstore, and soon it was time to return to Admiralty Dream -- it was almost Cookie Time! 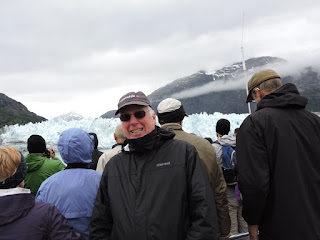 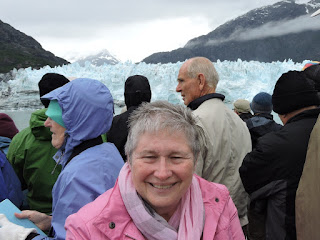 Barbara Anne said…
Love the pictures, your narrative, and the idea of "cookie time"!

How can anyone think drilling in any pristine area is reasonable?

Quiltingbebbs said…
I just adore that pale blue/green/aqua colour of the glacier - scrunptious
Tuesday, July 28, 2015 8:36:00 AM