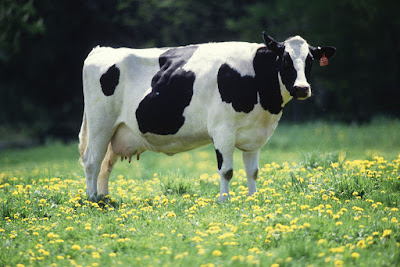 It has been a good while since I've written a COW* post. I like to think I've become more mellow in my old age.

First, though, there's the background story.

Before I crossed paths with the school where I now work, I knew next to nothing about autism. Seriously. My only point of reference was a child named Tommy who was the son of one of the doctors on the long-defunct TV show, "St. Elsewhere." Tommy was immaculate and icy, staring into space a lot, living in his own world, and non conversant. And not very interesting. That's it.

Long-time followers may recall that back in the winter/spring of 2013, I was involuntarily downsized from the job I'd held for more than thirteen years. I was fortunate to find a position in a church office not far from home. Interestingly, during the week the church rented out their Sunday School wing to a very small private school for autistic children. Initially, I felt very uncomfortable around these students. Their difference was off-putting. Some were loud, some were erratic, some had serious behavior issues. Teachers for one particular girl wore arm guards at all times because she was prone to biting. The bigger, nonverbal boys, frankly, scared me. But the teachers made up for my apprehension. I came to admire them so. Their patience, their kindness, their consistency all were dazzling.

And so it happened that when the school outgrew the Sunday School and moved to larger space, I was able to accompany them. It has been six years now, and I love this job. The progress that the children have made -- all through the patience/kindness/consistency of those same teachers -- is astonishing. Students that once were a complete bundle of "NO" now engage in mini-conversations, deliver mail, organize supplies. They are growing every day. And they are interesting.

Today we had a visit from a prospective family. Angelo is fourteen years old and lives in a district that has never referred a student to us. While our director met with his parents, a behavior analyst observed the boy in a classroom setting. After the family left, our normally mild-mannered and easy-going director came as close to exploding as I've ever seen. This boy is currently in the eighth grade and is mainstreamed into classes like math and social studies. Despite having a one-on-one, he is dismally behind in the most basic contexts. The district has not done right by this child. He doesn't need to be taught about the three branches of government; he needs to learn basic personal hygiene. Angelo has no use for the least common denominator; he should be learning how to make himself a sandwich. The district seems to have just moved him along, year-after-year, grade-after-grade, without a care for what was being accomplished. It really looks as though they just don't care.

I don't know whether Angelo is going to come join our school. There are many factors that come into play, and it will take time. But I'm mooing and angry at the injustice to this boy. I've seen, first hand, how much a difference the right setting can make.

Lori said…
I'm mooing and angry too about this! There is a big flaw here for sure. Hopefully this district is not common.

stitchinpenny said…
It is so hard to understand autism because it is so very different in every case. I know autistic children who have had good therapies from birth that just seem shy and socially awkward. I also knew an autistic child who was non verbal and felt out of place every where except his room. I don't know Angelo's story but hopefully even though late the therapies you guys offer can make his life much better. People aren't equipped to understand autism please forgive them.
Wednesday, December 11, 2019 10:39:00 PM

Carol- Beads and Birds said…
Autism is almost a taboo subject at my house right now. My great grandson is 11 months old and his parents have no plan to vaccinate him. I am trying to remain neutral, though I lean toward yes, while my grandson's reasoning seems reasonable. Years ago you never heard of autism so why have there been so many cases reported now? There is one thing that I am certain of, most public schools are not equipped to educate those with autism properly.
Thursday, December 12, 2019 6:39:00 AM

Quiltdivajulie said…
As you already know, our younger son lives on the autism spectrum. No one, from his pediatricians to the public school staff, ever commented on it (he is nearly 40 now) and he was actually in college before WE (he and I) put two and two together after hearing about the HBO special with Temple Grandin. OH how her work unlocked long-term mysteries in his behavior and attitudes. In his case, the autism was hidden behind the more obvious bipolar behaviors. You are so right about special needs teachers - they are angels on earth. And they need people like you to help them run their schools - blessings to all of you! To Carol (previous commenter) - the reason you hear so much about it now is that it has reached a level of understanding in the medical community so that practitioners RECOGNIZE the symptoms and behaviors, unlike 40 years ago when it was unheard of and no one knew anything except the story of the pro football player with a profoundly autistic son who sat and rocked. Research and knowledge have come so far since then!
Thursday, December 12, 2019 8:46:00 AM

Barbara Anne said…
That neglect to this young man's needs and the very different needs of other students is unacceptable and shameful. You are so right about what these kids actually need to learn, as in first things first. The school and school board needs to be read the riot act.