Thinking of Earl, Once Again 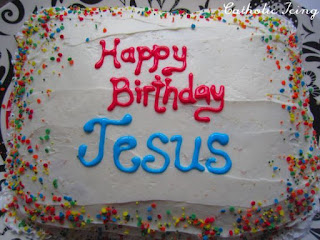 It's that time of year again. Without fail, the memory returns.

The month was December. The year was 1993. I was in my second year of seminary and the course was Christian Education 101. The professor was a brilliant woman whose sense of humor was well-hidden from her hapless students. The assignment: To prepare a single Sunday School lesson, on any topic, for any age group. Relatively easy for a final assignment. I'd gotten my lesson out of the way early in the semester, developing an adult class on angels. It was the very end of the semester, the very last sectional for CE101, and it was Earl's turn to teach.

I can still picture the scene. We were in the basement of the seminary chapel, in a darkish room adjacent to the kitchen. Earl was up and we were eager to have our lesson and proceed to winter break. He began by explaining that his lesson was for a kindergarten group. He showed us a cake mix and an egg or two and explained that for the first part of the class, the kids would make a cake! While it was in the oven, they would gather and Earl would tell them the story from Luke. They would color a picture while they waited for the cake to be done. He spoke with such enthusiasm and detail that we could almost smell that cake baking.

And then a timer rang! We followed Earl into the little kitchen and lo! and behold! there was a cake on the counter! And icing! And sprinkles! And candles! Not hesitating for a minute, like the good kindergarteners we were substituting for, we got to work, applying the icing, lettering the inscription, sprinkling the sprinkles, inserting the candles! Oh, the very best possible end to a long and difficult semester!

And then we noticed the quiet from the professor. And our enthusiasm was curbed. Something was amiss.

She began by reminding Earl that the assignment required that a children's lesson be outlined and explained and described. It was not to be participatory. Earl's smile faded. So did the rest of ours. And then she went on to explain why -- theologically (for she was first a theologian and second a CE professor) -- it was completely inappropriate to have a birthday party for Jesus. Earl's face by now was devoid of expression. And the silence had spread to the rest of us. Talk about a party pooper.

I didn't go on to seek ordination. So it's fine that I've no idea what the theological underpinnings for a ban on birthday celebrations for Jesus might be. Prolly Craig remembers, or Patrick, or Vetch or Ingrid or Kurt D. Abrahamson. But not me.  I just remember that day, that cake, and the beaming face turned crestfallen, and I think of Earl and hope he's gotten over it.

Karla said…
I love Earl’s lesson. I believe every single one of those kindergarteners would become evangelists, by telling the story of the Sunday School party they had. Shame that lesson probably will not be heard by the little ones. Thanks to you Earl’s lesson is retold. Jesus birth is a celebration!
Tuesday, December 17, 2019 6:19:00 PM

Robby said…
I think Earl had a good idea, celebrate the arrival of Jesus in a way Kindergarteners could relat. But, I'm not a theologian either.
Tuesday, December 17, 2019 9:04:00 PM

Quiltdivajulie said…
Wow - what a downer that must have been for Earl. It was a fabulous lesson - one that most adults could/would relate to as well as children. What a fresh approach - I, too, hope he recovered from her response.
Wednesday, December 18, 2019 9:43:00 AM