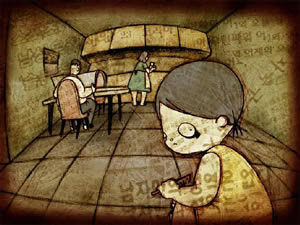 Children who are abused can recover. Therapy, other loving and supportive adults, relationships with understanding friends and family, a consciousness that what happened to them was wrong – all of these are factors that may contribute to the child’s growing up to an adulthood that is about as healthy as anyone else’s. Everyone has issues. Most people come to terms with them and function just fine; the issues lurk deep inside and are unidentifiable by the rest of the world, most of the time.
. . . .
Some abused children, though, don’t recover very much. Some grow up to partner with abusers. Some have children of their own whom they abuse – sometimes because they have no other model, sometimes because they feel entitled.
. . . .
I am one of the fortunate ones. An understanding, supportive and outraged sister, a wonderful close friend, and a therapist or two somewhere along the way, nurtured me and helped me to see that what happened to me wasn’t normal and wasn’t right. I married a gentle, rational, loving man, and I like to believe that I wasn’t any worse of a mother than most. Yes, I’m an adult from an abused childhood, but this is not my sole identity; rather, it is just a piece – and I hope just a tiny piece – of who I am.
. . . .
There remains for the recovered adult of child abuse a vulnerable spot that can be hooked by circumstances or individuals reminiscent of the original abuser.
. . . .
It has been nearly ten years now since I was abused by the henchmen of a woman of the church who had acquired too much power. I was a seminary graduate, working on a second master’s degree, and was seeking to enter the diaconate, to serve the church as a hospital chaplain. That day of cold, insensitive rejection was the worst day of my life and I dealt with the fall-out of post traumatic stress for a very long time afterwards. In many ways, I am able to identify with our Roman Catholic brothers who suffered a different kind of abuse at the hands of the church.
. . . .
There is a new administration in my denomination now. And certain changes in my home congregation have led me in recent months to cautiously visit the idea of trying again.
. . . .
Recently I had dinner with a person connected with that new administration. I spoke of what had happened to me. My listener did a good job. She said how sorry she was that this had happened to me. She spoke of the downfall of the abuser who is not only no longer in a position of any power at all, but actually put out to pasture. She talked about how wrong it had been that this woman had been allowed to do what she did to me and to others. This was all good.
. . . .
She then asked why I did not fight back. She does not know of the child abuse history, and I couldn’t tell her at that moment. She suggested a weakness – a weakness that is perhaps fatal to diaconal candidacy – evidenced in my failure to fight back. She doesn’t know, I think, that many people with my history are not capable of fighting those who abuse them. Which, I think, is an entirely separate issue from being able to fight those who abuse others – this I can do and have done.
. . . .
If I were to re-enter the candidacy process, she assured me that I would be questioned as to why I didn’t fight back. It made me wonder why so much emphasis would be placed on this issue, this very small piece of who I am. Like most other people, I will never be whole but I am comfortable with the progress I have made, and with the many other pieces of who I am. I have come to a point where the old wounds have been opened and explored and reopened enough times that I can live with what little bit remains untreated. If every eight or ten years the abused child within me is briefly hooked by an abusive woman, so be it. If the church does not accept this, so be that as well.
. . . .
It is ironic that my mother frequently quoted a tombstone epitaph that struck her fancy: “She has done all she could.”
. . . .
In dealing with having been abused as a child and the vestiges of that which remain, I have, in fact and by choice, done all I could.
Email Post
Labels: History

Leslie said…
I understand your desire to not have to face that enemy spector again. Your post has touched on issues in my own life, past and present and explained to me (again) why I can't gain any ground with my supervisor who is adroit at manipulating situations and me as a result... often with painful results.
Those that care about me tell me to speak up, fight back... but when I do - and I have... it just makes the situations worse. I am getting *stronger* but it's soooo tiring and my inner child is crying to be moved to a healthy environment. I think I understand a lot of what you're saying. ((hugs))
Thursday, April 05, 2007 12:40:00 PM

Mrs. Goodneedle said…
You are the person you are today because of all that you've been through. And you're right, it is just a piece... no one has the right to magnify that piece, either. You are one of the kindest, loving, most sensitive friends... always giving; let's magnify those pieces! There will always be bullies, of varying degrees, trying to rob us of our power by asserting their own. Personally, I don't know that fighting back is what it takes so much as just standing firm. Holding fast. I can't speak to any type of background issues similar to what you've endured but I've been trod upon and victimized by power-mongers. I can take only so much and I don't fight back but rather refuse to let my power, my voice, be taken away by them. HUGS to you, Nancy! Thanks for all the personal support you have given to me (someone you don't even know who looks like a little furry dachshund)! That's God's love, given freely, from one huge and caring heart... that's the only piece I see.
Thursday, April 05, 2007 2:31:00 PM

Tanya said…
So much to think about. But look where the Lord has brought you now and how you are sharing your knowlege and experiences with others and probably helping them in ways you will never know.
Thursday, April 05, 2007 6:38:00 PM

Ancestor Collector said…
I can offer no further insight than what has already been added here, except to say that perhaps you don't need to "fight back" now but instead "fight for" your dream.

Thank you for sharing such a personal part of yourself with us. On this very early Good Friday morning, before the sun has risen, you have given me things to remember and ponder for this day. Jesus did not fight back against his abusers, but he fought for all of us.

Anonymous said…
An author has said "there are some men too gentle to run with wolves" You are a good and gentle person due in part to successfully surviving your past. God often uses the broken sword for his battles. we need gentleness in ministry. Share your story, it makes you approachable.
Friday, April 06, 2007 5:44:00 PM

There are situations in my own church community where there are women like the one you describe, and while it is not in my nature to "fight back" against them, there are other ways around what they say & do that provide a more Christian resolution while providing them with a "gentle" nudge of instruction as to the true meaning of being a follower of Christ.