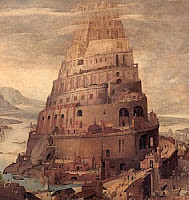 When we were on Star Flyer -- a little over a month ago, already -- one of the interesting things we noted was that as Americans, we were a minority group. Of the 170 passengers, perhaps a dozen of us were from the United States. Joe and I spent most of our time with Brits and Aussies.


I would guess that there were thirty or forty nationalities represented among the passengers, and surely the same was true of the crew.


All shipboard announcements were made in English, German, and French, usually in that order. As we would stand on deck, as we would sit in the dining room, behind us we could hear all manner of languages, conversations we could not begin to understand. Here are my little epiphanies from that experience:


First, my paranoia evaporated. You know the paranoia I mean. When I go to get my nails done, the women who work in the salon are all from Vietnam, and while they are filing, trimming, buffing, polishing they speak to each other in Vietnamese. Those of us on the other side of the tables make uneasy eye contact, each of us knowing deep in her heart that the manicurists are saying things like, "Look at the hairdo on my customer!" "I can't believe she has gained so much weight!" "She really shouldn't wear that color!" Aboard Star Flyer, hearing these different languages form a backdrop to our daily activities was a pleasant experience. I knew that everyone couldn't be commenting on my turquoise Crocs. Could they?


Additionally, the burden of curiosity was lifted. When Joe and I dine in a restaurant where the tables are a tad too close, our own conversation is often interrupted by the distraction of the too-audible conversation from the next table. Phrases such as "He's now lost all the feeling in his arm!" and "And then I bought thirty pounds of eggplant" cry out for the hearer's full attention. When the conversation is in a gentle Dutch, Latvian, Swedish, or Whatever, the need to eavesdrop evaporates.


And finally, since nearly every traveler has performed the courtesy of learning English, we learned to be mindful of our own observations!
Email Post
Labels: Thinking