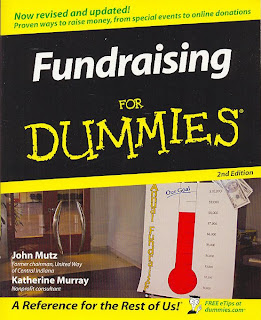 Well, a little while ago, because I didn't care for any of the tasks I was supposed to be doing, I clicked a couple of my Followers for my blog. It was nice to visit the blogs of the people who are following mine. Most of them were familiar; some were ones I really didn't know before. So it was fun.

And then I clicked on an unfamiliar follower. The little picture-gizmo said "Help" and I thought that was an odd name for a blog. So I went there and boy was I surprised! It was somebody asking for money! Just asking for hand-outs! In about 27 different languages, no less!

So I found out how to block a Follower and -- there, take that! -- blocked this person.

Nancy said…
I've had to block some people, too, and monitor the comments left on my blog.

One night, an individual "hacked" my blog and created hundreds of comments that contained an advertisement. It took me hours to clean up the mess, but I knew that I could not leave them there for the unsuspecting reader.
Thursday, September 03, 2009 4:19:00 PM

Barb said…
Yep, been there and it is just so annoying! IMHO also rude of them to try that sneaky approach! Smart girl you are getting the book to show you how to block them, I find *blogger* does not give very good instructions on blocking unwanted followers! I spent way too long trying to work my way thru it, but it did eventually work! Have a great *long weekend*!!
Thursday, September 03, 2009 7:30:00 PM