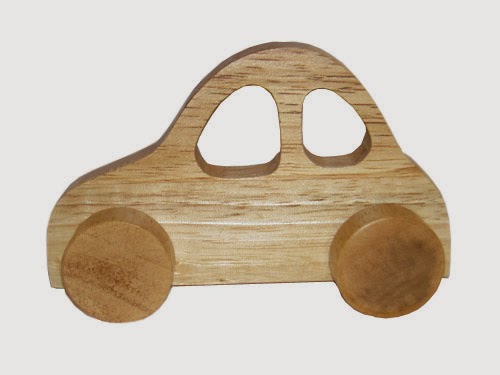 I'd been thinking it was time to replace my beloved car since it is eleven years old and beginning to show its age. I wanted a preowned vehicle, so I looked at the website for the dealer I wanted to patronize and found what looked like the right car for me listed for $23,995. I did my homework, worked out the Blue Book value for that car and for my present car and had settled on what I was willing to pay for the new one.

I drove 40 minutes to the dealership and went into the show room. A salesman welcomed me and when I told him I had come to see that particular car, he told me, "Oh, that has been sold." I pointed out that I had seen it on the website this morning. He was evasive and said he had another vehicle that might interest me. He spent some time looking around for the key and we headed out to the lot where he showed me a very cute, very spiffy vehicle in gorgeous condition listed at $31,000. When he wanted me to get inside, I told him that I wasn't going to get into a car that was that expensive. He said he could do better on the price and I said I doubted he could get down to $7000 as an opening bicker point. And that was that. He didn't offer to show me anything in the $24,000 price range but pressed me for my phone number and email, which I declined. He said, "I'd be MORE than happy to contact you if another car like that comes in." I said, "I'm sure you would, but no." He then went on to say that I was angry with the dealership. I told him that I wasn't angry, but I was certainly disappointed and felt misled -- I'd taken 1-1/2 hours out of my day to go look at a car that had been advertised but wasn't for sale, and when I'd left home, I thought I'd be driving a new-to-me car home. I had the clear, unpleasant feeling, that someone who wasn't interested in a $31,000 vehicle wasn't worth his time or he would have offered to show me something in my price range.

Another car will come along, I'm sure, and there is no urgency. And I have his card, so I'll be certain to see a different salesman if I go back there.

But here's the really strange thing: I went to a meeting tonight. When I came back to the car after the meeting, someone had hit it knocking the fender loose, part of the undercarriage hanging down, and one of the lights bulging out and hanging by a thread. No note, of course.

I'm aggravated that I'm going to have to call the insurance company, utilize our collision insurance, make arrangements with the repair shop, and leave it for a couple of days. A hassle.

LizA. said…
sounds like the used car Gods were looking out for you.....just out of curiosity, I would have called the dealership when I got home and asked about the car you were interested in just to see if you got the same story.....I despise all car salesmen, new or used.
Thursday, January 09, 2014 12:37:00 AM

Mrs. Goodneedle said…
What a terrible turn of events. Kyle sold cars for awhile, the hours were awful and (this is the part that makes my heart proud) he was just too honest to be good at it. If people came in to buy a car they couldn't afford he just couldn't (and wouldn't)make that sale to them. You can imagine how popular he was with his boss! I am so sorry about the damage to your car, likely the driver had no insurance or worse. Bummer.
Thursday, January 09, 2014 8:01:00 AM

howdidIgethere said…
Check the dealer's website this morning to see if the car is still listed. I'll bet it is! Classic "bait and switch". Had same problem when I bought my car, lo those many years ago. Disliked dealer immensely, even though I love my Violet. Not looking forward to having to do the whole car-shopping thing again in the next little while.
Thursday, January 09, 2014 9:14:00 AM

Three Birds Inspired said…
With all the issues I had in attempting to repair my "beast", I have to say that I thought the dealership treated me really well when it came time to buy the "new to me" car. I got the price I wanted and they threw in a bumper to bumper warranty for 100,000 miles. I am sure this had a lot to do with the fact that the service department treated me so poorly but at least the dealership attempted to make it up to me. Good luck in the hunt!
Thursday, January 09, 2014 9:16:00 AM

Quiltdivajulie said…
Sorry for all the hassle, but happy it was not a "new" car that was the victim of that 'hit and run' incident - or YOU!

Unknown said…
Clouds and silver linings eh Nancy and obviously there's another nicer car waiting in the wings at just the right price for you
Thursday, January 09, 2014 1:24:00 PM

Barbara Anne said…
Well, bother and bummer! Yes, ye ole bait and switch might have happened or someone had failed to mark the on-line photo as "sold" or ...? I think I'd have asked to speak to the manager as I have little patience with tomfoolery in business.

Shame on the person who damaged your car without leaving a note with all correct contact information.

Hope you find the best car for you soon and that nothing gets between you and it.