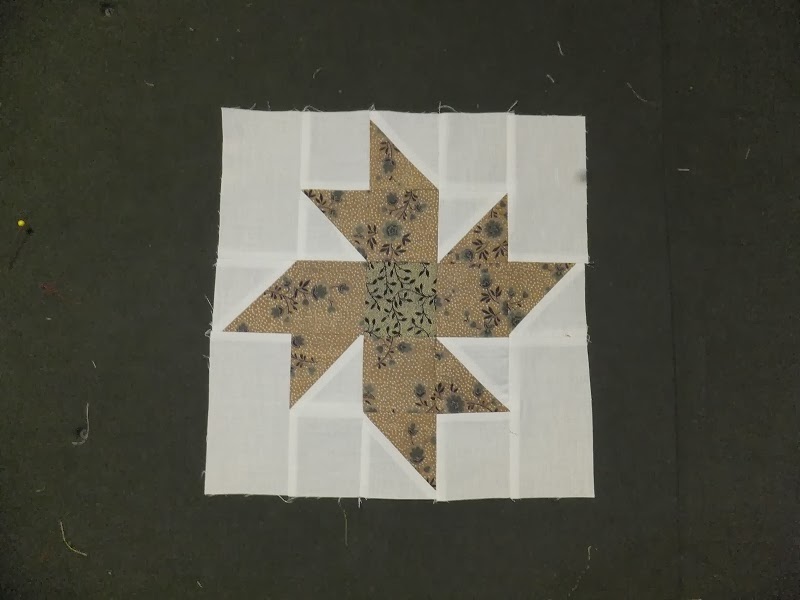 I haven't made a Resolution and I haven't taken a Solemn Vow, but I've decided it is time to finish up some of the vast myriad of odds and ends that are here and there down in my studio. My thought is that it would be a good idea not to buy any fabric until the retreat at the end of April, but instead to work with what I have and if I should somehow manage to finish everything that is in progress or in plan, then I'll work from Scraps. Then, when retreat comes, I'll have enhanced joy in buying new fabric after so long.

So far, so good. I dug out those platypuses and finished that top. I went into my great big basket of Bill and pieced all of the blocks for a queen quilt (assembly of which will be my first retreat project). Then I hesitantly opened a pack of fat quarters that I've had since 2000 when we first went to Hyannis and Bonnie told me to be sure to check out a "really great quilt shop" there. Heartbeat Quilts (which has since closed its brick and mortar store but I believe will continue on lie) turned out to be as great as Bonnie'd said and while I was there I bought a few things including one of my first packs of fat quarters. The fabrics come from at least three different lines/ manufacturers; it is impossible to tell precisely because of the lack of selvedges. All these years; I still don't know why I couldn't bring myself to break into them earlier!

But, once again, I saw a picture on the internet and liked it and figured out how to make the block. I don't know what the block's name is; I don't even care. I just like it. And it's a good thing, because there are ultimately going to be at least a dozen of 'em.

Don't you just love that feeling that comes when you finish the first block of a new project?

OT Quilter said…
Lovely block! I made a similar decision: I'm going to try and finish at least one UFO a month this year. So far, so good, but of course, the year is only 17 days old. I shopped at Heartbeat Quilts many years ago, too and remember that it was a lovely shop.
Friday, January 17, 2014 6:48:00 PM

Gretchen said…
Great block and great attitude for the new year! I found many many an old project that needs finishing up while packing and I'm itching to get some done this year.
Friday, January 17, 2014 10:11:00 PM

Millie said…
I tell my students not to buy fabric they are in love with because they won't cut into it. I tell them "It's only fabric, it isn't gold. It isn't doing you any good in your stash."
But we all do it. I've also made a commitment to use the fabric I have this year.
Friday, January 17, 2014 11:10:00 PM

Janet O. said…
What a unique block--don't know that I've ever seen it before. Lovely!
Great plan to avoid fabric purchases until retreat. Won't that be fun to enhance the stash after such restraint!
Saturday, January 18, 2014 12:56:00 AM

Barbara Anne said…
What a delightful feeling it is to begin a new project, playing with fabrics you've had, but have just found the perfect use for them!!! Enjoy!!

Love the block, too!

As you may know, I have taken a similar not-quite-vow to finish more UFOs and to use my healthy stash rather than buying new fabrics. Today I hope to get to a local shop to find 7 light/medium blue TOTs in small scale prints for a friend's project. I'll have the fun of shopping on someone else's nickle!

Kim said…
Great block, and a great name for the quilt that will result. I love the way your blocks look so far on your design wall, and I've bookmarked this page so that someday when I don't have any other projects going on, I can remember that I too wanted to make a quilt like yours--LOL!
Saturday, February 01, 2014 5:39:00 PM