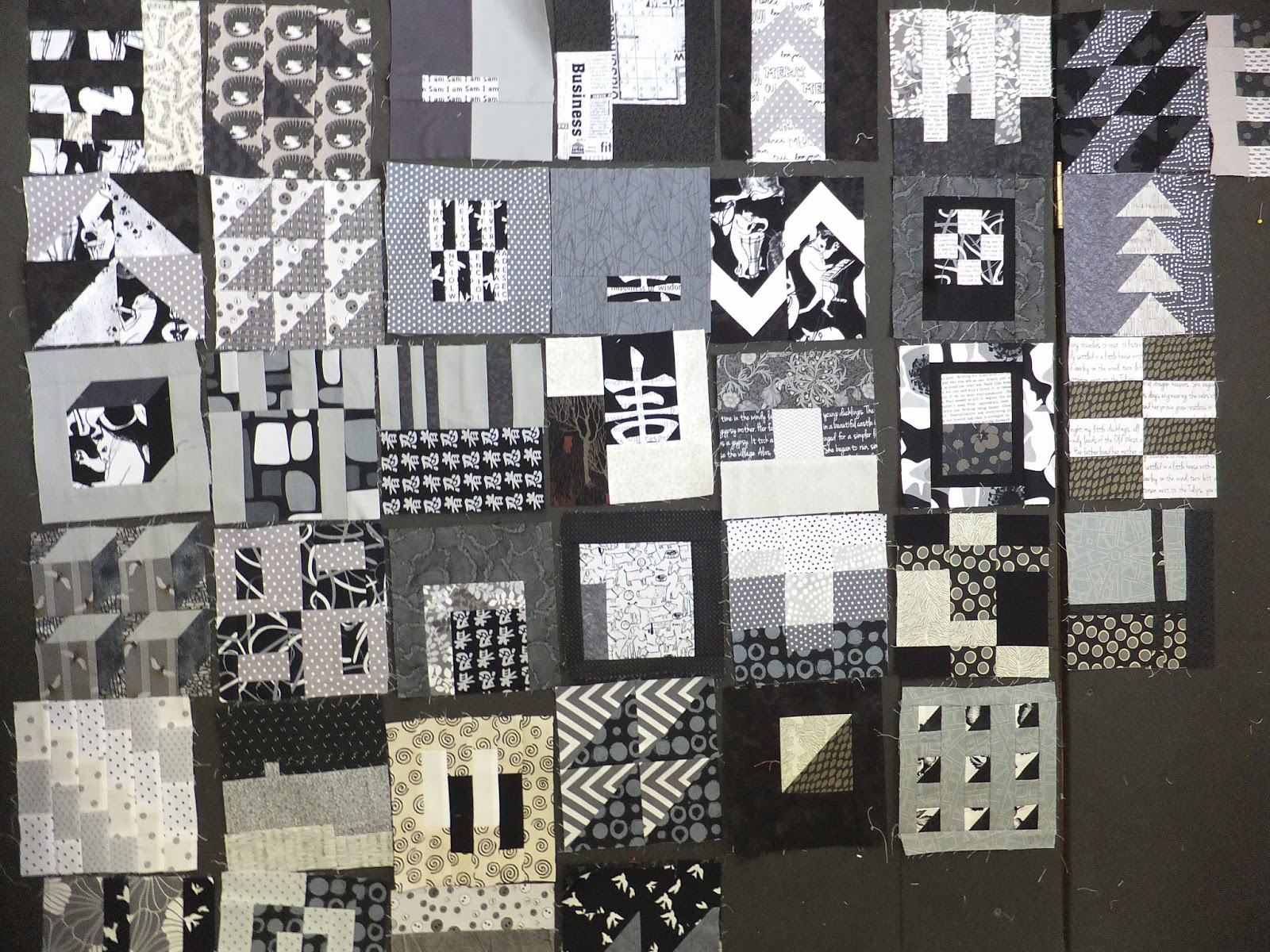 The little 6" finished black and gray blocks continue. I have lost count of how many I have made at this point. I just know that I have fewer than twenty-five until there are enough for the layout that I'm working toward. It is one of the designs in the back of Tula Pink's book and it looks like skyscrapers. I have a clothes basket full of all of the gray and black and black/white and gray/white fabrics I had around, including some I acquired for this project and some that were begged from friends. It is going to be a nifty quilt, and, frankly, I do not look forward to the assembly process -- there are a million skinny little lattices that must be lined up  . . . . 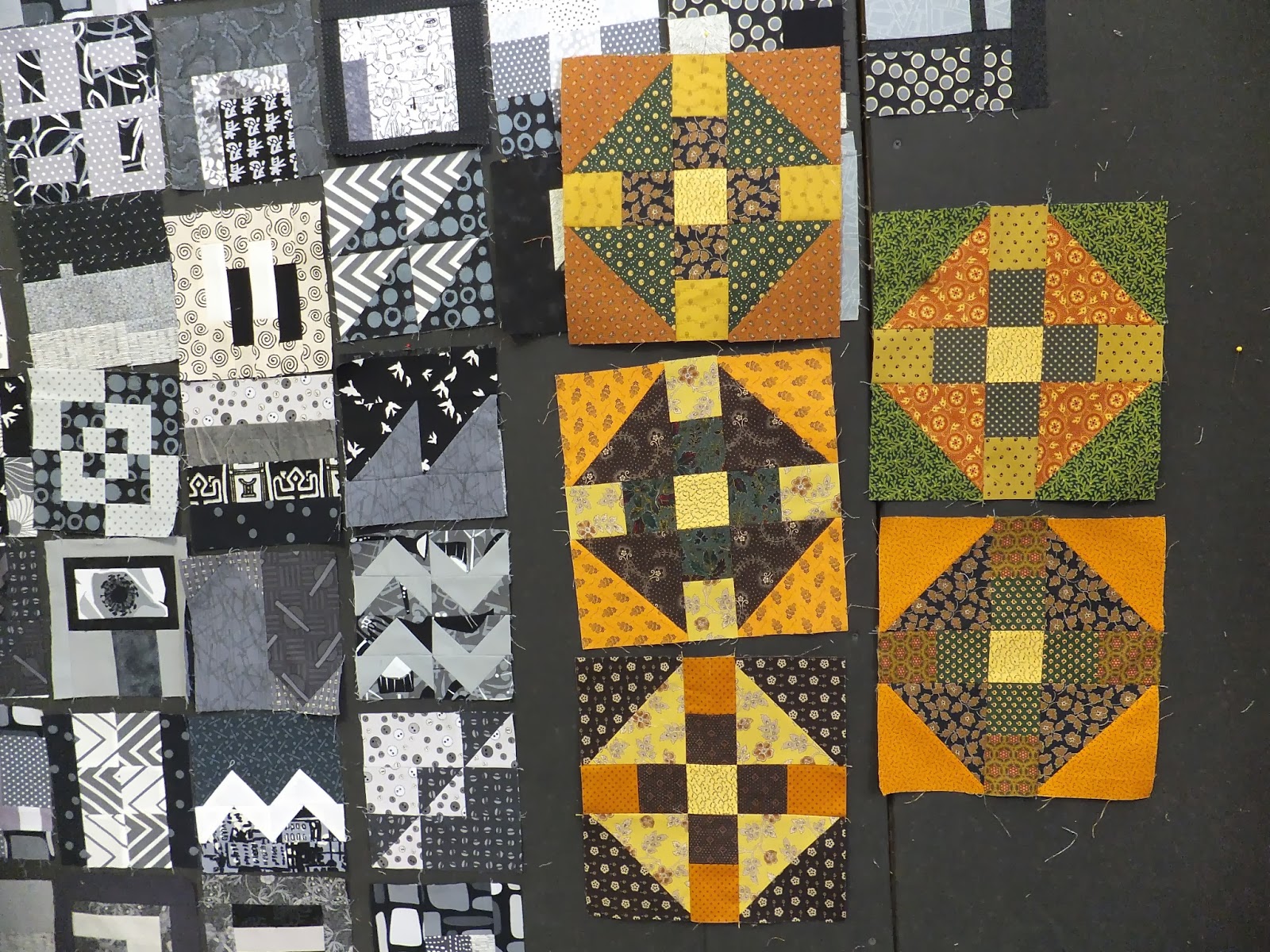 But I tell you, between the gray on the wall in the studio and the gray of the dirty snow and the clouds outside my window, I have about enough gray going on.

The remedy, of course, was to start a lively leader-ender project. I dug into the bin of CWs and pulled out some oranges, some greens, and some yellows and started working on a dozen blocks. I had seen a photo of a quilt on Pinterest that I liked very much; it had a lot going on and was bright colors. So that's what I'm trying to do. The blocks will each have HST borders and then there will be lattice and cornerstones and lions and tigers and bears and a border or two and this leader-ender top will be the absolute antithesis of the skyscrapers!

Quiltdivajulie said…
The grays may end up being nifty, but they are not something I would be able to work on . . . black and white and something bright would be my combo.
Monday, March 03, 2014 5:58:00 PM

Janet O. said…
You need to work on those greys during some sunny, colorful summer days, Nancy! It will be intweresting to watch you build this skyscraper!
Your colorful project really caught my attention. Those colors draw me in.
Monday, March 03, 2014 6:24:00 PM

Nann said…
You confirm that I am not the only quiltmaker who does not stick to one style-of-fabric. I like the cool grays (do you need to add lattices, or what about just putting the blocks cheek-by-jowl?). And I like the warmer tones, too.
Tuesday, March 04, 2014 8:05:00 AM

LizA. said…
What an interesting contrast of projects on your design wall. Hhhm, you've just reminded me of another UFO to add to my list....one very long, dreary winter I started a gray and yellow project -- Waiting for Spring. Guess I need to dig that one out and complete it.
Thursday, March 06, 2014 11:38:00 AM

Laila said…
Hi.
I love your blocks. I'm making all the blocks in the book,but I making it from one of my boxes with diffrent redfabrics.
I meet Tula Pink in Birmingham last year,she are a great designer. I total fell for her fabrics.
Laila
Thursday, March 13, 2014 7:12:00 PM