Flash of RWB: A Flimsy 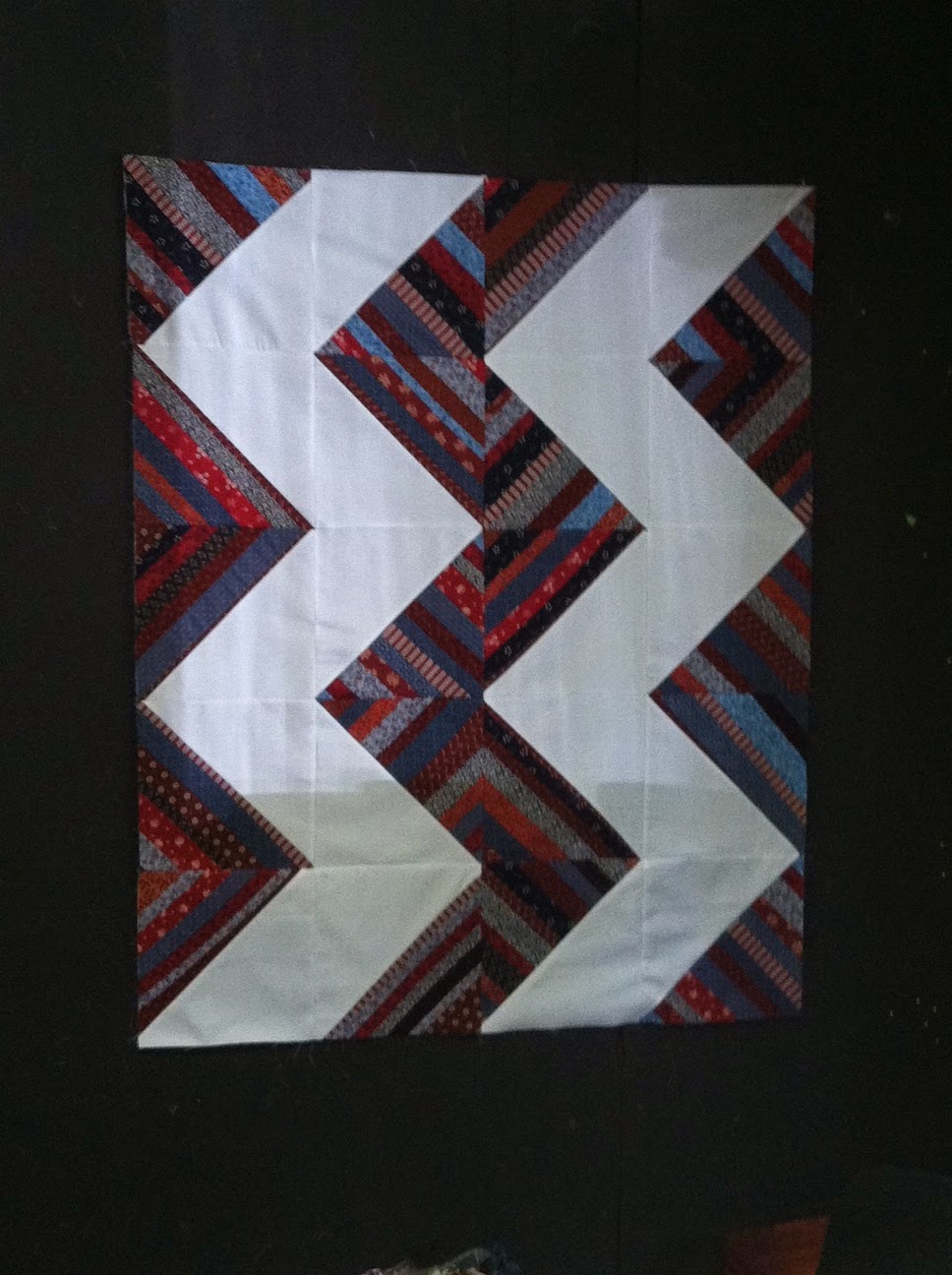 The second of the planned wheelchair lap quilts is finished. The photo is a little dark, but I think if you click on it, you'll be able to see how it really looks.

For this one I used many of my red and blue CW pieces, but there are still some left.

As for the white, back when Judy and I belonged to The Other Guild, one night we came to the meeting and found fabric everywhere. Apparently a long-time member had passed away and her stash came to the guild. The quilting cottons had already been consumed by the vultures other members, but there was this big three-yard piece of heavier weight white, almost like duck or twill. I claimed it, thinking that somewhere there would be a use for it. The string blocks are pieced on a muslin foundation, and the combined weight is similar to the white, so I went ahead and used it.

Today I began work on lap quilt number three. Needing a break from the Civil War, I'm working with the scraps from the African quilt I made for our church to raffle in the fight against malaria. Some of the fabrics came from Wanda; she liked the idea of raising money to eradicate malaria. I bet she'll also like the idea of lap quilts for wheelchair-bound Veterans.

Exuberantcolor/Wanda S Hanson said…
Yes, I do like the idea of wheelchair quilts for the veterans. I made a couple a few years back when a friend was going to visit Walter Reed Hospital and wanted to take 50 quilts with her. I'm glad you have some leftovers to work with.
Wednesday, July 09, 2014 11:12:00 AM

Barbara Anne said…
Love this jazzy lap quilt and your great use of that heavier weight fabric! What an excellent pattern for your red and blue fabrics, too. Someone will love receiving this quilt.