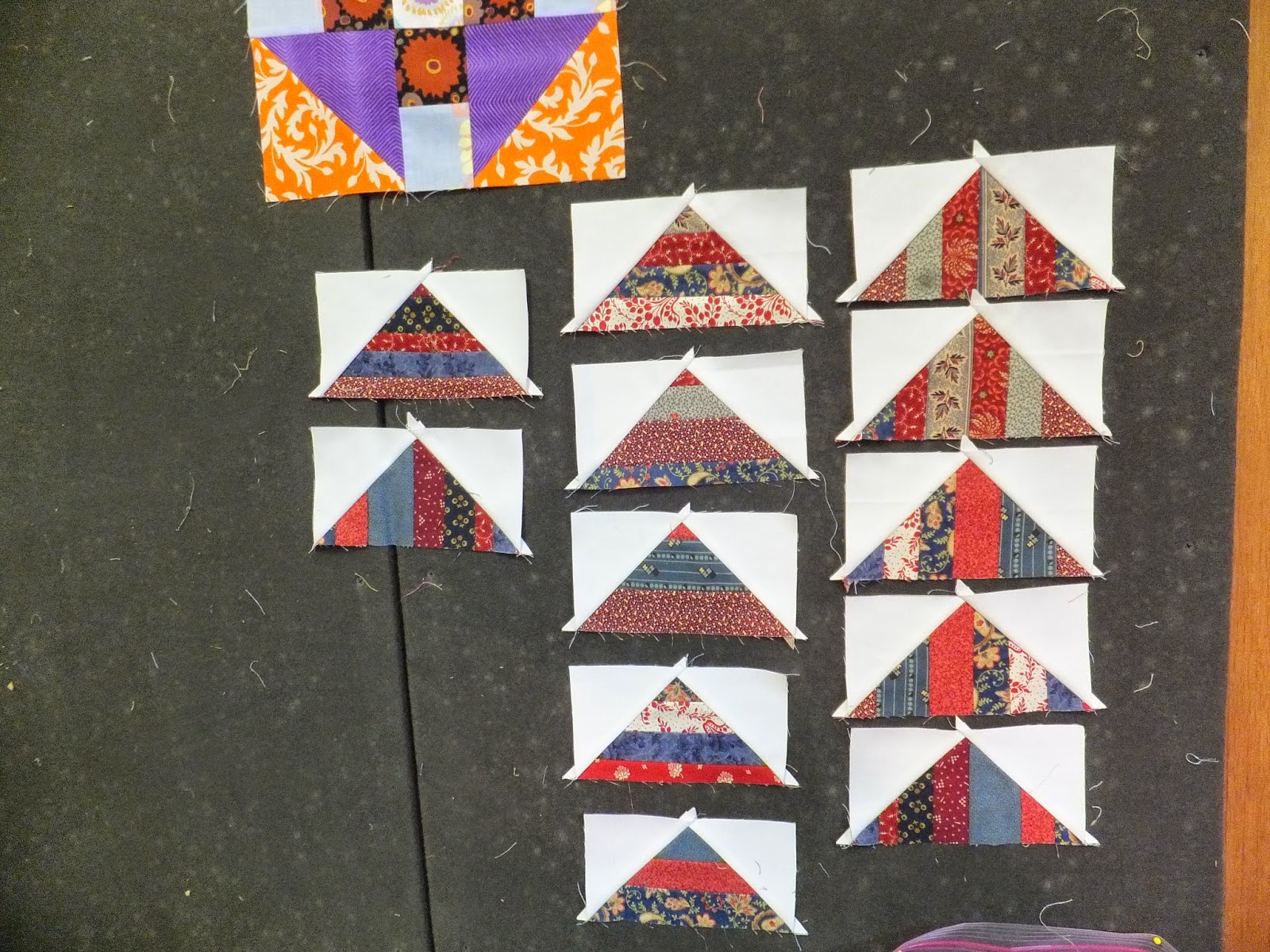 Here's the current gaggle of geese-in-progress. Above is a glimpse of my leader-ender project, more about which in a minute.

Believing that somebody is going to ask how those geese were made, here's what I did: 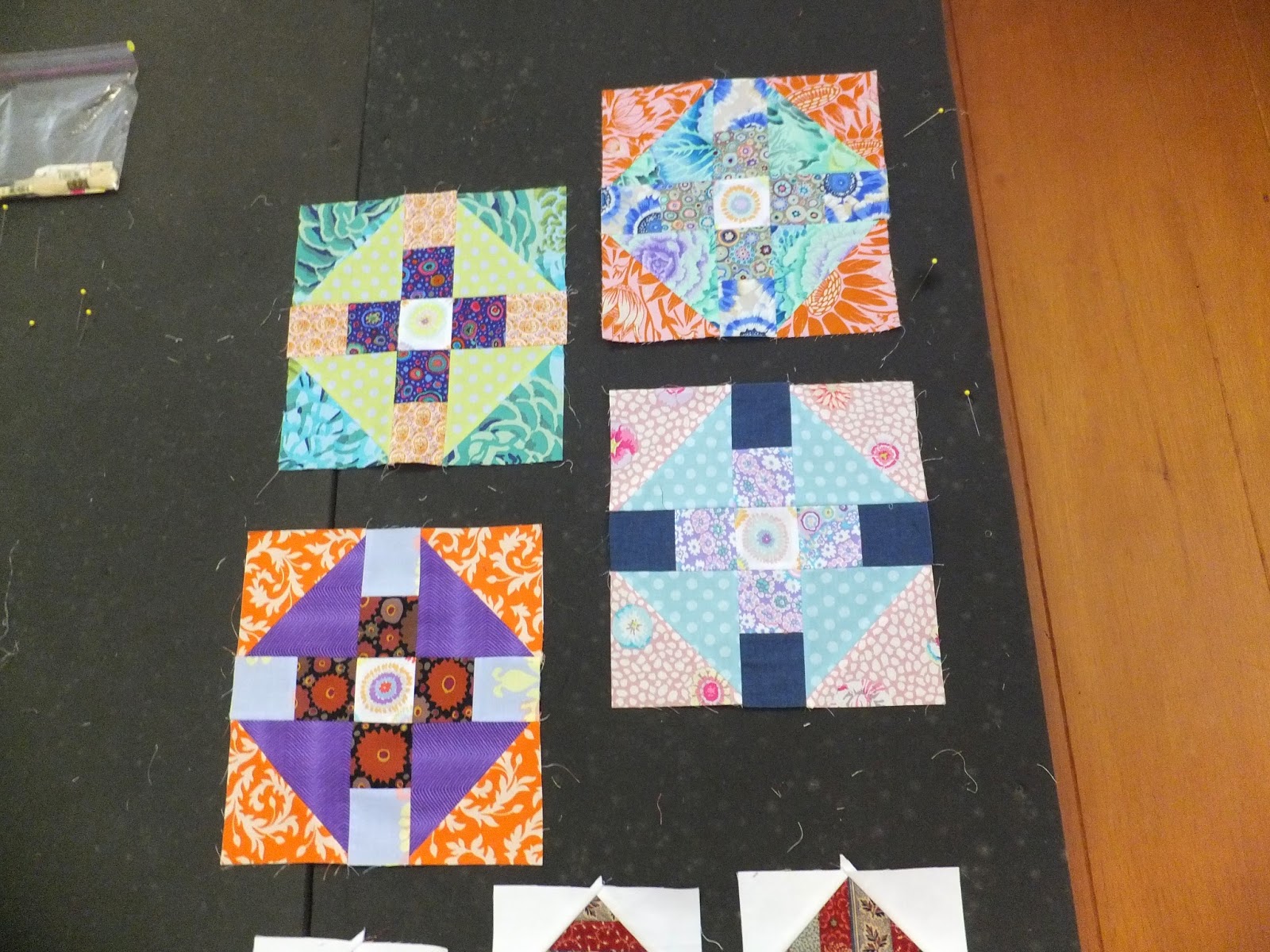 So far I have four blocks made and two more in progress. They are the same design as Ninety Degrees in the Shade. I'll get all twelve blocks made before adding the "teeth" around each one.

Trying to be very gentle with this leader-ender; you know how mine have a tendency to get pushy and demand to be released from L-E status and convert to "real" projects.

Sewing on a Summer Sunday afternoon, Near Philadephia

antique quilter said…
going to have to try this flying geese method scrappy! thanks! love the blocks
Kathie
Monday, July 21, 2014 5:48:00 AM

Barbara Anne said…
What an interesting suggestion for making scrappy geese. Will give this a try ... someday! I am very interested in seeing how you put these geese together. The layout choices are nearly endless.

Cheers for more L-E blocks and whatever they might become as you sew!

I use the Mary Sue Suit method of getting 4 matching, accurate flying geese with slivers of waste as you square up. Thanks for the good tutorial, but methinks I'm set in my ways.

Lynn Dykstra said…
Well, you just gave me two more projects to do.