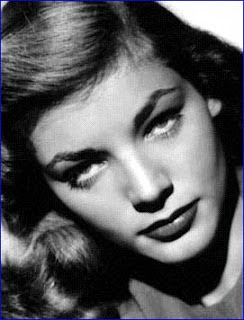 I was fortunate to grow up in a terrific neighborhood Near Philadelphia; in fact, in the same town where Joe and I presently live. I can easily walk over to the street where I used to catch lightning bugs and play kick-the-can and lay-low-sheepie on summer nights with Nancy and Betsy and Billy, with Bruce and Patsy, with Wendy and with Sandy and Billy; we were often joined by Nina and Lynn, as well. We didn't have sidewalks, but it didn't matter -- our little pocket was almost a secret even in our town; there were people who had never heard of our street.
. . . .
My house backed up to a wooded area; down at one end of the woods was an amazing field of violets and a patch of wild growing bluebells that we would pick and put into hand-made paper baskets on May Day. Down further was a spring and a stream where we built primitive dams and caught the occasional tadpole. Directly behind my home, at the edge of the woods, was a house that was built in the style of a castle. It was a magical place to grow up.
. . . .
There were older kids in the neighborhood, too. But not as many as there were of us, the early Baby Boomers and those born in the year or two immediately before the Boom began. One of the older girls was Sandra, Wendy's sister. Wendy and I were in the same grade, and while we were never close enough to do things like sleep-overs, we got along well and went to each other's birthday parties. Whenever I was at Wendy's house, my time would be enhanced if there was also an encounter with Sandra. She was perhaps four years older than Wendy and me, but what a difference those four years made! When we were awkward and a bit pimply, she was graceful, with a lovely complexion and an air of what I later came to learn was sophistication. I once saw a picture of Lauren Bacall, and her glamour and sensuality were reminiscent of Sandra. You would think that such an elegant person would have had no time for the likes of us, but you would be mistaken. She showed me her paintings, exchanged trading cards, and generally shared her amazing grown-up world with the rest of us, and not in a condescending way, either.
. . . .
One night during junior high school after a dance, Wendy's parents invited some of us in for refreshments. The boys were amazed to find this elegant creature in the house (probably an extremely rare dateless Saturday for her), and quickly proposed a game of spin-the-bottle, and insisted she be part of it. I don't remember a whole lot more other than the fact that Sandra didn't lord her magnificence over us, but sincerely admired our dance dresses. It would come as no surprise to learn that Sandra studied art in college and was the first person any of us ever knew of who actually moved to New York City!
. . . .
I've been on Christmas Card status with Wendy for the past 40+ years, and have actually gotten together with her once or twice on the rare times that she's passed through Philadelphia. I expect our paths will cross again. But the truth is, I hadn't thought of Sandra in ages.
. . . .
Until the email came. She wrote that Wendy had shared a link to my blog and she'd been reading it. She was, as always, full of kind comments. She wrote of admiring the tone of my writing, of finding my insights valuable. What a lovely surprise!
. . . .
She's still in New York. I don't know exactly what it is that she does there, but it is something glamorous that has to do with film-making and movie stars and art. She got me to thinking about happy summer nights and I could almost hear Bruce or Betsy or someone calling, "Apples peaches punkin pie; who's not ready -- holler 'I'!" I remembered once again the night of the dance and how somehow being around Sandra helped us to realize that none of us would be flat-chested and pimpled for ever -- that while we may not ever be as elegant as she, we would, indeed, grow up!
Email Post
Labels: History

LoieJ said…
Sounds like a lovely childhood...imagine, right in the city. (Suburb, actually, right?) I grew up on the edge of Milwaukee and there were areas to catch tadpoles, etc. However, I was extremely socially inhibited, so the friendships didn't come easily. Perhaps that is why I remain a very loyal friend to "old" friends.

Mrs. Goodneedle said…
What a lovely surprise... to learn not only that you have inspired someone, but that it is someone you had always looked up to! You provide so much for so many, thank you Nancy!
Tuesday, May 08, 2007 2:51:00 PM